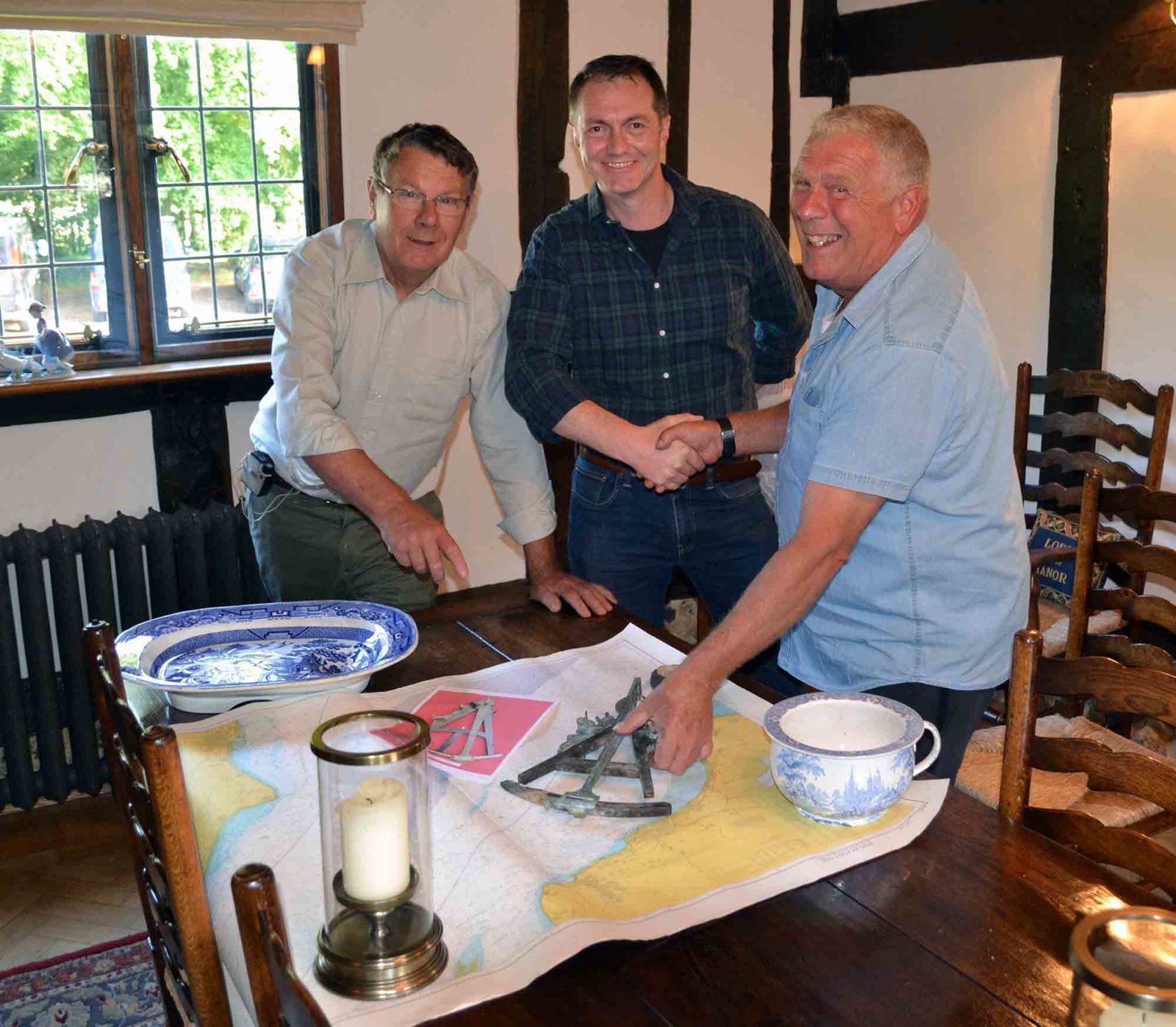 A recent feature about a shipwreck in DIVER magazine has resulted in the handover of a mid-19th century navigational instrument to a descendant of its original owner.

Belgian diver Stefan Panis has been capturing the imagination of readers with recent articles on diving wrecks with interesting cargoes, including the Josephine Willis. The 1000-ton timber ship had carried passengers and cargoes on the 100-day voyage between London and Auckland, New Zealand under its captain Edward Canney.

On 3 February, 1856 the ship set sail carrying 70 passengers, 35 crew and a valuable cargo of ceramics and other artefacts. After being accidentally rammed in the Dover Strait by the iron steamer Mangerton, she sank with the loss of 70 people. Panis was part of the team that rediscovered the wreck 156 years later.

James Canney, the great-great-great-grandson of Captain Canney, read the article in DIVER and was able to contact Panis and, through him, other members of the dive-team Eddie Huzzey and Paul Wilkin.

They met at Wilkin’s home, where the divers presented Canney with an octant, a measuring instrument used for navigation that they had recovered from the wreck.

All artefacts found by the divers on the Josephine Willis have been declared to the Receiver of Wreck but are being held in their safe-keeping, says Panis.

“The octant still belongs to the Crown until the Receiver of Wreck reaches a decision about the allocation of ownership and title, but this was an unusual situation,” he told DIVER.

“I mean, how many people get to see something owned by an ancestor after 162 years, let alone something that has been on the bottom of the sea all that time?”