Diver Ballesta triumphs with his Creation

Diver Ballesta triumphs with his Creation 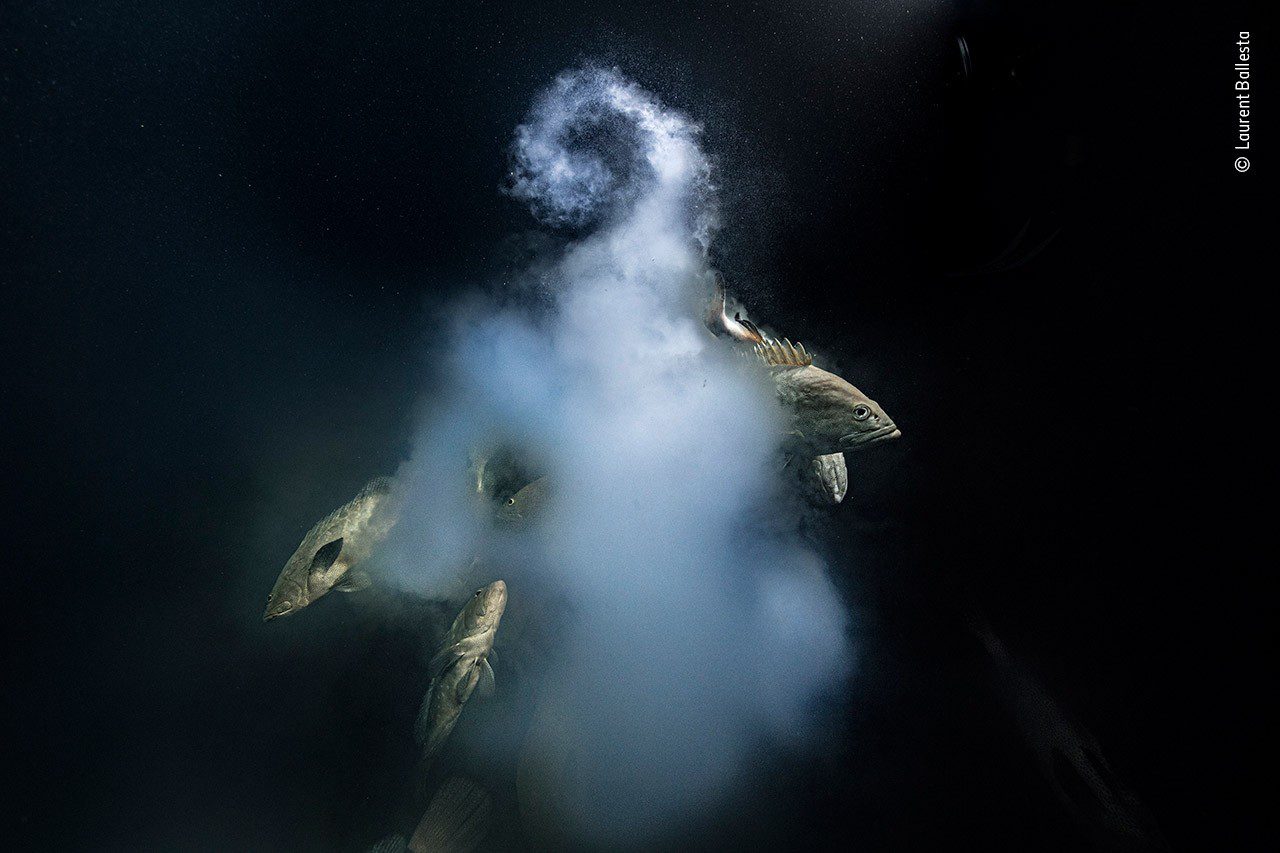 A scuba diver has emerged as overall winner of one of the world’s most prestigious wildlife photography competitions. French underwater photographer and marine biologist Laurent Ballesta won the 2021 Wildlife Photographer of the Year Grand Title with his image Creation, showing camouflage grouper exiting their milky cloud of eggs and sperm in Fakarava, French Polynesia.

Ballesta’s photograph was selected from more than 50,000 entries from 95 countries by the judges of the competition, developed and produced by London’s Natural History Museum (NHM). The online awards ceremony for this, the 57th competition, was held yesterday (12 October).

Each entry was judged anonymously by a panel of experts for originality, narrative, technical excellence and ethical practice.

For five years Ballesta and his team returned around July’s full moon, diving day and night to catch a spawning event that can involve up to 20,000 fish gathered in a narrow channel between ocean and lagoon. After dark they were joined by hundreds of grey reef sharks hunting the grouper, which are IUCN-classified as Vulnerable but protected within the biosphere reserve.

“The image works on so many levels,” commented judging-panel chair Rosamund Kidman Cox. “It is surprising, energetic and intriguing and has an otherworldly beauty. It also captures a magical moment – a truly explosive creation of life – leaving the tail-end of the exodus of eggs hanging for a moment like a symbolic question mark.”

“In what could be a pivotal year for the planet, with vital discussions taking place at COP15 and COP26, Laurent Ballesta’s Creation is a compelling reminder of what we stand to lose if we do not address humanity’s impact on our planet. The protection provided to this endangered species by the biosphere reserve highlights the positive difference we can make.”

Creation was one of 19 category winners, with three new categories including “Oceans – The Bigger Picture”, and underwater photography had a particularly rewarding year.

UK photographer Alex Mustard was among the category winners in the Natural Artistry section with “Bedazzled”, his hard-won picture of a juvenile ghost pipefish in a featherstar.

Another past DIVER magazine contributor, Justin Gilligan from Australia, topped the Plants & Fungi category with “Rich Reflections”, depicting a marine ranger among seaweed at Lord Howe Island on the world’s southernmost tropical reef.

Spain’s Angel Fitor won the Portfolio Award with “Face-off, from Cichlids of Planet Tanganyika”, showing two male fish fighting jaw to jaw over a snail shell in which a female is ready to lay eggs. And Portuguese diver Joao Rodrigues won the Behaviour: Amphibians & Reptiles category with his portrayal of giant newts in a lake.

Displayed alongside insights from NHM scientists and experts, the 100 final images will be showcased in lightbox displays at the Wildlife Photographer of the Year exhibition, which opens at the museum on Friday (15 October) and continues until 5 June next year. It is open every day from 10-5.50, and full tickets cost £17.25. The exhibition will later go on tour across the UK and internationally.

The 58th Wildlife Photographer of the Year competition opens for entries from photographers of all ages, nationalities and levels on Monday (18 October) until 9 December.