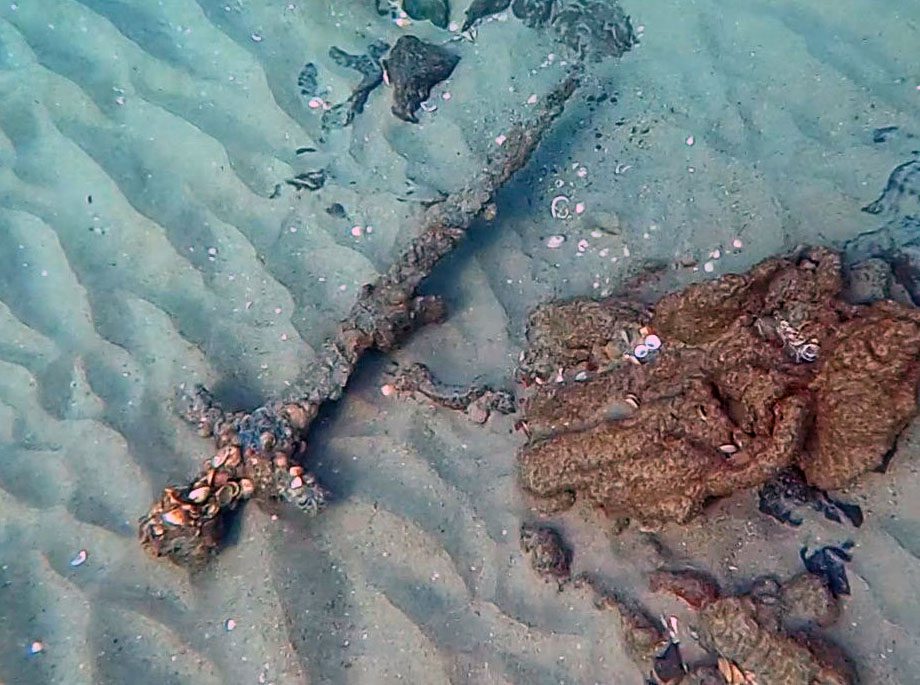 A recreational diver has discovered a Crusader knight’s sword off a Mediterranean beach in Israel.

The finder was Shlomi Katzin from Atlit, a coastal town south of Haifa. In the 13th century it had been a Crusader fortress village called Chateau Pelerin, and fell to the Mamluk sultanate in 1291.

It is thought to have been recently uncovered by wave or current action. Fearing that it might be buried again or stolen, he brought it up and reported his find to the Israel Antiquities Authority robbery prevention unit.

Anchors and pottery fragments were also found by archaeologists near the weapon site. “The sword, which was kept in perfect condition, is a beautiful and rare find, and it seems to belong to a Crusader knight,” said the unit’s supervisor Nir Distalfeld.

“It’s exciting to encounter such a personal object, that takes you in your imagination 900 years back in time to another period, of knights, armour and swords.”

The Crusades were undertaken by Christian countries including England and France between the 11th and 13th centuries in a bid to win control of the Holy Land.

Kobi Sharvit, director of the IAA’s marine archaeology unit, told the Times of Israel that the location had attracted ships through the ages, with some finds in the area dating as far back as 2000 BC.

“The Carmel coast contains many natural coves that provided shelter for ancient ships in a storm, and larger coves around which entire settlements and ancient port cities developed,” he said.

“The discovery of ancient finds by swimmers and leisure divers is a growing phenomenon in recent years, with the increasing popularity of these sports. The recent discovery of the sword suggests that the natural cove was also used in the Crusader period, some 900 years ago.”

The sword is being conserved in the laboratories of the IAA’s national treasures department, with the intention of later putting it on public display.