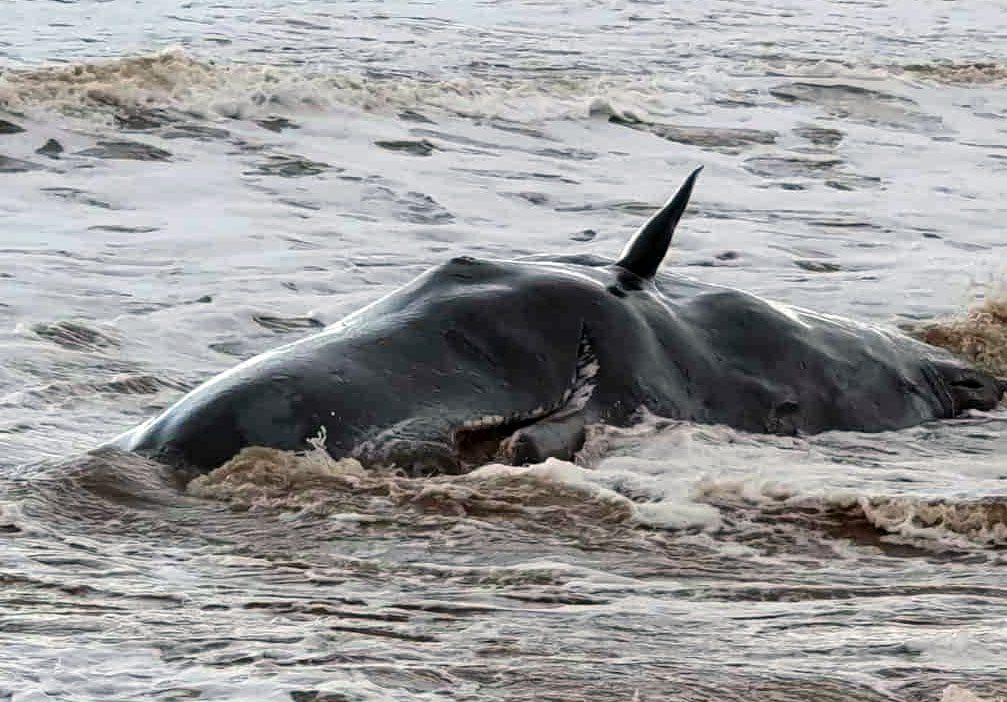 Members of the volunteer force British Divers Marine Life Rescue spent Christmas Eve on an East Yorkshire beach in rough weather – but were unable to provide a happy ending to the mass stranding of 10 sperm whales.

Two large whales had initially been reported in trouble in the early morning in shallow water between Tunstall and Withernsea, with unknown numbers further offshore.

The Coastguard informed BDMLR, which sent a team of its Marine Mammal Medics with rescue equipment to join its officers at the scene, but with rough seas and bad weather there was little that could be done other than to observe the unusual incident. The last of the pod of juvenile male whales had died by late afternoon.

Normally sperm whales, the largest of the toothed whales, would be foraging as deep as 2km for squid off the west coast of the UK, said BDMLR. There were few feeding opportunities for them in the shallow North Sea where they stranded, and in their malnourished condition it was thought they would not have survived for long even if they could have been refloated.

Most of the BDMLR’s work is carried out with seals, dolphins and porpoises. The size and weight of sperm whales, with those stranded measuring almost 20m in length and weighing up to 80 tonnes, makes them very difficult to lift, move or even euthanise.

Local authorities and beach-owners would have to arrange disposal of the whales if their bodies were not washed back out to sea, said BDMLR.

Despite the logistical difficulties caused by the coronavirus pandemic, during 2020 the organisation’s volunteers responded to 1788 call-outs. The vast majority of these involved seals, along with 94 for dolphins and porpoises and 36 for whales.

BDMLR was formed by scuba divers in East Anglia in 1988 – find out more about its work here.