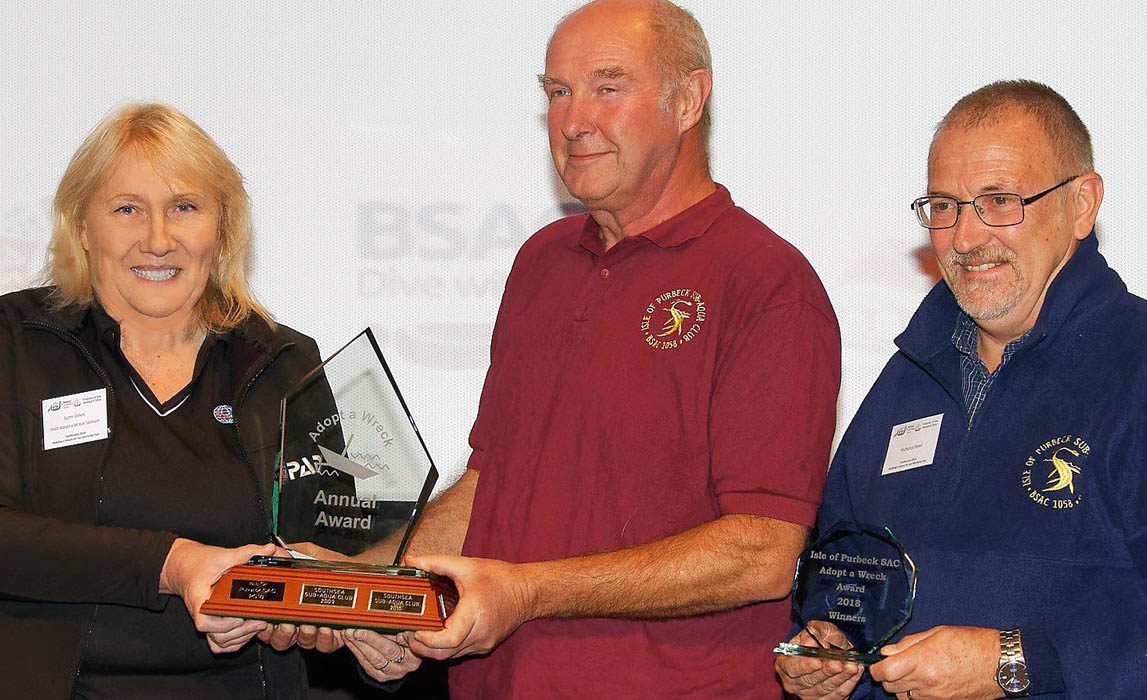 An archaeological survey of Poole Bay’s Valentine tank wrecks by Purbeck Sub Aqua Club has won it recognition – in the form of the Nautical Archaeology Society’s 2018 Adopt a Wreck Award.

The WW2 experimental amphibious vehicles were lost during “Exercise Smash” after being launched from Studland Beach on 4 April, 1944, as part of the preparation for the Normandy landings.

Only 25 of the 32 tanks returned to shore. In the following years five of those that had ben wrecked were destroyed by the Royal Navy, with the other two left to the effects of commercial fishing and natural decay.

The Dorset club took on what the NAS described as a “considerable challenge” in conducting its survey and creating an archive of the wrecks, in preparation for a “The Tanks that Swam” exhibition to commemorate the 75th anniversary of Exercise Smash next year.

“Though the project began as a means of collecting and collating data, a much more profound story was brought to life; the story of the six men who lost their lives,” says the NAS. “This project has not only unearthed a legacy for these men, but also for the local community, maritime archaeology and the club itself.”

The award was presented to the club’s Training & Project Officer Nick Reed at the NAS’s “Building a Future for Our Maritime Past” conference on 17 November.

“We’re extremely proud to have won the award,” said Reed. “Knowing some of the previous winners and the calibre of their submissions, it’s a real honour to have our name on the trophy. It’s also recognition of the efforts we have been making to tell the story of the six men and Exercise Smash.”

The Adopt a Wreck Award is given annually to the person or group the NAS considers to have made the most significant contribution to archaeology.

More information about the award-winners and how to apply for an award can be found here.