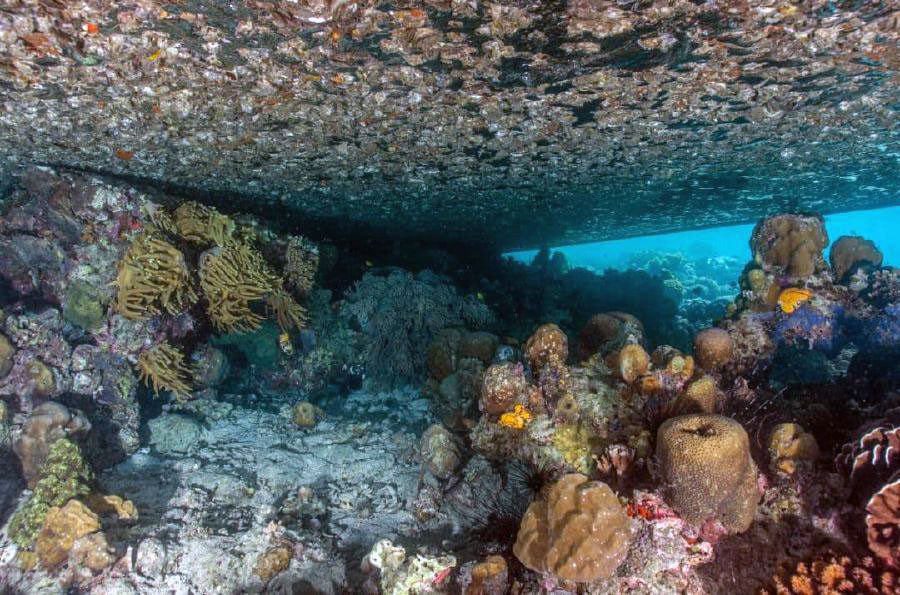 Scuba divers and environmental bodies in Malaysia have been counting the cost of a government-contracted barge that has crushed the Paradise 1 coral reef off Mabul island.

The dive-site, which was especially popular with underwater macro photographers, was described as “flat as a football field” and a “graveyard of broken corals” by divers in Malaysian press.

After winning government approval for the operation, contractor Hartamas Borneo was reported to have ignored local advice that the vessel, carrying construction materials to build an operations base for Eastern Sabah’s security services, was far too big for the task.

A Mabul resort manager has said that he contacted the contractor as soon as he saw the size of the barge to explain that it was three times too big to land safely without grounding on the reef, even at high tide. Regardless of his advice the barge ran aground in the early hours of 25 June, the manager describing the resulting damage as “devastating”.

This is not the first time such an incident has occurred in Malaysian Borneo (Sabah). A barge carrying materials to build tourist facilities caused severe damage at world-famous Sipadan island in 2006, while in 2019 a stranded cargo ship damaged 3000sq m of coral reef near Kalampunian Island in Kudat’s Tun Mustapha Park.

Unlike those sites, however, Paradise 1 does not lie in the protected Sabah Parks area. Known for its healthy and rare coral species, it is routinely used as a training site for Reef Check Malaysia’s Eco-diver courses.

Mabul became a popular diver tourism attraction following the imposition of quotas at Sipadan, but the recent damage was described as posing a threat to local livelihoods. The island has a population of about 2000.

Bodies such as WWF-Malaysia, which runs a community engagement programme in the area, local youth organisation IKLIM, which works on coral-restoration projects, and marine-conservation outreach body Green Semporna have called for a thorough investigation and action to prevent further such incidents.

The Malaysian government has promised to carry out a damage assessment and to begin a coral-restoration programme as soon as possible.

But while The Ministry of Tourism, Culture & Environment said that the Environmental Protection Department would investigate the incident, it was made clear that there were no provisions to take legal action against the barge operator – which seems unlikely to satisfy the many concerned marine-conservation groups.

“Many of the key indicator species for Reef Check could be found along Paradise One – illustrating how diverse that particular reef was,” commented Reef Check Malaysia. “It can take many years for reefs to regenerate properly, especially with additional stresses such as coral-bleaching, which has been noted in the Semporna area recently.”