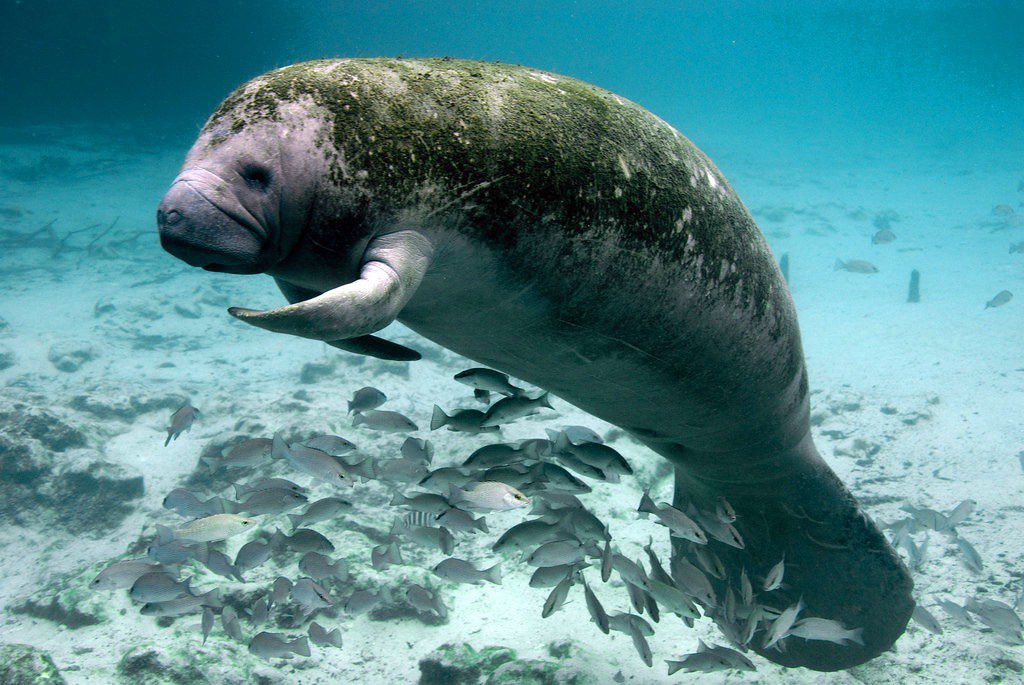 Starved of seagrass in Florida’s increasingly polluted rivers, springs and coastal waters, the state’s iconic manatees have been dying at such an alarming rate that its Fish & Wildlife Conservation Commission has taken the unusual step of declaring an “Unusual Mortality Event”.

In the first five months of the year 761 animals died in one lagoon alone, representing about 10% of Florida’s overall population and topping the total number of 637 manatee deaths reported in the state over the whole of last year. The worst annual death-toll occurred in 2018, when 804 manatees died.

Rehabilitation centres are now reported to be struggling to cope with the number of hungry and emaciated manatees being brought in for treatment.

It is the manatee sub-species Trichechus manatus latirostris that lives in Florida – the other sub-species north of the Equator lives in the southern Caribbean. Manatees require water temperatures of 20°C or more, so during winter they tend to congregate at springs or warmer coastal areas near power plants.

The only vegetarian marine mammals, manatees live mainly on seagrass as well as some algae and floating plants. But on the west coast in Tampa Bay a “Red Tide” algal bloom occurred earlier this year, while seawater quality was adversely affected by discharge of toxic wastewater from an abandoned fertiliser plant.

On the east coast one of the main manatee “hotspots” is the Indian River lagoon, where up to a third of all Florida’s 7500 or so manatees gather every winter.

However, blue-green algal and phytoplankton blooms are said to have been increasing there year by year, as a result of agricultural run-off and sewage discharges raising nitrogen and phosphorus levels. The cloudy waters block out sunlight and this is already reported to have killed off some 60% of the seagrasses that once sustained the manatees.

The animals have continued to gather in the lagoon, appearing to put warmth ahead of nourishment, but many were already reported to have been starving by the time they started to disperse to other parts of Florida as the waters warmed.

Frequent boat-strikes, ghost fishing-gear and plastics pollution are other hazards contributing to high manatee mortality rates, while the Centre for Biological Diversity reported in March that tests had revealed 55% of manatees to have traces of pesticides in their systems.

Under the Trump administration, when Florida’s manatee population was favourably compared with the 1200 or so animals recorded in the early 1990s, environmental budgets were cut and manatees’ Endangered species status was lowered to Threatened.

Conservationists argue that this action was premature and misguided, and that the long-term future of Florida’s manatees is in doubt unless the state's pollution problems can be tackled.

At the same time they are reluctant to embark on seagrass-restoration programmes at sites such as the Indian River lagoon, arguing that such action is pointless until pollution levels can be reduced.