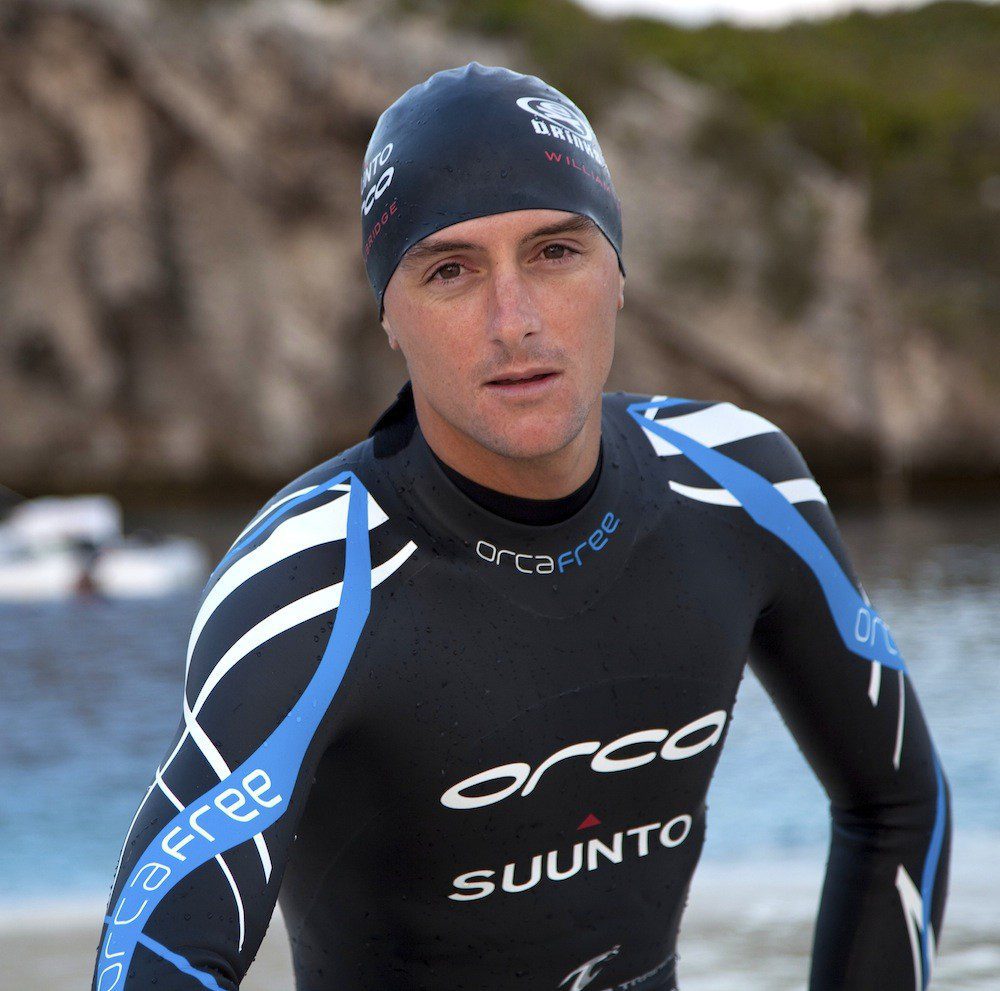 New Zealand freediver William Trubridge has carried out a “dolphin-style” underwater swim across the 14-mile-wide Cook Strait that separates the country’s North and South Islands, coming up for air between each of 930 breath-hold dives along the way.

The nine-and-a-quarter-hour crossing, carried out to raise awareness of endangered dolphins, took place in challenging currents on 15 February, with Trubridge using a monofin to propel him west from the capital Wellington on North Island.

His plan was to cover a distance of about 25m on each dive, followed by an air-break of around 10 seconds.

Trubridge is calling on New Zealand’s government to revise fishing regulations that he says fail to protect critically endangered Hector’s and Maui dolphins, and hopes his feat will draw attention to their plight.

Hector’s are among the world’s smallest dolphins and found only in New Zealand’s waters, while only around 50 breeding Maui adults now remain there. Trubridge described their protection as “a matter of now or never, or they will go past the brink and won’t be able to recover”.

The 38-year-old freediver said he had never swum in the Cook Strait before, or carried out any similar endeavour.

“If I’d missed that one there was another current from the other side of the headland that could have pushed me straight out to sea, so I was lucky on so many levels.”

He said he had enjoyed the first few hours of the challenge but grown fatigued in the later stages as the water got colder and the currents strengthened.

Trubridge holds the AIDA world record of 102m, set in the Bahamas in 2016, in the Constant Weight Without Fins freediving category.