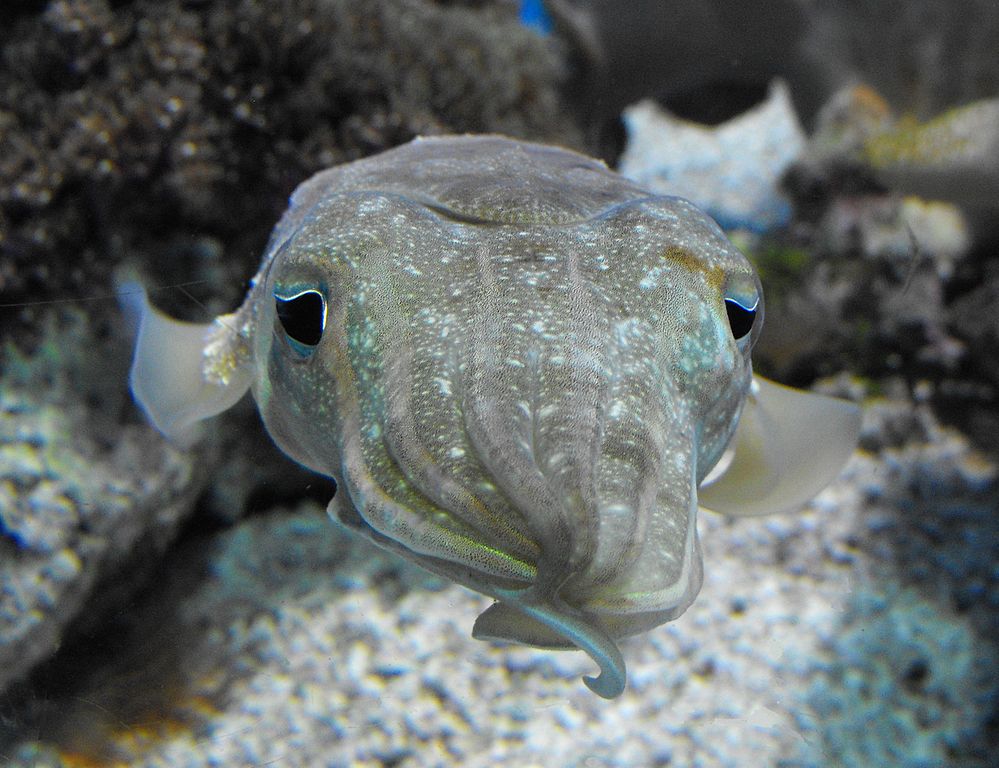 Pharaoh cuttlefish start their education early, researchers have found – even while still embryos, it seems that they will hold their breath and keep still when threatened. The finding is reckoned to provide the first evidence that invertebrates, like humans, are able to learn even before birth.

Scientists from France’s University of Caen Normandy and Taiwan’s National Tsing Hua University knew that cuttlefish embryos reacted to stimuli such as light, but they wanted to find out whether they could identify threats and respond directly to them.

Pharaoh cuttlefish have no parents to protect them when they’re born, because the father will have died after mating and the mother after laying her eggs. The egg-casings themselves become translucent in the period before hatching, so the embryos are able to see out but have no means of escape if under threat.

The experiment involved placing eggs in clear containers in a larger tank containing a pufferfish, known to prey on baby cuttlefish, and monitoring the response. The researchers were able to show that embryos perceived the threat and responded by reducing their ventilation, or breathing rate, which also meant reducing any movement.

Adding cuttlefish ink to the tank produced a similar response, as the embryos recognised this as a sign that other cuttlefish felt threatened.

When the pufferfish was replaced by an anemonefish, which is not a cuttlefish predator, the embryos’ breathing rate hardly altered, indicating that they could distinguish between the species.

With their defence mechanisms developed to this extent while still in the egg, it appears that the cuttlefish are well-equipped to cope with threats from the moment they hatch.

The research, which has yet to be peer-reviewed, is published here.