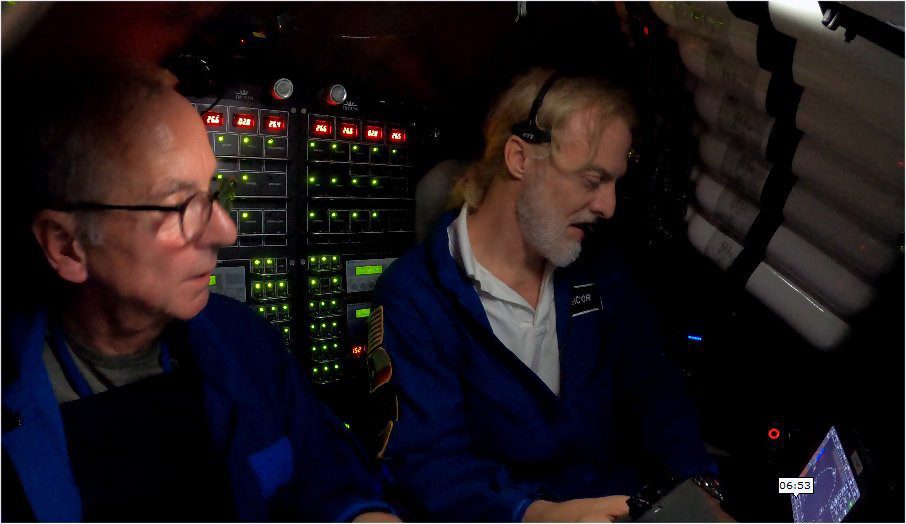 The expedition was led by Rob McCallum of EYOS Expeditions, which operates in partnership with Caladan Oceanic and Triton Submarines.

Rear Admiral Jean Louis Barbier, formerly of the French submarine fleet and an authority on La Minerve‘s sinking, accompanied Vescovo on the investigative mission, describing it as “one of the best experiences of my life”.

“The dive gave me a comprehensive view of the wreck and will allow me to progress and come to a conclusion about the loss of La Minerve,” he said.

On the second dive Herve Fauve, son of La Minerve’s captain Andre Fauve, sat alongside Vescovo. He said afterwards that “an old and impossible dream has become a reality”.

The 58m attack submarine lies broken in three in a 300 sq m debris field, 30 miles off the French coast near her home port of Toulon. Launched in 1961, she sank in heavy weather while manoeuvring under water on her snorkel, but the cause of the accident has yet to be determined.

In translation the plaque reads: “Sailors of the Minerve, we have been looking for you. We have never forgotten you. Your families, your brothers in arms, your friends.” Flowers were also laid over the site.

Last year the team used Limiting Factor to complete the Five Deeps Expedition, reaching the deepest point of each of the world’s oceans.

The Minerve Expedition, arranged in co-operation with the French Navy and Department of Sub-Aquatic Archaeology, was the start of a 2020 programme set to include diving to the deepest points in the Mediterranean, Red Sea and Pacific Ocean.