How great whites could save lives

How great whites could save lives 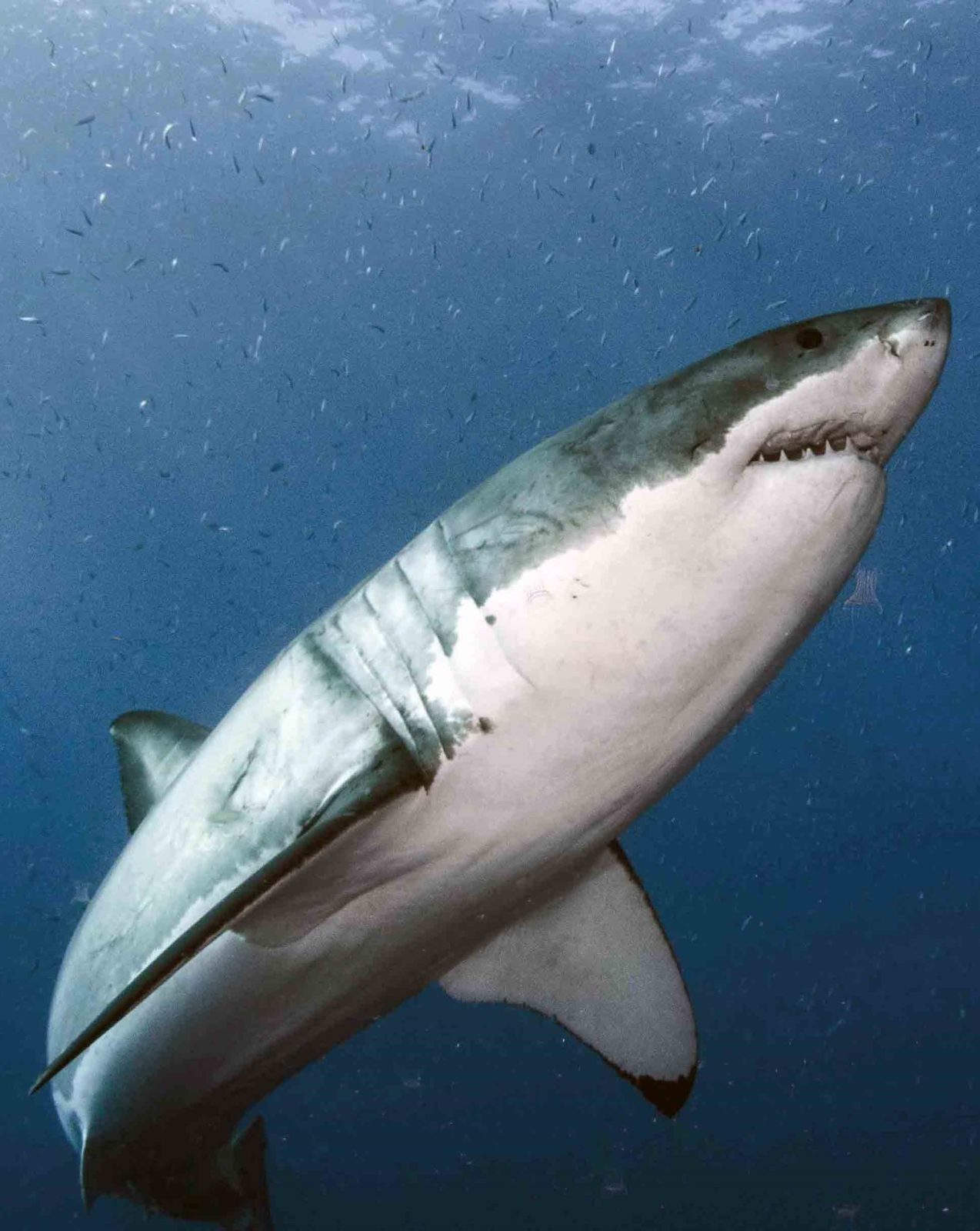 The complete set of DNA, or genome, of the great white shark has been decoded by a scientific team – and they believe their findings could have major implications in the search for a cure for cancer and more effective wound-healing in humans.

The white shark genome, which was found to be 150% bigger than that of humans, has revealed many genetic adaptations that could explain the evolutionary success of large-bodied, long-lived sharks.

The research was led by US scientists from Nova Southeastern University’s Save Our Seas Foundation Shark Research Centre in Florida, the Guy Harvey Research Institute (GHRI), Cornell University’s College of Veterinary Medicine and Monterey Bay Aquarium, and also involved a number of international scientific bodies.

In comparing the decoded genome to those of other vertebrates, including whale sharks and humans, the researchers found “striking occurrences” of specific DNA sequence changes related to maintaining the genetic defence mechanisms that counteract an accumulation of damage to DNA.

This “genome stability” was the result of adaptation of genes linked with DNA repair, damage response and damage tolerance.

“Genome instability”, the opposite phenomenon caused by accumulated DNA damage, is known to predispose humans to cancers and age-related diseases.

“Not only were there a surprisingly high number of genome stability genes that contained these adaptive changes, but there was also an enrichment of several of these genes, highlighting the importance of this genetic fine-tuning in the white shark,” said Mahmood Shivji, director of the Shark Research Centre and GHRI, who co-led the study with Michael Stanhope of Cornell.

The fact that white sharks share many of the key genome stability adaptations previously found in whale sharks was regarded as significant. Larger-bodied organisms are normally expected to be at greater risk of cancer simply by having more cells, yet white sharks and whale sharks appear to have evolved superior cancer-protective abilities.

“Decoding the white shark genome is providing science with a new set of keys to unlock lingering mysteries about these feared and misunderstood predators – why sharks have thrived for some 500 million years, longer than almost any vertebrate on Earth,” said Dr Salvador Jorgensen of Monterey Bay Aquarium.

“We found positive selection and gene content enrichments involving several genes tied to some of the most fundamental pathways in wound-healing, including in a key blood-clotting gene,” said Stanhope, adding that the adaptations “may underlie the vaunted ability of sharks to heal efficiently from even large wounds”.

“Genome instability is a very important issue in many serious human diseases; now we find that nature has developed clever strategies to maintain the stability of genomes in these large-bodied, long-lived sharks,” said Shivji.

“There’s still tons to be learned from these evolutionary marvels, including information that will potentially be useful to fight cancer and age-related diseases, and improve wound-healing treatments in humans, as we uncover how these animals do it.”

The study, which is also expected to assist with the conservation of great white and related sharks, is published in Proceedings of the National Academy of Sciences of the USA.