How sharks relax – by ‘surfing’

How sharks relax – by ‘surfing’ 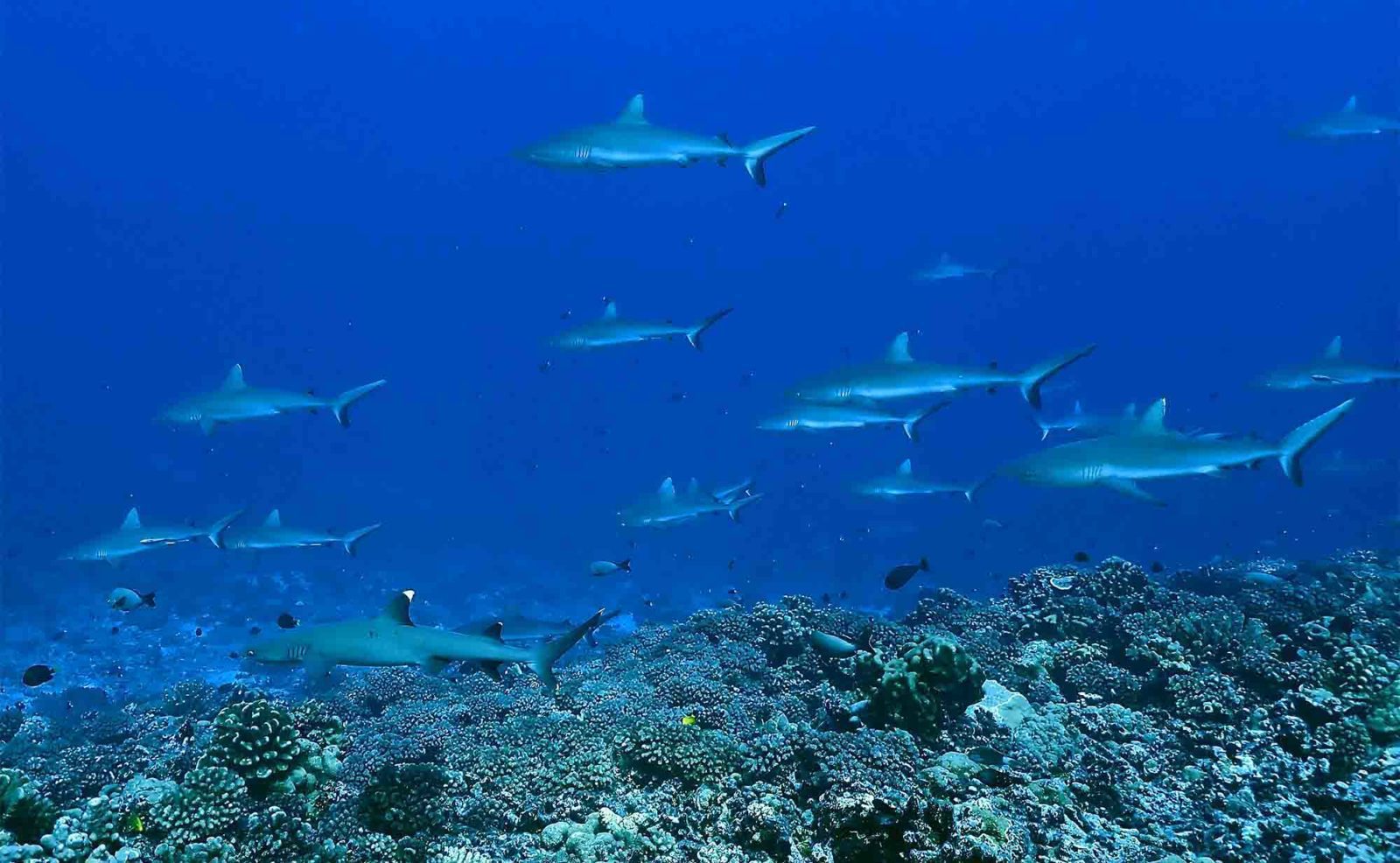 Not all shark species need to keep swimming to breathe – some use buccal muscles to pump water over their gills to extract oxygen.

But others such as great white and grey reef sharks lack these muscles so breathe using “obligate ram ventilation”, which does require perpetual motion. The question of how they manage to rest has long been a mystery.

Now scientists observing sharks in French Polynesia have worked out that they are able to power-nap when required – by “surfing the slope”.

The discovery was made by an international team led by marine scientist Yannis Papatamatiou of the Institute of Environment at Florida International University.

Scuba diving to study the 500 or so grey reef sharks in the southern channel of the celebrated Fakarava Atoll dive-site, Papatamatiou found that the sharks used the channel to hunt by night but stayed there during the day to float on updrafts from the current.

In this way they were able to resist the flow but to benefit from the oxygen it carried while barely even moving their tails. “During the day, they’re pretty placid and relaxed, swimming with minimal effort,” he said. “It’s interesting, because it’s a pretty strong current.”

He also realised that the sharks had developed a shuttle system, whereby one would reach the end of the channel before allowing the current to carry it back to its starting point, while another shark would take its place and repeat the process.

Combining their diving observations with the use of acoustic tracking tags and shark-borne cameras, the scientists compared the energy expended by sharks while surfing in the channel with those that dropped out of it. They found that the surfing behaviour enabled them to save at least 15% of the effort they would otherwise have used.

Papatamatiou and Gil Iosilevskii from the Technion-Israel Institute of Technology then used multibeam sonar and tidal-direction data to create a model of where updrafts were likely to appear. Receivers were placed along the channel to track the sharks, with 40 animals tagged to record their activity and depths.

The data confirmed that the sharks stayed in the updraft areas of the channel during the day and varied their depth for optimal energy savings. During incoming tides with strong updrafts they went deeper where the current was weaker, while during outgoing tides with more turbulence they enjoyed a smoother ride closer to the surface.

“Ultimately, the energy seascape helps explain why these animals are in this channel hanging out there during the day, said Papastamatiou. “Now we have an answer.”

The team’s findings could explain why large numbers of sharks assemble and remain in certain other parts of the world – they are published in the Journal of Animal Ecology.