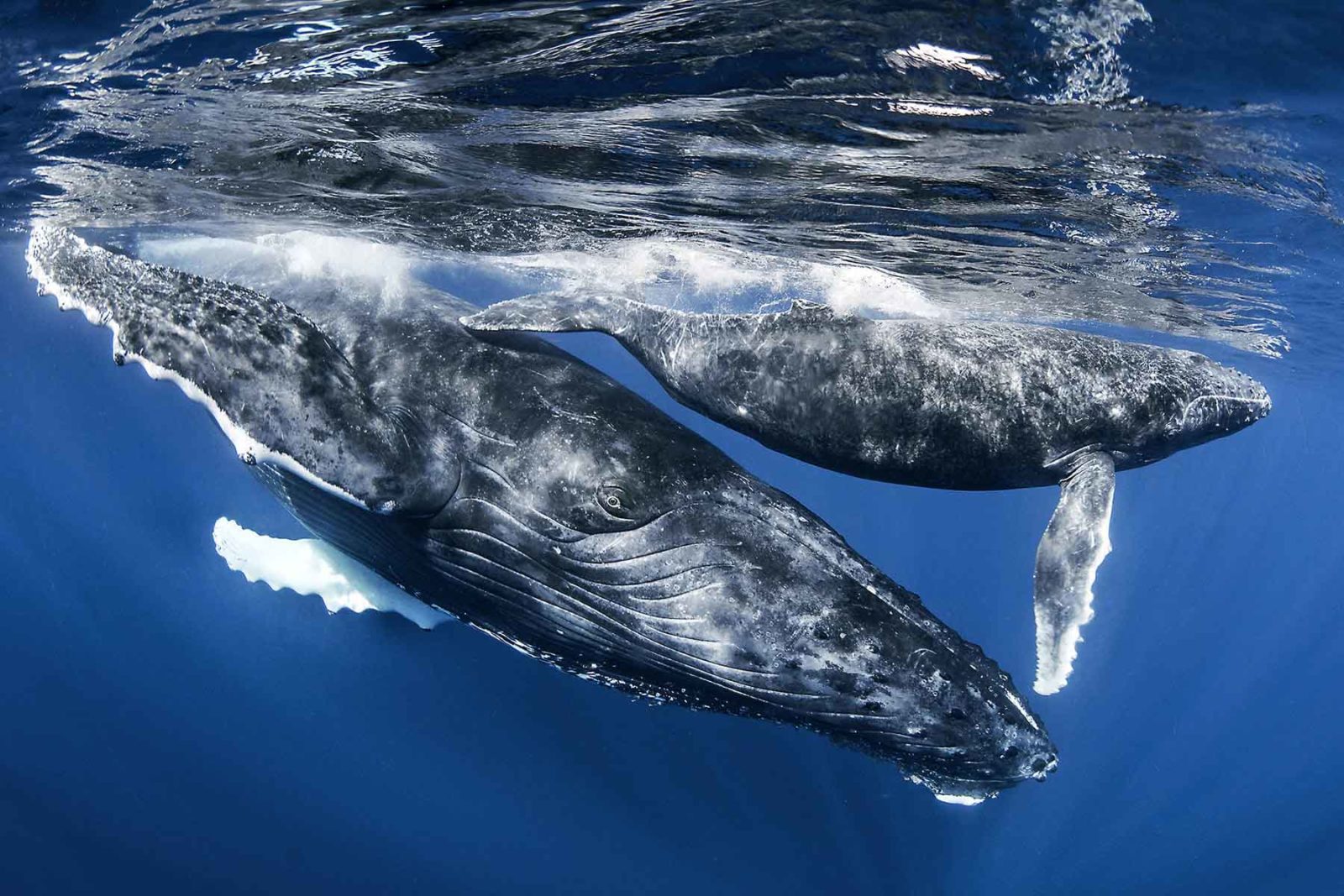 A photograph of two humpback whales has won the DAN Europe Card prize at the Abissi Underwater Photo Contest in Venice, Italy – which means that next year it will appear on the 100,000-plus e-Cards of DAN members in Europe, the Middle East and the Maldives.

French underwater photographer Cedric Peneau was rewarded for his image “Mother and Son: Humpback Whales, Reunion Island” at a ceremony on 23 October at Venice’s National History Museum. The shot was chosen from 637 entries taken by photographers in 16 countries.

“I am deeply honoured to have one of my photographs selected to represent such a reference as DAN Europe, which is by far the world’s most recognised dive safety agency,” said Peneau. “I became a member when I started travelling abroad. It kept me reassured and serene, as I know DAN can be trusted even in remote places.”

Humpback whales migrate to tropical waters to breed and mate, and every year visit the Indian Ocean island of Reunion where Peneau lives. “They like coming close to the shore, and with patience and care it is possible to get close to those curious gentle giants,” he said.

“Each whale can be identified by the shape and unique black and white pattern on the underside of its fluke, which can be photo-ID and named. This mother was named Mereva and was one of the stars of the 2018 season, often coming very close to snorkellers who approached her.”

“The tender yet powerful image of two cetaceans, a mother and her calf diving together in the bluest waters, is so meaningful, and well represents our values towards safer diving activities in more protected, healthier oceans,” commented DAN Europe operations director Umberto Giorgini.

“We are delighted that this photo will be displayed to all our members on the newly designed DAN Europe app, instead of the classic but outdated PVC card”.

Peneau started diving at 30, became an instructor and moved to French overseas territory Reunion in 2006 to work as a high-school teacher. He took up underwater photography in 2007, and captured the humpback shot using a Nikon D7200 camera with Tokina 10-17 fisheye zoom lens in a Nauticam housing with minidome. He was shooting in natural light at f/10, 1/125th, ISO 200.

The Venice competition was created in 2008 by the Abissi-Underwater Photo Venice association, and the DAN Europe Card prize was introduced in 2015.