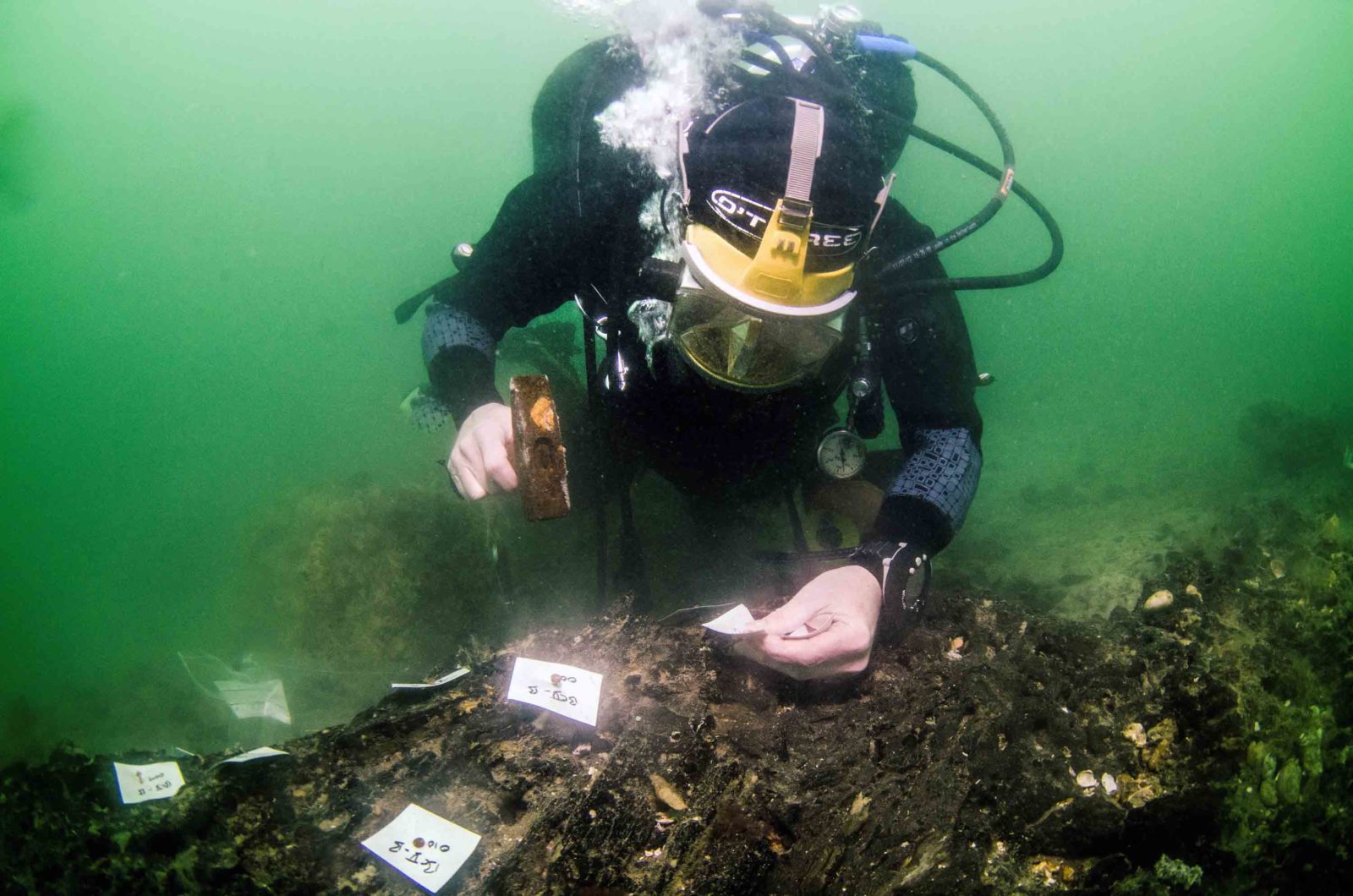 An 8000-year-old platform, described as the most intact wooden structure from the Middle Stone Age ever found in the UK, has been found at a depth of 11m off the Isle of Wight – in what is believed to be the world’s oldest boat-building site.

Scuba divers from the Maritime Archaeological Trust (MAT) have been working to excavate the structure, though the site to the east of Yarmouth would have been dry land with lush vegetation when the platform was built.

This was at a time before the North Sea was fully formed and the Isle of Wight was still connected to mainland Europe, according to a report on the find by the National Oceanography Centre (NOC), which has been working with MAT to record, study, reconstruct and display the timbers.

“This new discovery is particularly important as the wooden platform is part of a site that doubles the amount of worked wood found in the UK from a period that lasted 5500 years,” said MAT Director Garry Momber.

The boat-building site, discovered in 2005, contained a “difficult to interpret” arrangement of trimmed timbers that could have been platforms, walkways or collapsed structures, says the NOC. The platform was identified only after MAT was able to use advanced photogrammetry techniques to record the remains this year.

The excavations this summer revealed that the platform consisted of several layers of split timbers resting on horizontally laid round-wood foundations. “The site contains a wealth of evidence for technological skills that were not thought to have been developed for a further couple of thousand years, such as advanced woodworking,” says Momber.

“This site shows the value of marine archaeology for understanding the development of civilisation. Yet, being under water, there are no regulations that can protect it. Therefore it is down to our charity, with the help of our donors, to save it before it is lost forever.”

The recovered wooden artefacts are being stored in the NOC’s British Ocean Sediment Core Research Facility, because ancient timbers degrade rapidly unless kept in dark, wet and cold conditions while being desalinated.