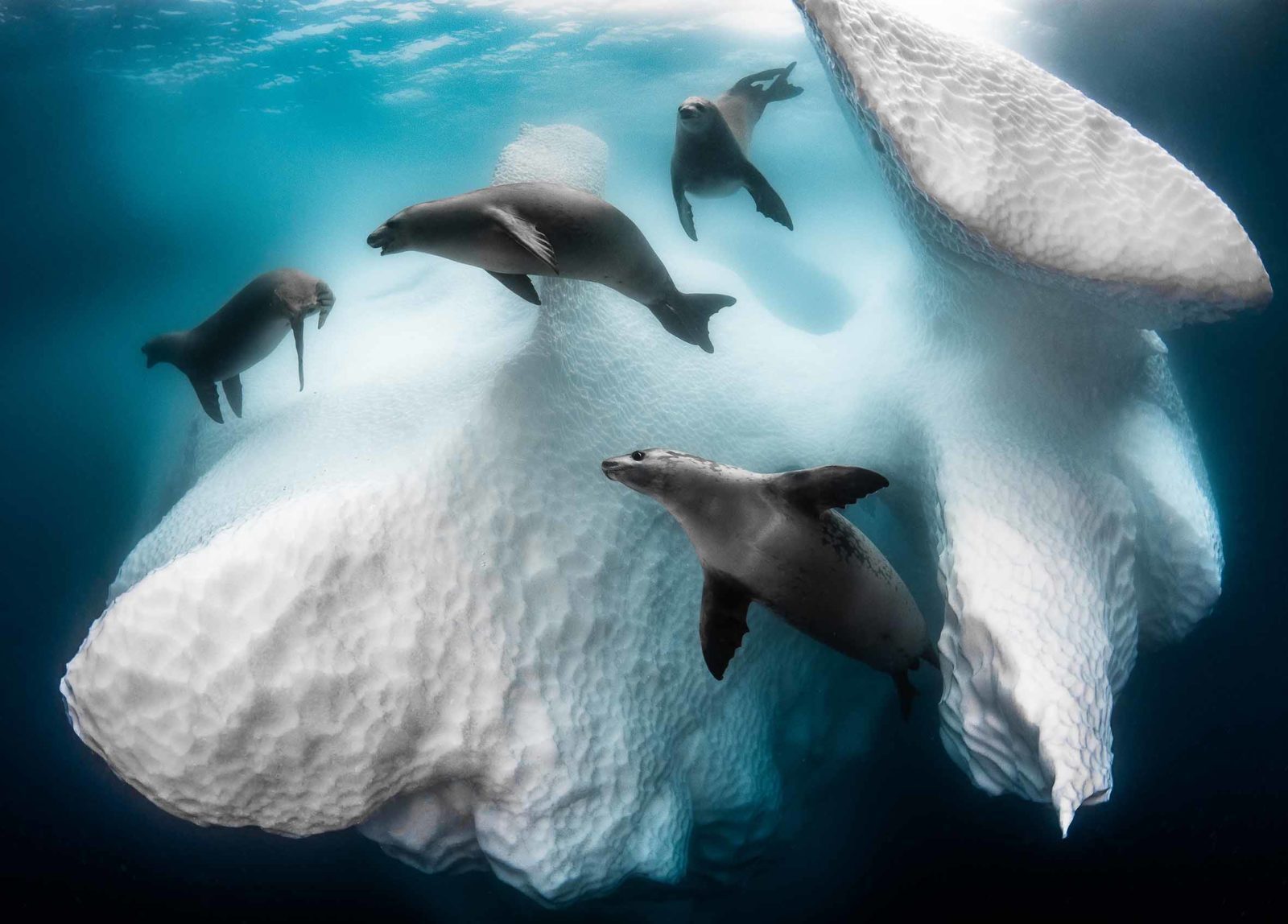 “Frozen Mobile Home”, an image of crabeater seals swirling around an iceberg, has helped French full-time photographer Greg Lecoeur to win the title of Underwater Photographer of the Year 2020.

“Frozen Mobile Home” triumphed over 5500 other underwater pictures submitted by photographers from 70 countries. Lecoeur travelled to Antarctica on a small yacht to document wildlife on icebergs drifting on the polar currents.

“Little is known about how wildlife thrives around these mobile homes,” he said. “Icebergs fertilise the oceans by carrying nutrients from land that spark blooms of marine life and also provide homes for larger animals, like these crabeater seals.”

“The motion of these seals and the ethereal landscape of the pitted iceberg takes our eyes on a journey through the frame and transports us to the icy ocean of Antarctica,” commented judging panel chair Alex Mustard. The other judges were Peter Rowlands and Martin Edge.

Italian photographer Pasquale Vassallo was named Marine Conservation Photographer of the Year for “Last Dawn, Last Gasp”, a photograph showing the final moments of a Mediterranean tuna’s life as it was hauled up towards a fishing boat.

Anita Kainrath, from Austria, won the title Up & Coming Underwater Photographer of the Year for “Shark Nursery”, her picture of baby lemon sharks in mangroves in the Bahamas.

A 180-page Underwater Photographer of the Year Yearbook, containing all the 2020 winning images with back stories/judges comments, is available for free download.

The winning images will also be featured in print in the May issue of DIVER magazine.