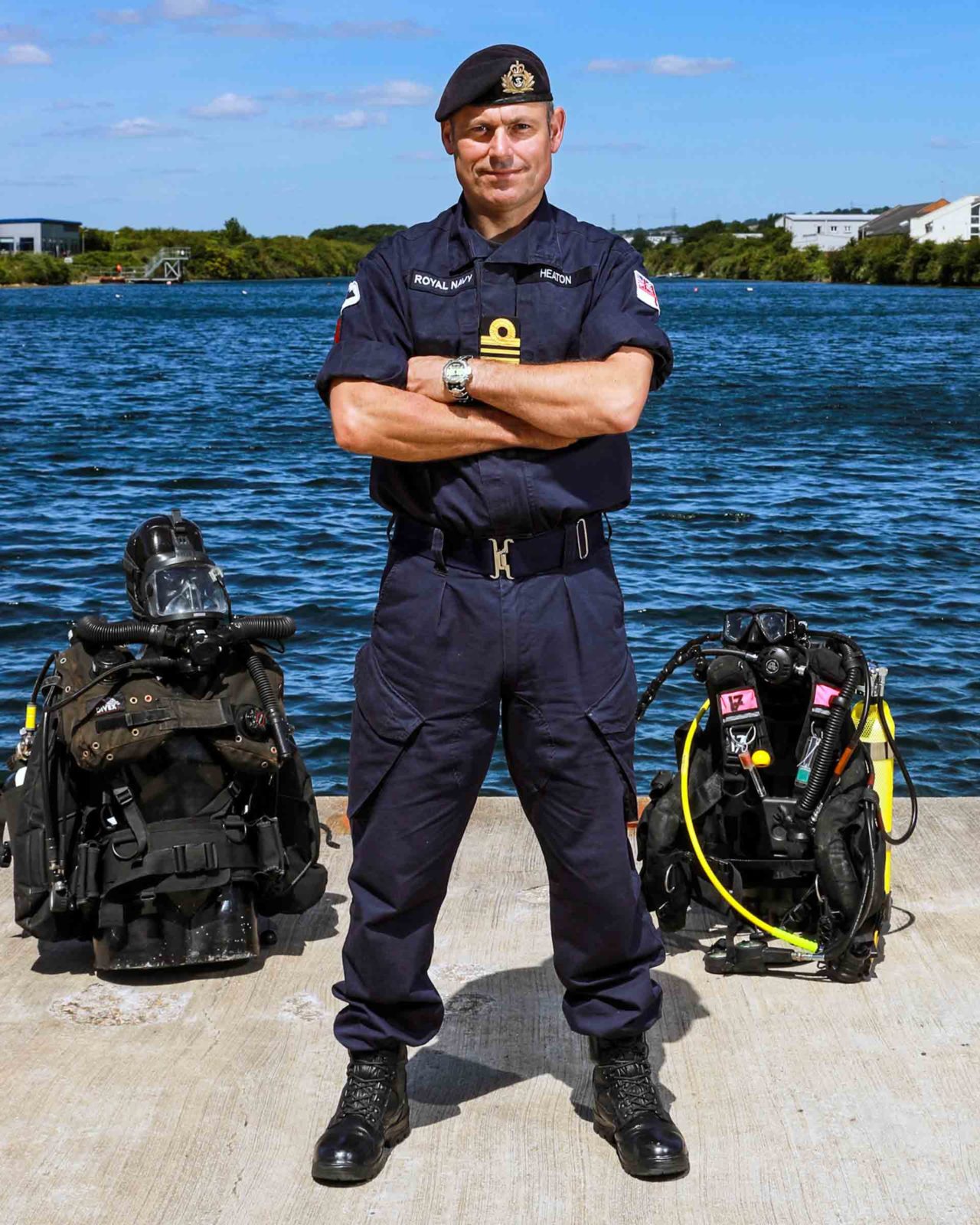 One of the Royal Navy’s most experienced underwater bomb-disposal experts has been recognised in the New Year’s Honours list for his “inspirational leadership and operational achievements”. He has been made an MBE.

Sean Heaton, from Wigan, joined the Royal Navy in 1987 and became a clearance diver six years later. Promoted to Lieutenant Commander in 2014, he spent three years as officer in charge of Fleet Diving Unit 2, conducting operations and exercises around the world, before being selected in August 2017 to command the Southern Diving Group.

Under his leadership, the specialist divers from the SDG’s Portsmouth and Plymouth-based bomb disposal units have rendered safe or disposed of nearly 16,000 items of conventional ordnance, which includes mines, torpedoes, hand-grenades, mortars and bombs dropped by aircraft, as well as successfully dealing with 97 present-day improvised explosive devices (IEDs).

Among the most high-profile tasks during this period of “Central” Heaton’s career was a three-day operation to neutralise a 225kg WW2 German bomb found in February 2018 in King George V Docks, next to London City Airport.

His expertise was also called upon when Thailand asked the UK for help after seven 450kg WW2 bombs had been found in the Mae Klong river.

“He relentlessly delivered very high-tempo operations, above and beyond that expected of his rank and his peers, with an admirable dedication to his people,” reads Lt Cdr Heaton’s citation. “His devotion, commitment and professional ability has been extraordinary, and he most strongly deserves official recognition.”

“This decoration is as much a recognition of the brave, dedicated and immensely professional men and women that were under my command during my time in Southern Diving Group,” said Lt Cdr Heaton.

Meanwhile the death has been announced of another underwater bomb-disposal expert – Colonel the Reverend Robbie Hall, who had been awarded the Queen’s Gallantry Medal for neutralising a WW2 German bomb, also in London’s docklands.

The unexploded 500kg device had been found by a civilian maintenance diver at a depth of 12m at Beckton Gas Works in 1986. The then Major Hall of the Royal Engineers, a former Royal Marines Commando, had not been on duty but responded as the only diving officer available.

It was while working to defuse the bomb in particularly hazardous circumstances that the 30-year-old later said that he found himself praying for the first time. He would go on to become a pastor.

Col Hall later became commanding officer of the Defence Diving School, and his last posting was as commandant of the Defence Explosive Ordnance Disposal, Munitions & Search Training Regiment at Kineton. He has died of cancer at the age of 63.