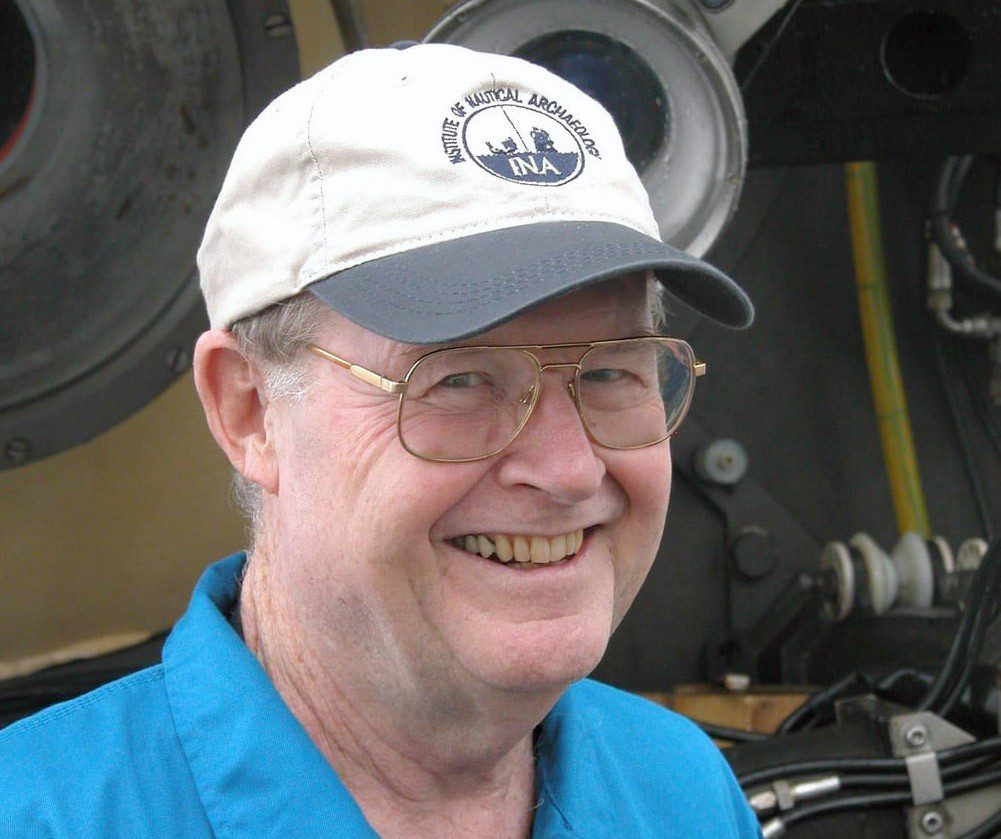 Bass and his wife Ann were the founders in 1972 of the American Institute of Nautical Archaeology – the “American” was later dropped to reflect the organisation’s international stance and it became known as INA.

Bass was born in Columbia, South Carolina, on 9 December, 1932, the son of an English professor and a writer, which provided a foundation for the writing of many books often aimed at a mainstream audience.

His uncle was an archaeologist, and Bass switched from studying English to archaeology at John Hopkins University and then at the American School of Classical Studies in Greece, after becoming interested in the subject on a trip to Sicily.

According to INA in 1960, shortly after his military service and beginning doctoral studies in classical archaeology, Bass was asked by a fellow archaeologist to learn to dive, so that he could work on a Bronze Age shipwreck that had been discovered by sponge-divers off Cape Gelidonya in Turkey.

Bass took only six diving lessons including one practical at a local YMCA branch before travelling to Turkey with his new wife. He co-directed the excavation of the 30m-deep wreck for the next three months.

The successful operation became the first excavation of an ancient wreck to be carried out entirely on the seabed, says INA, and the first shipwreck excavation to be directed and published by a diving archaeologist.

Bass would later establish an underwater archaeology museum in Bodrum and, in the 1990s, INA would establish a research centre there.

The Cape Gelidonya Wreck with its cargo of copper ingots remained the world’s oldest known shipwreck until the Uluburun Wreck was found, also in southern Turkey, in the early 1980s. Bass’s team uncovered “an extraordinary trove of artefacts dating to the 14th century BC”, says National Geographic, which supported the excavation and for which Bass went on to write many articles.

In 1976 INA, by then working on four continents, affiliated with Texas A&M University. Bass became a professor there and headed a graduate programme in nautical archaeology until 1993. He would remain an advisor to the institute until his death.

While investigating dozens of shipwrecks dating from the Bronze Age to the Middle Ages, Bass demonstrated “that the scientific rigour of land-based archaeological techniques could be replicated in demanding underwater environments by archaeologists equipped with scuba or surface-supplied air”, says NatGeo.

“George devoted his career to the development of new techniques for underwater research while excavating shipwrecks around the world,” says INA. He was noted for involving local archaeologists and students in his expeditions.

Ann Bass, who survives her husband with their two sons Gordon and Alan, would accompany him on his many expeditions, taking responsibility for cleaning and cataloguing artefacts, correspondence and accounting.

Bass wrote or edited 10 books, including in 1966 “Archaeology Under Water”, said to have sparked wide interest in the new discipline, and his 1975 autobiography “Archaeology Beneath the Sea: My Fifty Years of Diving on Ancient Shipwrecks”.

He received numerous awards and honorary doctorates, and in 2002 was presented by President George W Bush with the National Medal of Science, the USA’s highest award for lifetime achievement in scientific research.