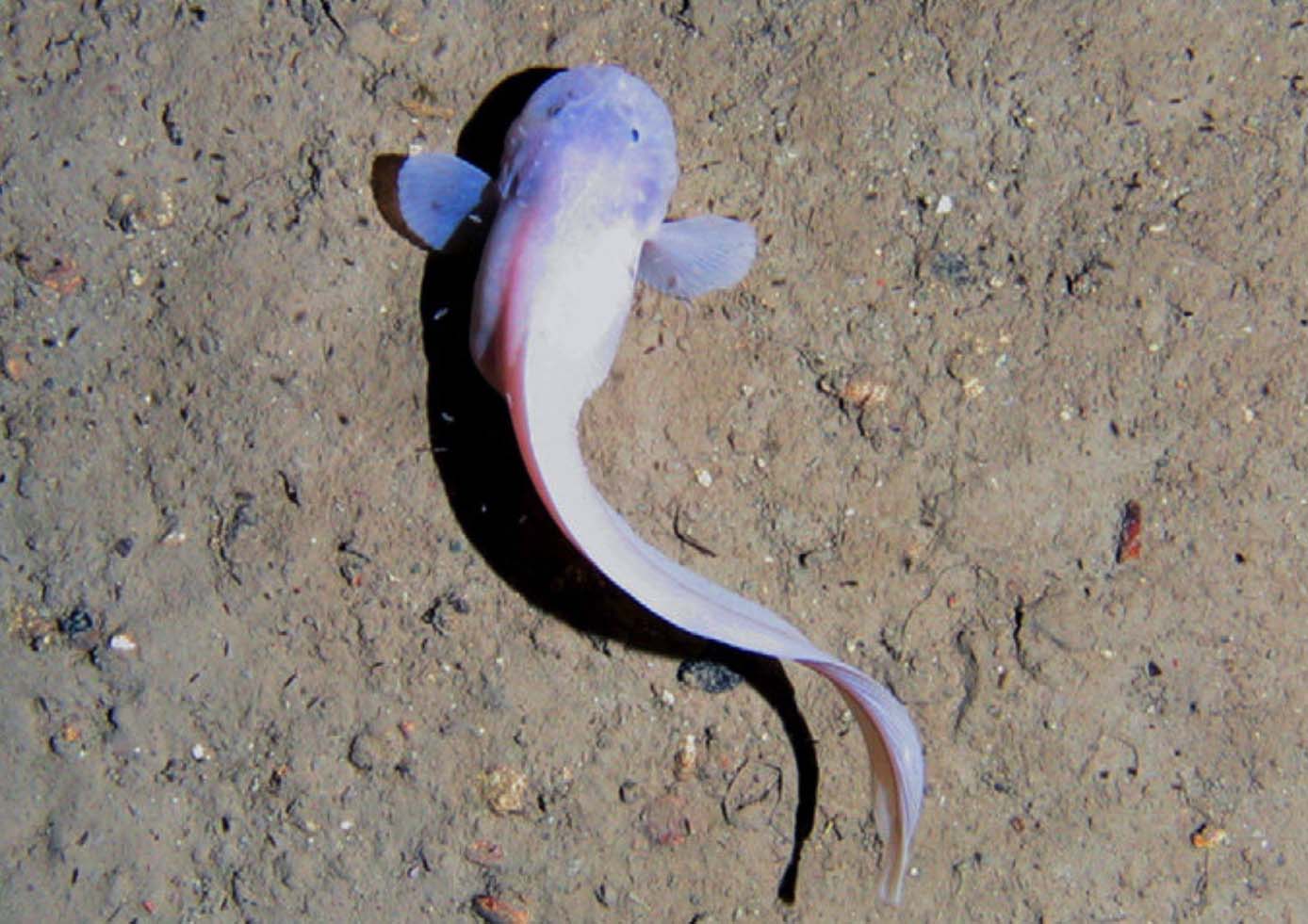 A soft robot based on the deep-sea snailfish has survived a test trip to the world’s deepest point – 10.9km down in the Pacific Ocean’s Mariana Trench.

The deep sea is challenging to explore. Rigid vehicles built using high-strength metals or ceramics to withstand the extremely high pressures and low temperatures tend to be bulky, expensive and unwieldy.

So researchers from Hangzhou in China built a robot inspired by the snailfish that thrive in the deep sea. Their prototype, only 22cm long with a 28cm wingspan, has an elongated polymer body, tail and two large side-fins made of thin silicone.

These fins flap to provide propulsion but are powered not by motors but by soft artificial “muscles”. These contain disc-shaped dielectric elastomers that contract when a high voltage is applied. A compact amplifier multiplies the li-ion battery’s voltage more than 1000 times.

Crucially, instead of being packed together, all the delicate electronic components required to power, move and control the robot are kept separated, as are the skull bones of a snailfish, but in this case in a protective silicone matrix.

The robot is controlled remotely using an infra-red receiver. Field-tested in the South China Sea at depths of more than 3km, it proved able to swim freely, at around 0.2kmph.

In the Mariana Trench it was mounted on a lander so could not swim freely, but video showed that the fins continued flapping for 45 minutes. The body deformed but did not break under the extreme pressure.

The snailfish robot was inspired by the Harvard octobot of 2016, a pioneer in the new generation of underwater soft robotics. The Chinese team is now understood to be working to make its snailfish bot faster and more manoeuvrable.

*****  MEANWHILE A NEW species of a real deep-dwelling creature, the dumbo octopus, has been described by scientists. The finned cephalopod has been named Grimpoteuthis imperator, because it was discovered in the northern part of the Emperor Seamounts, an underwater ridge in the North-west Pacific.

The number of suckers, half-orange-shaped gills and details of the shell differentiate the octopus from previously described Grimpoteuthis species.

The scientists, Alexander Ziegler and Christina Sagorny of the University of Bonn in Germany, suggested Emperor dumbo as the common name in English.

Their study was notable because it was the first to be derived from a single specimen of a large animal using a combination of digital photography, MRI and micro-CT scanning and minimally invasive gene analysis.

Avoiding the traditional requirement to dissect specimens to examine their internal organs meant that the rare octopus could be retained virtually undamaged for future research.

The findings are presented in open-access journal BMC Biology.