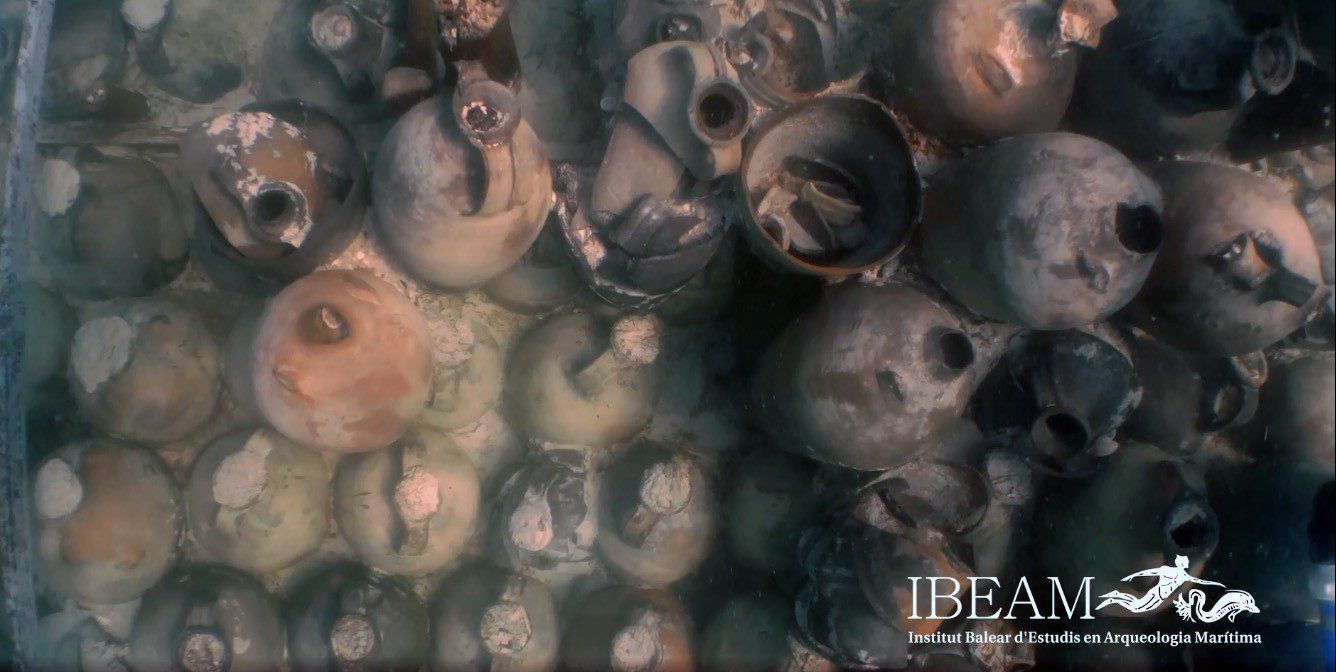 In July Divernet reported on the discovery of a Roman shipwreck on the Mediterranean island of Majorca. Now, following an emergency excavation carried out by an archaeological dive-team, it has emerged that the vessel contained 93 amphoras and that, unusually, most of them remain intact and sealed.

The containers, which had been carefully stacked in the vessel’s hull, are expected still to contain oil, wine and garum, a fish and tomato relish of the time popular with the Romans.

They have been raised and are being desalinated at the Museum of Mallorca before their contents can be safely examined.

The merchant vessel, which was small at 10m long, has been dated to around 300AD. The wreck itself is in unusually intact condition, believed to be because it was not a storm victim but ran aground, filling with water very quickly.

“This wreck is one of the best preserved in the entire Mediterranean of the lower Roman Empire,” says the island’s Department of Culture.

It is thought to have been travelling to Rome from Iberia, now the Spanish mainland.

After a local couple reported finding pottery fragments only some 50m from the Ca’n Pastilla beach in Palma, the dive-team moved in to investigate, overseen by the Balearic Institute of Maritime Archaeology Studies (IBEAM).

The wreck itself is to be left in place.

Earlier this year a slightly older Roman vessel that had been carrying building materials was found on the other side of Majorca, near Pollensa.