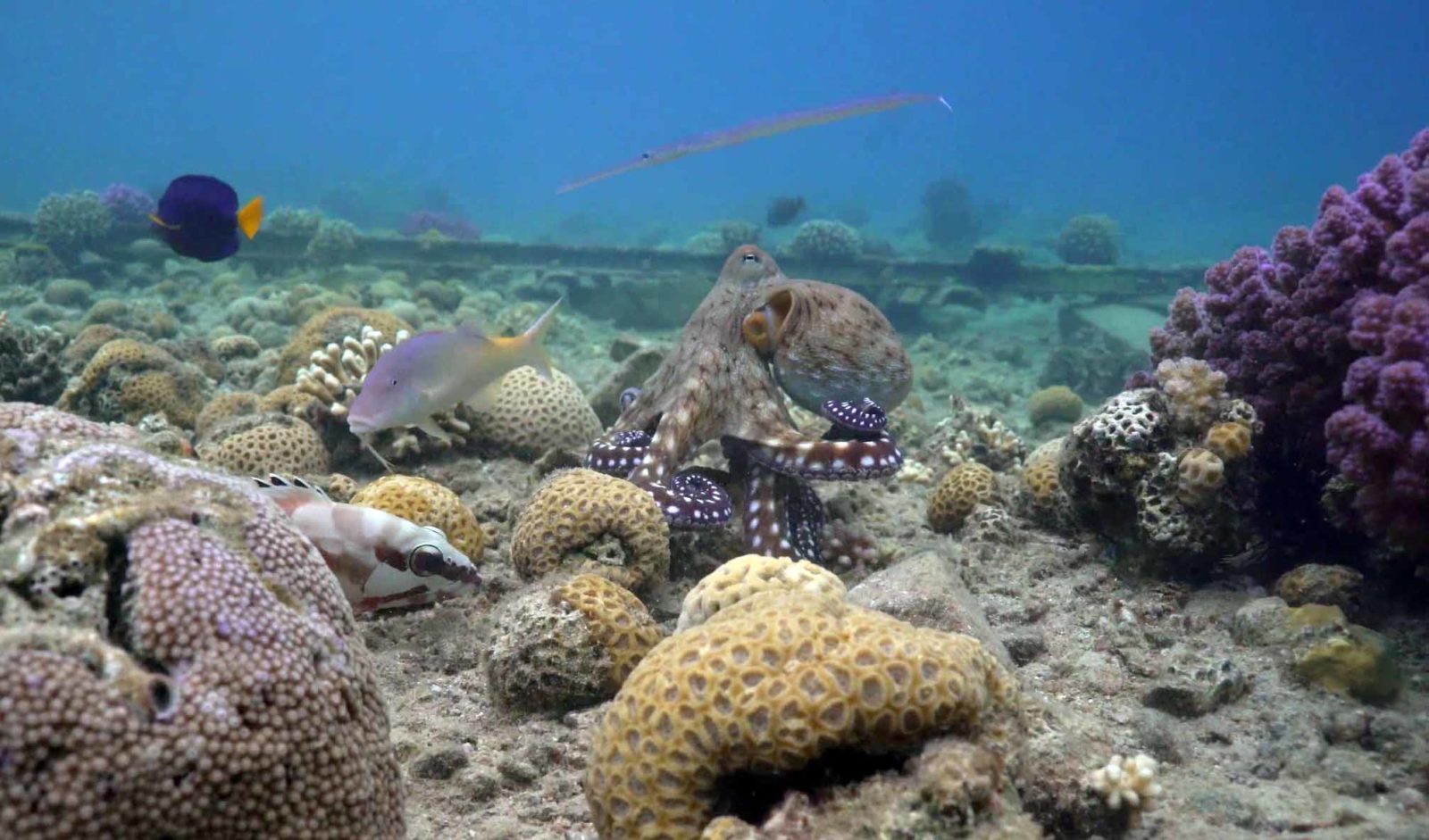 Octopuses are known to “punch” fish to keep them in line as hunting partners, but a research team has observed them lashing out from what they think could simply be spite.

The researchers, led by marine biologist Eduardo Sampaio from the Marine & Environmental Sciences Centre of the University of Lisbon in Portugal, had been studying how Red Sea octopuses work with various coral-reef fish to hunt and trap prey.

Grouper and other species habitually form mutually beneficial hunting collaborations with octopuses. These organised hunts can involve multiple partners from several species and last for more than an hour.

Octopuses play the central role, pursuing prey inside rock and coral crevices, with grouper signalling promising locations to them. Bottom-feeding fish partners such as goatfish scour the seabed while semi-benthic predators such as cornetfish patrol higher in the water column.

Sometimes opportunistic fish such as tailspot squirrelfish join in to pick up whatever they can rather than to contribute to the group effort, and as such are likely to be victims of octopus punching.

But conflicts also arise between the “official” partners over their level of investment or the distribution of rewards. It’s usually when the relationship becomes unbalanced that octopuses lash out in a bid to re-establish control.

The scientists observed interactions at sites in El Quseir in Egypt and Eilat in Israel in which different big blue octopuses (Octopus cyanea) performed “a swift, explosive motion with one arm directed at a specific fish partner, which we refer to as punching”. The recipients were not only squirrelfish but blacktips, lyretail grouper, yellow-saddle and Red Sea goatfish and half-spotted hinds.

The action was observed either to force the fish to reposition itself, to deter it from eating the prey or to expel it from the group altogether.

But on two occasions, one involving a goatfish and the other a grouper, the researchers recorded punching that appeared unrelated to the group’s hunting activities. They believe this behaviour could have been prior warning that in any future collaboration the fish should know its place – or else was motivated purely by spite.

The team now hope to find out whether certain species of fish tend to be punched more than others, and whether collaborative fish behave in a similar way towards each other.

Their research is published in Ecology and the eight “punching events” can be seen here.