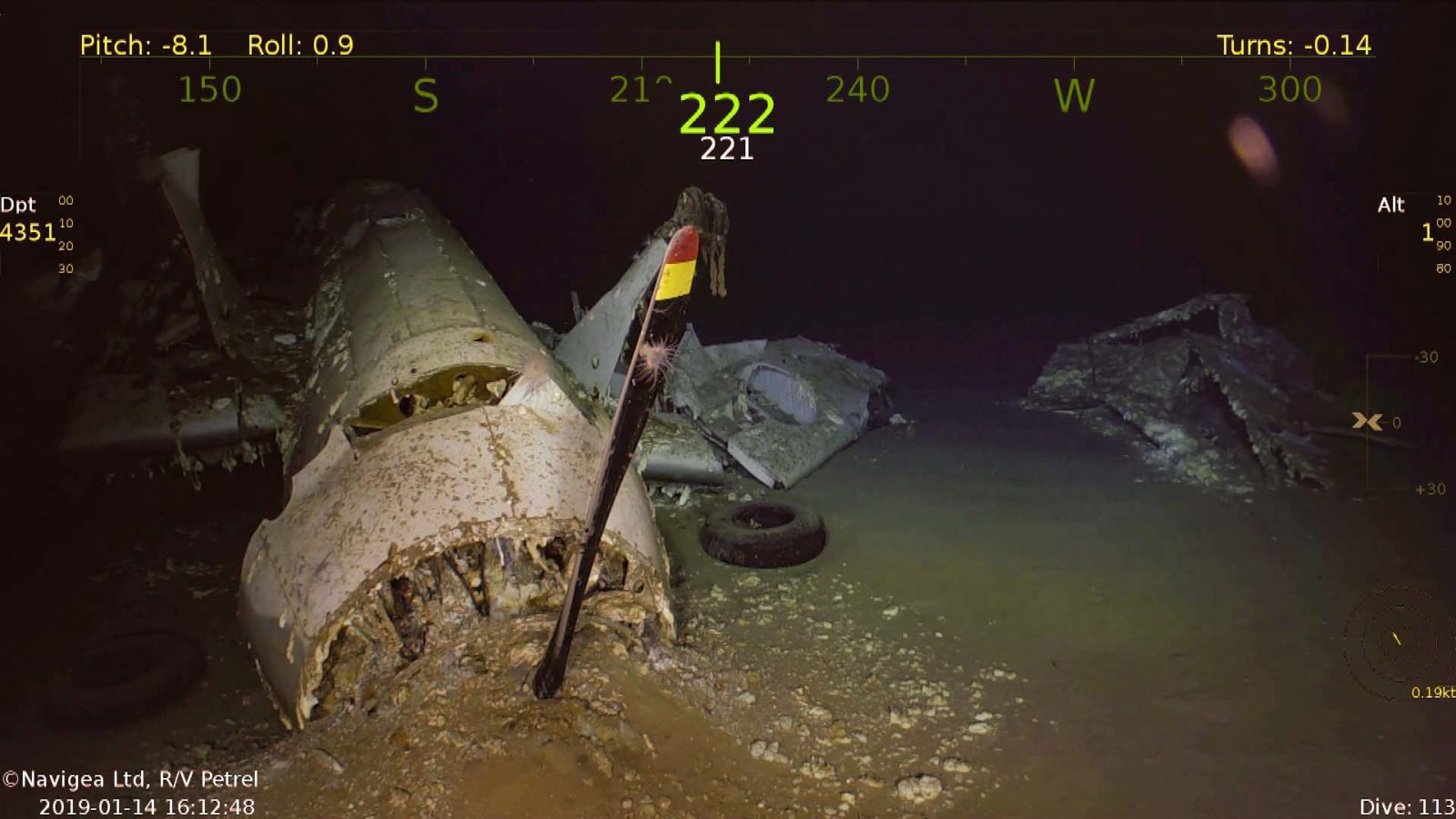 The latest deep-lying WW2 warship wreck to be located by the team aboard the US research vessel Petrel is another aircraft-carrier – the USS Wasp.

The Wasp (CV-7) was found 4.2km beneath the Coral Sea near the Solomon Islands.

The 180m carrier had been commissioned in 1940 and the following year served in the Atlantic campaign, supporting the occupation of Iceland. She then joined the British Home Fleet in April 1942, ferrying British fighter aircraft to Malta.

Two months later she was operating in the Pacific to replace losses sustained at the Battles of the Coral Sea and Midway.

Her final mission was to escort the 7th Marine Regiment, heading out to reinforce Guadalcanal. On 15 September, around 150 miles south of San Cristobal in the Solomon Islands, she was torpedoed by the Japanese submarine I-19.

Subsequent explosions knocked out the ship’s power and allowed fires to blaze out of control.

“Even after the torpedoes set the carrier ablaze, the men aboard showed a reluctance to leave until all remaining crew-mates were safe,” says Vulcan, the company that operates the Petrel.

“Only when assured that the Wasp had been successfully abandoned did Capt. Forrest P Sherman leave the burning ship.” Of the 2248 men aboard, 176 died. The carrier was scuttled by the destroyer USS Lansdowne.

The Wasp is the second aircraft-carrier to be relocated by Petrel around the Solomon Islands in recent months. The other was the USS Hornet, sunk just over a month after the Wasp and resting at 5.3km, as reported on Divernet.

Also found recently was the IJN Hiei, the first Japanese battleship to be sunk by US forces in WW2, at the Battle of Guadalcanal in 1942.

The 10-person Petrel expeditions, described as “public outreach” missions to locate historic shipwrecks, were the brainchild of Microsoft co-founder the late Paul Allen, who had a particular interest in aircraft-carriers.

An AUV (autonomous underwater vehicle) is used to explore and record Petrel’s discoveries.