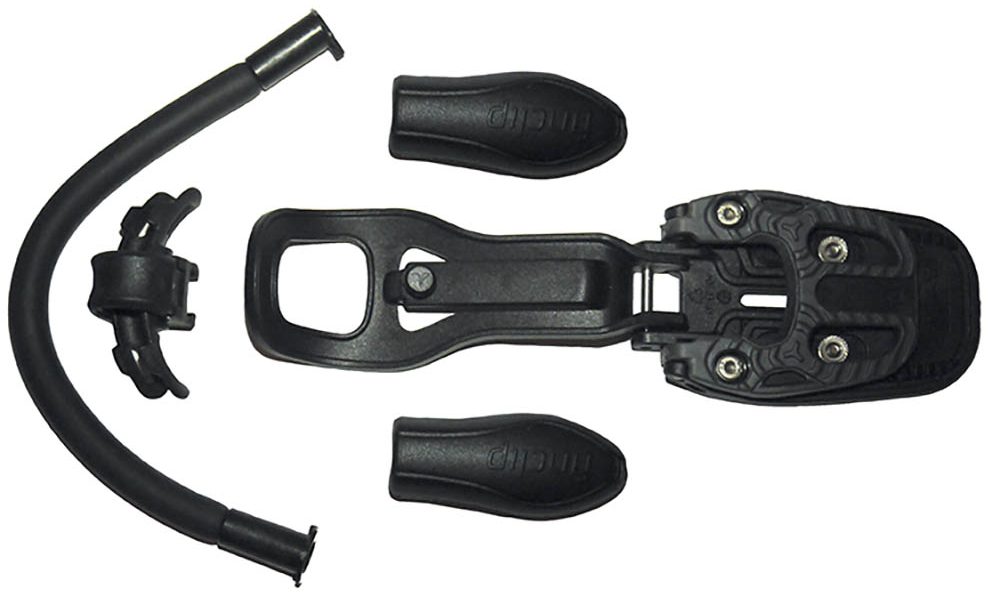 “WE DON’T DO SAFETY STOPS HERE,” Guido told us. We were near the Birkenhead Rock off Gansbaai, South Africa, named for the ship that hit it and sank with the loss of hundreds of Tommys in 1853. Some of those soldiers were reputedly taken by white sharks – and we were diving here hoping to find such sharks in the open on the bottom.

What we didn’t want was for the sharks to find us in the open near the surface – hence the omitted safety stop.

We missed the wreck, saw no sharks and surfaced. Behind the boat, one of our number lay floating helplessly on her back, silhouetted, seal-like, against the sun. Crew reached down from the stern, hastily trying to unhook her fins so that she could climb onto the duckboard.

My buddy and I floated nervously for what seemed a very long time indeed as we waited to regain the safety of Black Cat – all because someone couldn’t take her own fins off.

Putting fins on and taking them off can prove tricky and, as it did for us in SA, cause an impatient queue. We often don our fins on boats, inviting instability and risking a fall. And trying to remove them can leave us bowled over in the surf or thrown around by the swells as we hang onto a boarding ladder with one hand while trying to reach down to our heels and release a strap with the other.

Finclip promises to solve or reduce those problems. It’s not the first attempt at easing fin-wrangling, but it might be the best.

A pair of fins I once owned had a lever-action catch that, when opened, extended the strap to make it easier to pull over your heel. The problem was that if you didn’t close it properly, it could deploy accidentally, and you could lose your fin, as I nearly did in high current in the Maldives.

Another manufacturer built a breakaway mechanism into the back of its heel-strap. The idea was that you kicked at it with your other foot and the strap parted, so you could easily slip the fin off.

I could never get the action right when shore-diving and, if you reached down from a ladder rung to undo it by hand, it wasn’t any easier than using a conventional strap. Give me spring-heel or bungee straps any time – until, maybe, now.

Finclip is inspired by the kind of lever-arch design you see on skis and snowboards. A pressure-pad mounted in the sole of the fin is connected to a bungee strap and a lever-arch.

Slip your foot into the fin, press down slightly and the bungees automatically snap the lever-arch smartly into place behind your ankle. And that’s it. You’re finned up.

Finclip will fit most open-back fins. You buy it in kit form, choosing the buckle fittings needed to replace your existing ones, length of bungee to fit your foot size and the combined pressure-pad and lever-arch assembly.

There are instructions on the well-thought-through website on choosing the right buckles and how to select the best bungee length. The components come with written instructions, but

I ignored these and just went to the assembly video on YouTube. It’s easy to follow, and fitting the Finclip took about 10 minutes for the first fin and about half that time to do the second.

The pressure-pad acts like a clamp, securing the sole of your fin between two plates. These plates are adjusted for fit using two Allen-key fittings. The key is included.

My Mares Plana Avanti fins have a buckle fitting used by many other manufacturers and easily removed without tools. The Finclip buckles have to be opened up with a flat-head screwdriver so you can slip the bungee in.

Although you should have chosen the right length of bungee based on Finclip’s recommendations, the buckle has an additional internal adjustment facility. The bungee then slips into a retainer on the lever-arch.

Once assembled, there should be no reason to mess with it again unless you change your fins or, possibly, your boots.

Finclip won me over from the first dive. At first I thought I’d set it up to loosely, because it was just so comfortable, but it turned out to be completely secure over the six dives I made with it in place. This included a near-kilometre speed swim after I screwed up my navigation on a simple shore-dive.

Removing your fins in standing depth is especially straightforward – the lever-arch is easy to locate with your other foot and effortless to open so that you can slide your boot out.

I appreciated this on shore-dives, where I’ve been knocked over before while exiting through swells.

For boat-diving, Finclips make fins a doddle to remove at the ladder, as it takes virtually no force to open the lever-arch by hand, by reaching down or grabbing your fin-tip, so as not to lose it, and kicking off the heel with your other foot.

A thumb-loop lets you hang your fins from your harness out of the water, and there’s still space in your foot-pocket to store your mask.

The only reservation might be the possibility of a fishing-line or guidelines catching in the lever-arch and opening it.

The Finclip is a very well-executed idea. The first spring-heel fin-straps appeared in the 1970s and took decades to catch on. I think Finclip will do far better.

I wouldn’t be at all surprised to see Finclip offered as an option by fin manufacturers worldwide in the near future, assuming that the necessary deals can be arranged. This product is simply excellent.