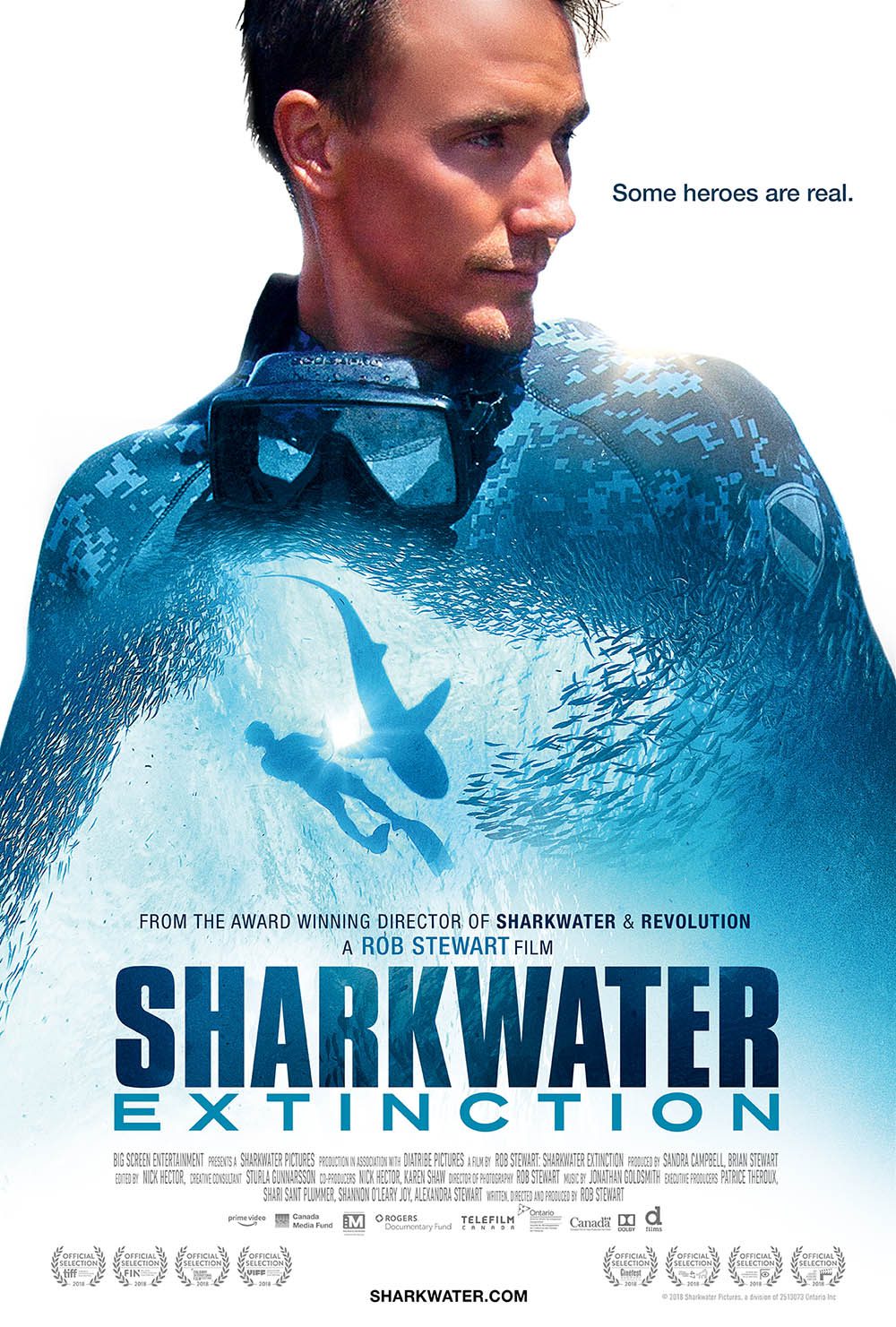 it was never going to be an easy watch. As with Rob Stewart’s original award-winning film Sharkwater (2006), shark-finning is at the heart of this new documentary, and watching the cruel mistreatment of sharks is not something any diver relishes.

Yet with Sharkwater and his second film Revolution (2012) having been seen by a claimed 125 million people, the Canadian film-maker did raise awareness. The fact that he is no longer alive is alleviated only by the fact that he remains with us on film.

That’s the other factor that makes Sharkwater Extinction harrowing – it builds up to the 37-year-old’s final dive, on a rebreather off the Florida Keys, gone to look for sawfish at 70m for the third time in a day.

It was a senseless death, the subject of ongoing legal action, and to see the always-sunny Stewart kitting up for the last time is immeasurably sad, as the camera dwells lovingly on every gauge and bolt-snap.

Stewart’s mother Sandy Campbell attended the London premiere and explained that her son always believed conservation should be cool and that, to become fully engaged, people should have fun doing it. “Rob would want everyone to continue the mission,” she said.

To that end she and husband Brian read their son’s many notebooks and achieved the tricky feat of hacking into his iPad to extract detailed plans of how he wanted the 400 hours of footage shot for this film to be deployed. The result is impressive.

The final section was not one Stewart had planned, of course. At one point in voiceover he says: “I tell my parents I believe I’m going to be OK.

Several things surprised me about the film, one being the assertion that 150 million sharks are being killed every year – more than twice the figure we seem to have settled on in recent years.

I asked Sandy about this after watching the film, and she told me the belief was that far more small and juvenile sharks are now being taken illegally, not for their fins but to be sold under the label “ocean white fish”.

This reflects another surprising sequence in the film, as Rob and his team wander around Miami and find shark being served openly in shops and restaurants.

They buy a range of products in supermarkets, have them tested and find shark meat or oil, packed with mercury, lead and neuro-toxins, bulking up livestock and pet food and used in cosmetics. “We’re smearing super-predators on our faces,” observes Stewart in wonder.

Shark-finning is big business; organised crime takes its cut and Stewart repeatedly takes chances on his travels. He confronts the slippery president of Costa Rica about reneging on his pledges. “Shark Girl” Madison Stewart (no relation) films a hammerhead being caught by sport anglers, and is reduced to tears as the skipper admits to Rob that when the sharks are returned to the water they do “tend to die”.

He inspects a haul of nearly 40,000 fins in Panama, a major hammerhad nursery area, and films a Japanese crew amassing blue sharks off Cape Verde. “Ninety countries have banned finning, but not the importation of fins – it’s a massive loophole,” he says. 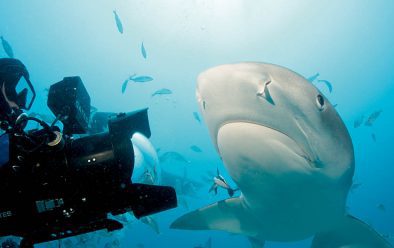 Off Los Angeles he films threshers and blue sharks being gill-netted and the fishermen open fire on his boat while he’s still in the water. But we’re cheered when we’re told later that the footage helped California move towards banning drift-nets.

“I had developed a distrust and dislike of humanity – but filming made me love humanity more,” says Stewart who, despite the mounting misery, never seemed to give up hope.

Not too many eco-docs get a royal premiere and cinema release. This is a film that all divers should watch, if only because Rob Stewart was a voracious diver, an exceptional film-maker and a conservation hero.

But of course, even better would be if those governments that fail to curb and even encourage the carnage watched the film and took notice.