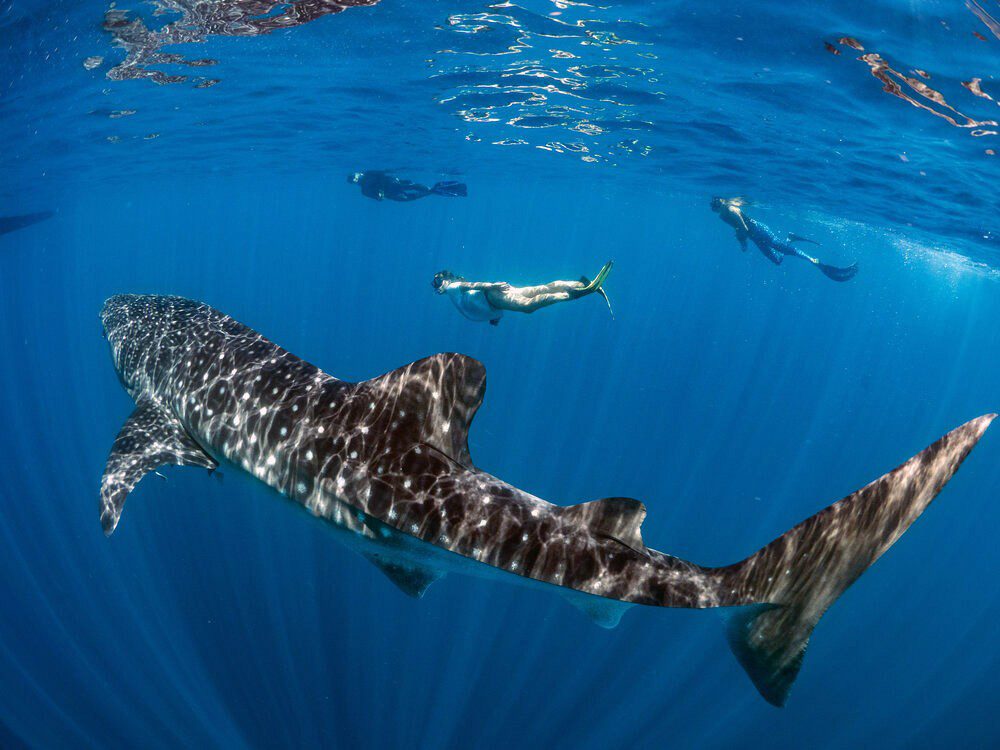 Campaigners hope that the finding will help to encourage Madagascar’s authorities to start protecting whale sharks in its waters.

Individually the whale shark divers spent six times as much as those with a casual interest ($547 v $92). Though making up only a fifth of respondents, their expenditure of $901,000 outweighed that of the bigger group ($581,000).

The three-month whale shark season from September to December is worth US $1.5 million to the local economy, according to the newly published research.

“This study has confirmed the importance of sustainable whale shark tourism to Madagascar’s economy, particularly during its pandemic recovery,” said study co-author Stella Diamant, a research associate with the Marine Megafauna Foundation (MMF) and leader of the Madagascar Whale Shark Project, which led the study.

“Considering the region’s international reputation as a whale shark hotspot, and the presence of an international airport, it’s likely that its shark tourism industry will grow considerably once international travel resumes,” said Diamant.

Despite their global Endangered status, whale sharks are not formally protected in Madagascar’s waters and are threatened by fishery bycatch, shipping collisions and pollution.

In the study, local whale shark tour operators overwhelmingly supported legal protection, highlighting the potential to introduce regulations to avoid overcrowding as interest in swimming with whale sharks grows internationally. They favoured the imposition of fines or sanctions on anyone behaving irresponsibly around the sharks.

Both tourists (93.4%) and operators (91.7%) overwhelmingly supported formal protection, with more than two-thirds of tourists saying that they were more likely to choose a destination where whale sharks were protected.

“It’s far more difficult to scale back activities compared to managing tourism sustainably from the start,” commented the study’s lead author Dr Jackie Ziegler from the University of Victoria.

“Our work has shown clear support from both tourism operators, and the tourists themselves, to ensure that swimming with whale sharks in Madagascar is a world-class ecotourism experience.”

The study was based on data collected through 488 tourist surveys, and an online survey of 12 of Nosy Be’s 20 whale shark tour operators.

It is published in the journal Tourism in Marine Environments.