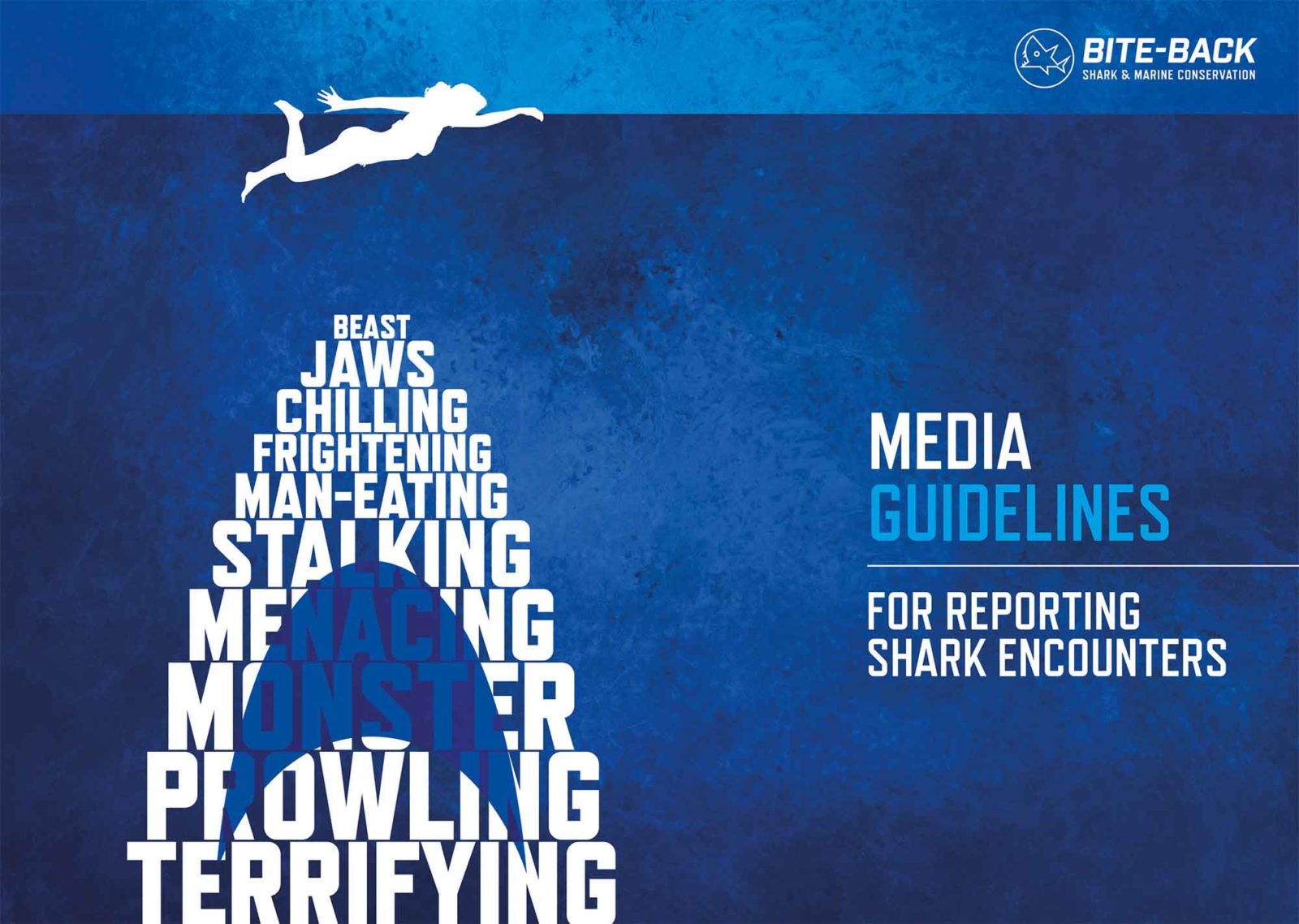 Decades of news headlines labelling sharks as “monsters”, “killers” and “beasts” has created a climate of fear and loathing that is thwarting shark-conservation initiatives, says Bite-Back, which has just produced a set of guidelines for media reporting of shark encounters.

A recent survey revealed that 46% of people in Britain consider sharks more terrifying than spiders, snakes and rodents combined – and that 64% would prefer them not to exist.

“It’s time that journalists understand how these sensational headlines and falsehoods are perpetrating a hatred of sharks that justifies their boundless slaughter,” said Backshall. “As such, I think the media is complicit in one of the greatest deliberate exterminations in our planet’s history.”

Populations of key shark species including the great white, hammerhead, oceanic whitetip and thresher have fallen by 90% in the past 60 years. Bite-Back says that an estimated 73 million sharks are slaughtered every year, with Britain among the world’s leading 25 shark-fishing nations.

Yet despite constant “terror” references in the media, typically only six people a year worldwide die from shark encounters, says the charity, which points out that dogs kill around 25,000 people, while British cows kill more people each year than all the sharks in the world.

“Sharks are getting a bad press they simply don’t deserve,” said chef and campaigner Hugh Fearnley-Whittingstall. “Decades of sensational headlines have stripped sharks of their status as vital marine species and all too often left the public frightened for little reason.

“I’d welcome any move by the media to fairly report sharks rather than default to tired and inaccurate clickbait captions.”

Bite-Back has also drawn support from ocean ambassador Wendy Benchley, whose late husband is often cited as a leading culprit in the demonisation of sharks.

“While the cinema is a place of entertainment, newspapers and media channels are a place for facts,” she said. “For far too long the news press have blurred the boundaries between fact and fiction and got away with reporting sharks as man-eating monsters when it’s simply not true.

“I believe this constant portrayal of sharks as the bad guys rather than our ocean heroes is hindering shark conservation efforts.”

“No other creature on this planet is described with inflammatory language intended to spread fear, panic and hate,” said Bite-Back campaign director Graham Buckingham. “As a result, the mere presence of a shark in the sea prompts sensational, attention-grabbing headlines.

“We’re keen to work with the press and reach a point where shark encounters are reported accurately and fairly and in a way that doesn’t jeopardise our blue planet.”