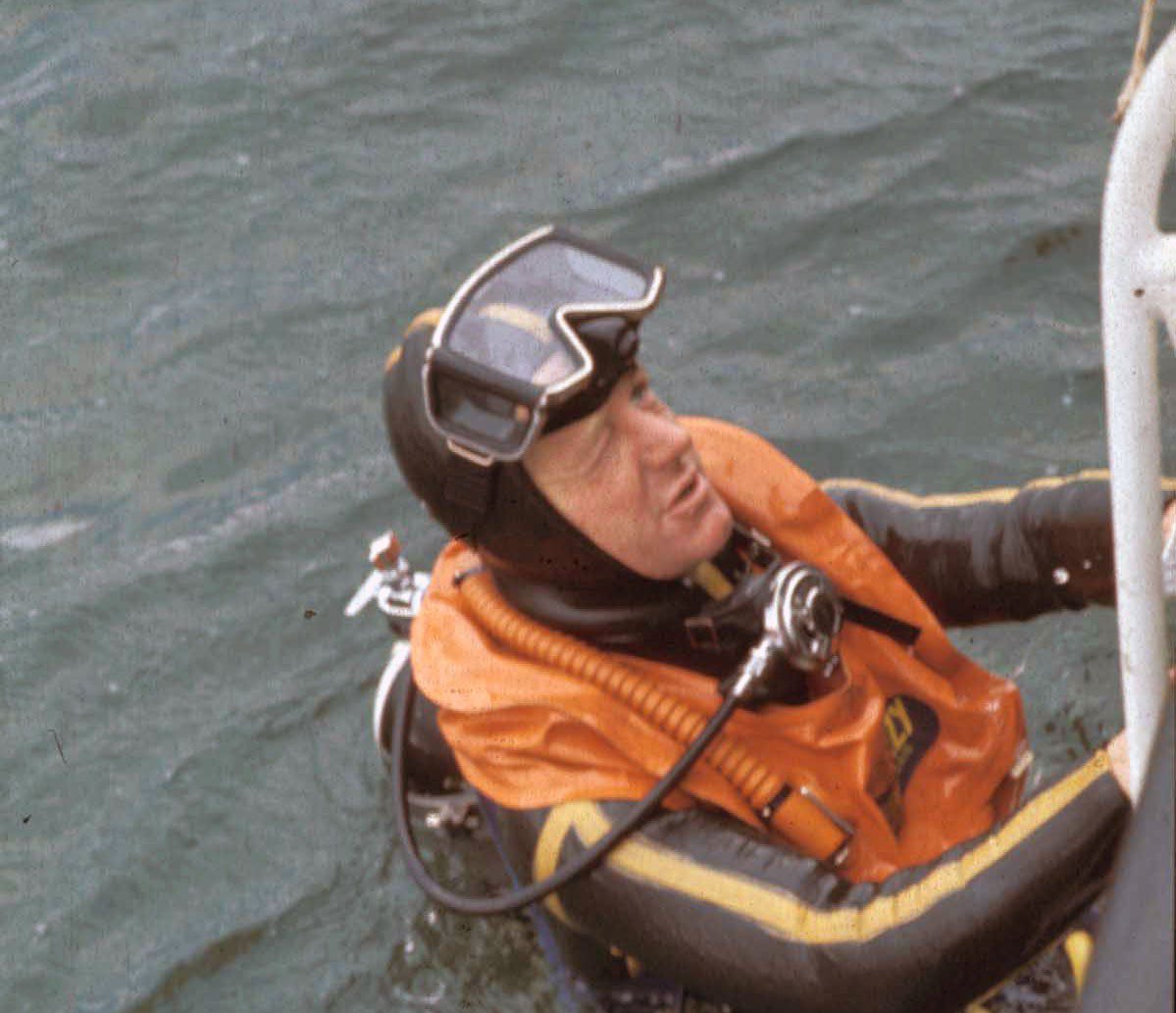 George Robert “Bob” Forster, one of the earliest British marine biologists to study the underwater world using scuba, has died at the age of 92.

Born in Paignton, Devon in 1927 and brought up overlooking Torbay, Forster developed an early interest in marine biology as well as sailing.

After graduating in zoology from Aberdeen University in 1949 he was offered a Department of Science studentship with the Marine Biological Association (MBA) in Plymouth, and began his career there studying the common prawn.

His interest in diving began when MBA staff were invited to a lecture about the then-novel Siebe-Gorman scuba gear. Impressed, the association applied to the Royal Society for a grant to buy the equipment, but found that training was not readily available.

In 1951 Forster was allowed to join a two-week Royal Navy shallow-water diving course at HMS Vernon near Portsmouth, but the apparatus used turned out to be oxygen rebreathers, as used by frogmen during the war.

“Breathing oxygen produced a greatly enhanced appetite, mainly for potatoes, and a subsequent desire for long sleep,” he remembered later.

By 1953, however, he was using a Siebe-Gorman aqualung and drysuit to carry out ground-breaking survey dives off the South Devon coast. His ability to collect specimens of sponges, algae and bryozoa by hand as opposed to through dredging also led to many requests for his assistance from other scientists.

His early diving was in the 9-18m range but once he started venturing to around 24m he was excited to record a less-familiar environment.

“In the early days if you went down to 80ft you could have half an hour quite safely – that’s about what you could get from the bottles,” he told the Western Morning News some years later.

He would use a two-piece drysuit, the halves rolled together and worn with a cummerbund. “The trouble was that you wore thick longjohns and a jersey underneath and you had to get the air out of it. The deeper you went the tighter it became – it was all slightly aggravating.”

He would take underwater photographs but making notes during dives was a major problem. Attempts at dictation using a sealed office recorder and a full-face mask proved unsuccessful because of headaches caused by CO2 build-up!

With the help of students Forster kitted out his own motor-yacht Sunset for diving and was able to extend his expeditions west to Torbay and Falmouth and even to the Scilly and Channel Islands. In 1961 he was engaged in diving surveys in Guernsey studying ormer sea-snails. Alongside many other projects in the UK and overseas he continued diving for the MBA until his retirement in 1985.

In 2003 Forster assisted an MBA dive-team by providing his original notes and photographs to help them assess changes in Devon’s underwater environment since his survey dives of half a century earlier.

The divers were able to record that certain species of sea-squirt could no longer be found, while species of hydroid, rare seafan anemones, pink seafingers and carpet coral had moved into the area.

“Bob published several descriptions of the characteristic marine life of hard substrata (rocks and the wreck of the James Eagan Layne) off South Devon,” says Dr Keith Hiscock, who had been the MBA’s programme director in 2003 and considers Forster to have been a significant scuba pioneer.

“Fifty years on from his description of Hilsea Point Rock (then known as Stoke Point Rocks) I resurveyed the site and found it, with a very few significant differences, much as described in 1953.”

Forster was married to Alison in 1961 and had two children, Hilary and Michael.

“Bob contacted me via his daughter in February to let me know that he was ‘going downhill’ with stomach cancer,” said Hiscock. Forster died on 12 April.

“I carried on diving for years and years and I loved it,” he had said in 2003. “There is so much to see when you’re diving – in good conditions it can be perfectly light and you don’t have time to be worried.”