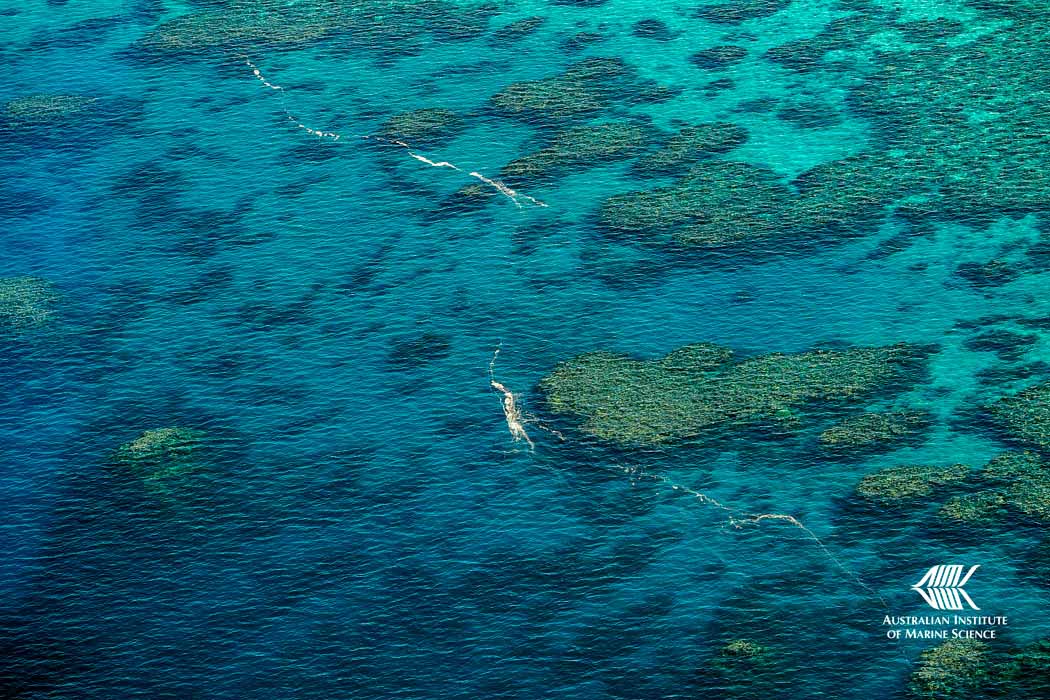 The convoluted movements of vast slicks of coral larvae that drift at the surface following a mass spawning event have been tracked by Australian marine agencies.

The Australian Maritime Safety Authority (AMSA) and oceanographers from the Australian Institute of Marine Science (AIMS) collaborated to record the slicks’ progress across the Great Barrier Reef as they rode the East Australian Current for 10 days from late November. Each square metre of slick can contain several million coral larvae.

An AMSA aircraft was used to deploy self-locating datum marker buoys (SLDMBs) with satellite-tracking technology near Darley Reef off Townsville and Hope Reef off Bowen. The devices are normally used to calculate surface drift during search and rescue operations.

Real-time data from the buoys revealed that the slicks covered more than 32 miles in five days, while observations from the surface and from the air showed that small slicks could form and move quickly across the reef, or dissipate if the wind was strong enough to create whitecaps.

“We want to better understand the connectivity of reefs, so we know how they can be protected,” said AIMS oceanographer Craig Steinberg, who described the information gathered as “quite rare”.

Because the spawn is believed to behave similarly to oil for its first few days of existence, Steinberg said that modelling its movement through the currents “gives us an idea of how to treat potential future oil-spill risks”.

The slicks are also seen as a potential asset for researchers seeking to produce more heat-tolerant corals to restore reef damaged by climate change, according to AIMS marine biologist Dr Andrew Heyward, who monitored the slicks from the surface.

He said that coral species release buoyant egg and sperm bundles after dark over 4-6 nights following full moon each November.

“As the larvae begin to drop down into the water column from day three or four onwards, they also develop more complex sensory capability, so when the currents bring them close to reefs they will find somewhere to settle and develop as the new generation of corals,” he said.