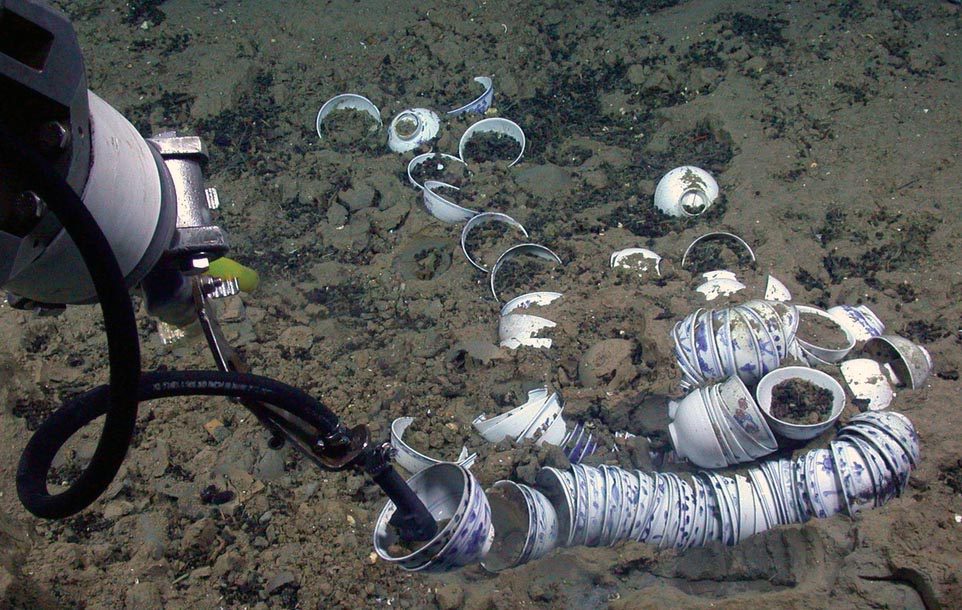 Reports of a deep-lying multiple shipwreck discovery made five years ago in the eastern Mediterranean have made headlines recently, based on information issued by British salvage company Enigma Recoveries.

But artefacts recovered from the site by Enigma using an ROV were seized by Cyprus at the time, and now the island’s Department of Antiquities has lashed out at the company, accusing it of illegally excavating ancient shipwrecks, according to a report in the Cyprus Mail.

The salvors, who had based themselves in Limassol while recovering artefacts from a 17th-century wreck, are also accused by the department of “violently extracting objects, causing destruction to their context”.

Enigma Recoveries reported finding a dozen Hellenistic, Roman, early Islamic and Ottoman wrecks at depths of around 2km in the Levantine Basin, which lies between Cyprus and Lebanon but outside their territorial waters.

Almost 600 artefacts were said to have been recovered from a 43m Ottoman trading vessel dating from the 1630s.

The finds included 360 Chinese Ming dynasty dishes and cups as well as items ranging from glass and ceramics to incense and pepper, originating from countries ranging from Belgium, Italy and Spain to Yemen and India.

However, when Enigma’s research vessel returned to Limassol the artefacts were impounded by Cyprus Customs officials on the grounds that they had not been listed as cargo.

Enigma has claimed that the authorities planned to auction the items, but the antiquities department denies this, countering that Enigma is “well-known both to Cyprus and other countries, as well as international organisations including Unesco, for its activities in illicit underwater excavations”.

The department, which is part of Cyprus’s Ministry of Transport, Communications & Works, states that Enigma’s own intention to sell the objects was “evident in the documents filed with the US Securities and Exchange Commission”.

Enigma says that its vessel’s crew had not been made aware that Cyprus required cultural finds to be listed as cargo. It also claims that it had recorded the artefacts in line with archaeological practice, although the antiquities department says that it had overseen conservation of the items and that its own recording had revealed their “violent extraction”.

The department adds that it has recently amended the antiquities law “to enhance the protection of the underwater cultural heritage in all the sea-zones of the Republic of Cyprus”.