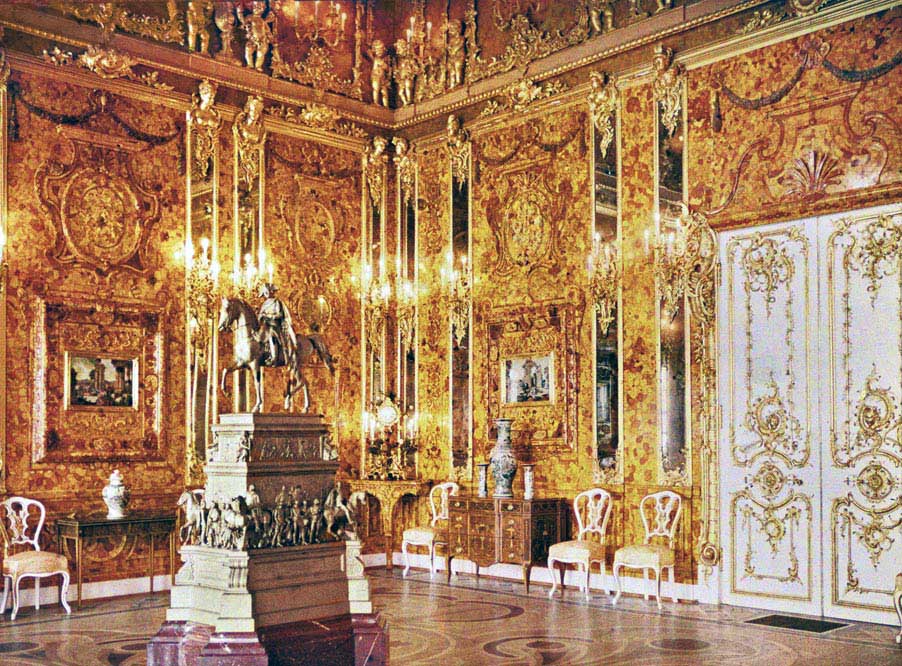 The Amber Room in the Catherine Palace in 1917. (Picture: Andrey Zeest)

Last month Divernet reported on the discovery of WW2 German light cruiser the Karlsruhe beyond diving depths off Norway; we already know about the also-scuttled WW1 light cruiser Karlsruhe in Scapa Flow; but now Polish technical divers have found a third Karlsruhe – a steamship that could solve one of the greatest unsolved shipwreck mysteries of all time.

“Looks like after months of searching, we finally came across the Karlsruhe steamer wreckage,” diver Tomasz Stachura of the technical-diving group Baltictech has just announced. “We’ve been searching for this ship for over a year, when we realised it could be the most interesting, undiscovered story from the bottom of the Baltic Sea.”

The Karlsruhe was one of the vessels that took part in Operation Hannibal, one of the biggest sea evacuations in history. The operation was designed to help more than a million German troops and East Prussian civilians escape the Soviet Union’s military advance in the latter stages of WW2.

The last German ship to leave the beseiged port city of Koenigsberg, the Karlsruhe left hurriedly under heavy escort carrying 1083 refugees and 360 tons of cargo on 12 April, 1945.

The vessel was sunk by Soviet aircraft off the Polish coast the following morning, resulting in the deaths of all but 113 of those on board. The divers report finding the wreck at a depth of 88m “dozens of kilometres” north of the coastal town of Ustka, and say that it appears “practically untouched”. Baltic waters are known to maintain shipwrecks in an unusually good state of preservation.

“We discovered military vehicles, porcelain and many crates with unknown contents,” says Stachura. “We don’t want to get excited, but if the Germans were to take the Amber Room across the Baltic Sea, then the Karlsruhe steamer was their last chance.”

The Amber Room was a magnificent Russian chamber in the Catherine Palace south of St Petersburg. Built in Prussia, it was presented as a gift to the Russian tsar Peter The Great in 1716, and was regarded as one of the wonders of the world at the time.

In 1941, during the WW2 Nazi invasion of Russia, the room’s amber, gold-leaf and mirror-decorated wall-panels were looted by German troops. They were last reported seen in Koenigsberg – now Kaliningrad in Russia – in 1945 while it was under attack by British bombers.

As the Karlsruhe was the last of a number of ships to leave the port, it is possible that she was indeed carrying the looted treasure. A replica Amber Room has since been built in the Catherine Palace, but Russia has declared in the past that it would demand the return of the original if it was ever found.