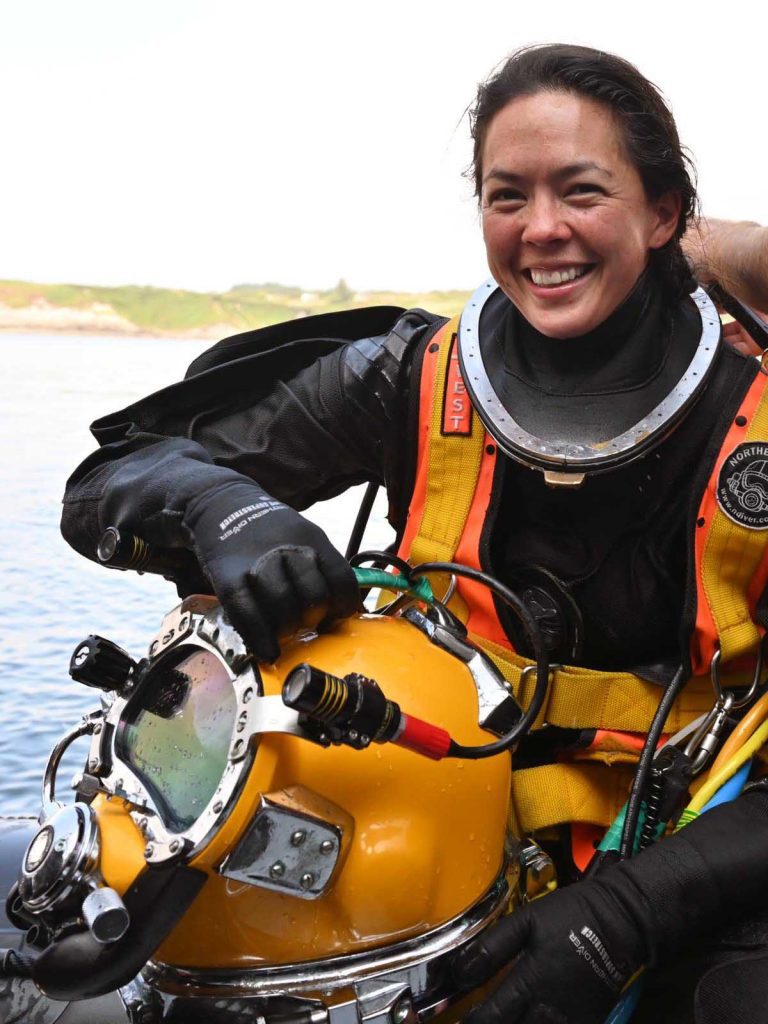 Sub-Lt Tahlia Britton has become the first-ever female diver in the Irish Naval Service. Having completed the challenging 11-week training course, on 14 August she was ceremonially presented with her diving log-book alongside two male colleagues at the Haulbowline naval base in Co Cork.

The diving course, which has a 70% drop-out rate, is considered the toughest physically and mentally to be undertaken by members of Ireland’s defence forces, with the exception of that for the Army Ranger Wing.

The 30 or so elite divers who make up the naval diving unit are responsible for search and recovery, underwater engineering and explosive ordnance disposal operations.

Normally undertaken in winter, the 2020 course was delayed by the coronavirus pandemic. The 10 participants were required to carry out 100 hours of dives to a maximum depth of 38m, and Sub-Lt Britton and her two colleagues were the only ones to last the course.

Sub-Lt Britton, who is 29 and from Donegal, has been in the Irish Naval Service for six years and is Gunnery Officer on the offshore patrol vessel LE James Joyce. She is a former member of Ireland’s surfing team.

Following a further five-week mixed-gas diving course she will return to her ship, ready to respond in her new diving role when called upon, and is also likely to be sent on a mine-clearance course in Canada.

In the UK the Royal Navy used female divers before deciding that they were more at risk than men of suffering decompression illness.

This policy was rescinded in 2010, when Lt Catherine Ker became the first female to graduate from the RN Diving School as a Minewarfare & Clearance Diving Officer.