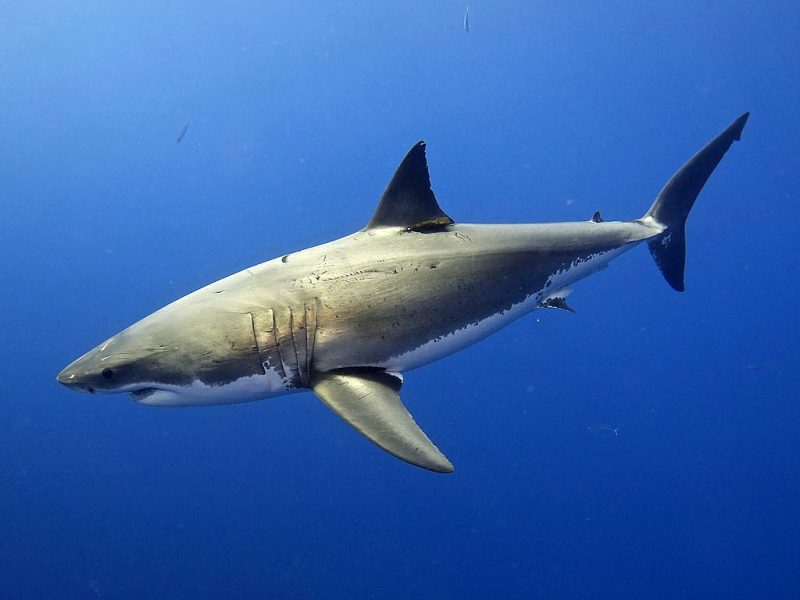 Scuba divers might think it common knowledge that sharks bite humans because they confuse them with natural prey such as seals – but only now has this “mistaken identity” theory been confirmed.

In the first scientific study to be carried out on the topic, an international team created a virtual great white shark visual system to understand how the apex predators see the world.

At Sydney’s Taronga Zoo they obtained and compared video footage of seals and of humans swimming and paddling surfboards to predict what a juvenile shark sees when looking up from below.

“Until now, the potential similarity between humans and seals has been assessed based on human vision,” said lead author Dr Laura Ryan of Australia’s Macquarie University.

“However, white sharks have much lower visual acuity than us, meaning they cannot see fine details and lack colour vision. In these experiments, we were able to view the world through the eyes of a white shark.”

The juveniles proved unable to discriminate between the humans and seals above them. Younger white sharks less than 2.5m in length are responsible for a large proportion of bites on humans – at the stage of life at which their jaws are hardening to allow them to incorporate seals into their diet.

“They need to develop a search image for these prey items and combine that with other sensory information; it’s a learning process that could be prone to mistakes,” said Macquarie’s head of biological sciences Prof Nathan Hart.

“We confirm the plausibility of the mistaken identity theory from a visual perspective, but sharks can also detect prey using other sensory systems,” pointed out Dr Ryan. “While it seems unlikely that every bite on a human by white sharks is a result of mistaken identity, in circumstances where surface objects like surfers are targeted from below, it is very possible.”

Public uncertainty about the reason for shark attacks arouses concern that can lead to punitive shark-reduction measures, said Dr Ryan. “Greater understanding will hopefully lead to improved solutions that not only prevent shark-bites but also don’t needlessly endanger other marine wildlife.

“In fact, the findings of this study have inspired the design of non-invasive vision-based shark mitigation devices, which are currently being tested.”

The study is published in the Royal Society journal Interface.