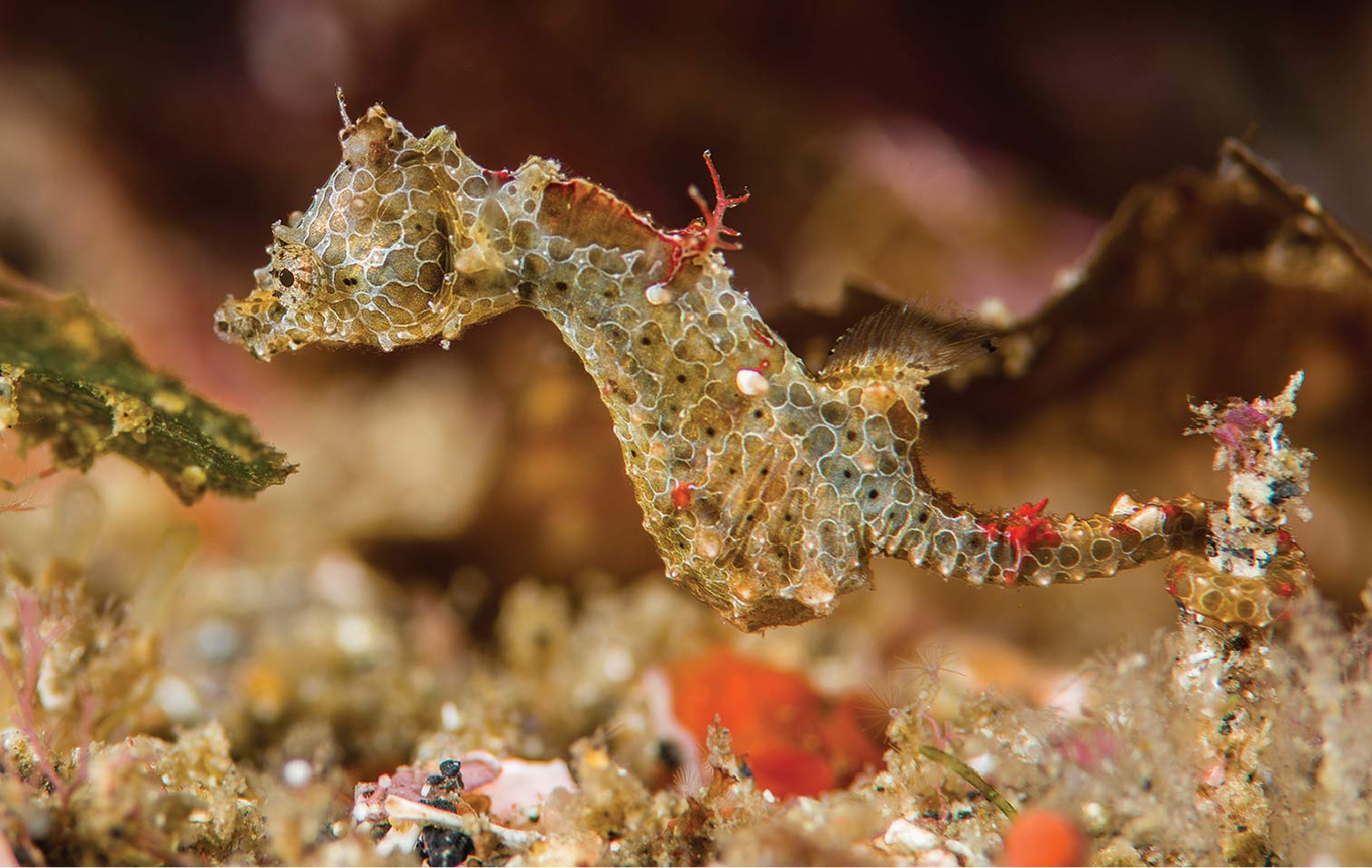 A seventh species of pygmy seahorse, and the fifth to be discovered in Japanese waters, has been classified and officially named Hippocampus japapigu (“Japan pig”) because of the shape of its snout.

The seahorse is only about 15mm long and, although brightly coloured, blends in well with its soft-coral and algae environment, but it had been noted by local scuba divers.

Japapigu is found between 5 and 22m deep, and is distinguished from most other pygmy seahorses by having only one pair of wing-like protruberances on its back in place of the usual two, and a distinctive white and brown lattice patterning.

The international research team that has classified it collected three specimens from a depth of 11m while scuba diving off Hachijo-jima, one of the Izu Islands about 180 miles from Tokyo.

One of the team, marine biologist and underwater photographer Richard Smith, wrote about his “Quest for Japapigu” in DIVER in February 2016.

He will be giving a presentation about critter-diving at the DIVE 2018 Show at Birmingham’s NEC in October.

Apart from H bargibanti, which was first described in 1970, the other six pygmy seahorses identified in the Indo-Pacific region have been described only this century, including the two not observed in Japanese waters, H satomiae and H waleananus.

The other authors of the study were Graham Short, Hiroyuki Motomura, David Harasti and Healy Hamilton.

The work has been published with open access in ZooKeys and can be found here .