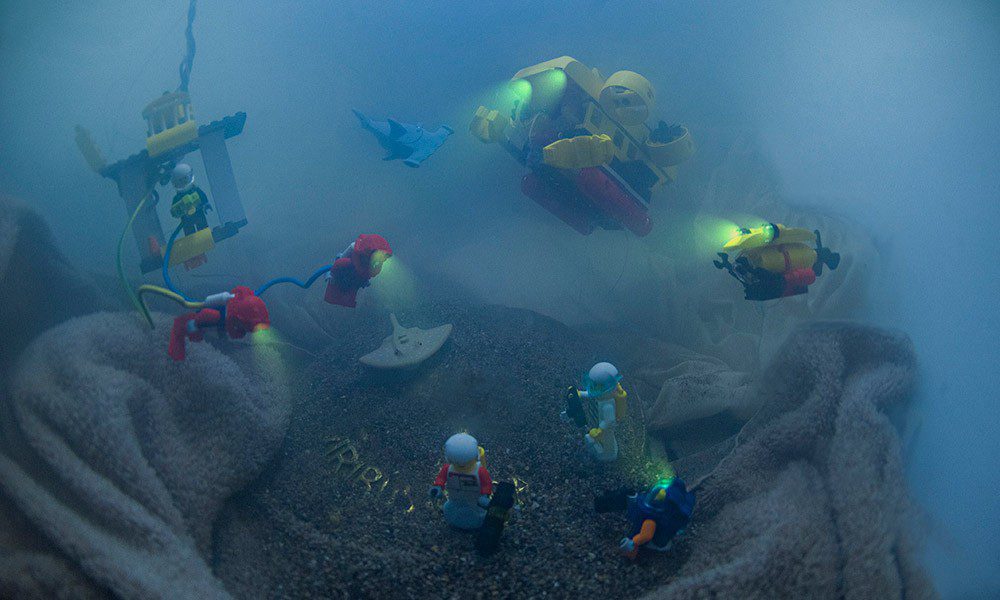 It was dive-equipment company Fourth Element that came up with the clever idea of the Underbathwater Photography Competition during the first coronavirus lockdown – but the follow-up in 2021 really seems to have unlocked divers’ pent-up creativity.

The results have just been announced, with winners and highly commended entries said to have been chosen from hundreds of entries shot in bathrooms around the world.

The winning amateur image shown above, shot by Barry McGill, was described as a gritty representation of an underwater scene that vividly captured the excitement and experience of diving in UK waters, while bringing an element of fun through use of Lego toys.

Professional photographer Mikko Paasi won the competition in 2020 and triumphed again with an image taken in the bathroom of a Jakarta hotel during quarantine. His “under-ice scene” was produced with the help of modelling clay, hotel towels and a 180-degree spinning of the image.

“What began as a crazy idea has quickly grown to become something that has encouraged some remarkable creativity and certainly created unique images shot during a very challenging period,” commented Fourth Element co-founder Jim Standing, who came up with the idea.

“The images are fantastic and tell so many stories themselves, but it has been particularly rewarding to us to learn just how much people enjoyed having a distraction from these periods of enforced isolation.”

The photos were judged by underwater photographers Alex Mustard, Saeed Rashid and Standing. “We all needed some outlets during the coronavirus pandemic,” said Mustard. “This competition gave some underwater photographers the opportunity to unleash their creativity, work on their skills, perhaps familiarise themselves with new equipment, or merely have fun.”

Winning images from the contest, which was supported by underwater imaging company Underwater Visions and camera manufacturer Paralenz, can be seen here. They will also feature in the May issue of DIVER magazine.