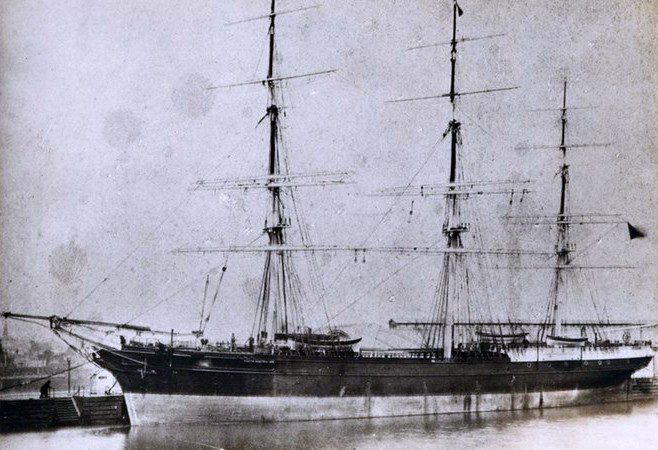 A rare clipper shipwreck, the South Australian, has been designated as a Scheduled Monument on the 2019 National Heritage List for England.

According to Historic England (HE), some significant wrecks are better listed under the Ancient Monuments & Archaeological Areas Act than the Protection of Wrecks Act. They can still be dived by leisure divers who respect the site and do not damage or remove anything, whereas protected wrecks and the area around them are restricted to licensed divers only.

The South Australian lies at a depth of around 42m north-east of Lundy Island in the Bristol Channel. A composite-hull 60m-plus clipper built in Sunderland in 1868, she voyaged between London and South Australia annually for about 20 years.

She sank on 14 February, 1889, after running into a gale on a new passage from Cardiff to Rosario in Argentina. The captain decided to run before the wind but the shifting cargo of stacked iron railway track and fishplates eventually broke through the hull. All but one of the crew escaped in a lifeboat.

The ship represents a short period of composite clipper shipbuilding between 1860 and 1880 before competition from steamships became too intense, says HE. She was built using an innovative combination of timber planking on a wrought-iron frame.

This provided the structural strength of an iron ship but with good insulation, allowing her to carry such significant cargoes to Australia as the components of the Victoria Bridge.

Built a year before the preserved Cutty Sark, the South Australian is the only wreck in English waters from the first decade of clipper construction. The other known clipper wrecks are the Smyrna (1876-1888) and the Polynesia (1874-1890).

The South Australian’s cargo was found in 1986 by divers from Ilfracombe & North Devon SAC and positive identification followed in 2005.

Its large stack of rails extends some 4m above the seabed but almost 2m of hull remains buried, offering the possibility of finding preserved cargo, machinery and structure in the future.

Two mid-19th-century shipwrecks off Norfolk, the Seagull and the Xanthe, have also been declared to be Scheduled Monuments, as reported by Divernet last month.