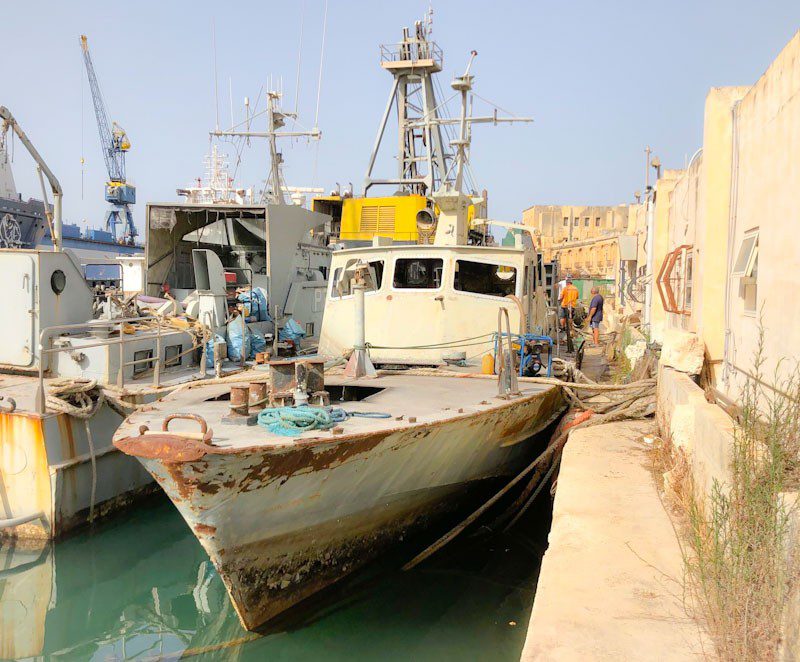 Patrol boat P-33, formerly used by the Armed Forces of Malta (AFM), has become the latest attraction to be sunk for scuba divers in Malta.

The vessel was scuttled off Zonqor Point, a salt-pan area in the south-east of the main island, on 31 July. The 23m-long wreck now lies at a depth of 20m between two existing dive-sites, those of the tugboats St Michael and Melita, according to the Times of Malta.

The Bremse-class boat was built in Germany for the East German navy in the early 1970s, but after reunification in 1992 it was sold off to Malta as part of a job-lot of four patrol boats.

P-33 served in the AFM’s Maritime Squadron but was decommissioned in 2005. According to the paper the sinking had long been delayed, original proposals to locate the boat off Marsalforn in Gozo nine years ago having been scuppered because of environmental concerns.

Other AFM patrol boats such as the P-29 in Cirkewwa and P-31 in Comino are already familiar to divers in Malta. The latest sinking was arranged by the Professional Diving Schools Association of Malta, Gozo and Comino and the Malta Tourism Authority (MTA).

As further evidence of its successful courting of divers, the MTA has announced that all 7500 of the 100-euro vouchers in its Diving Voucher Scheme have been successfully allocated. The initiative has now been placed on hold while the 62 approved dive-centres involved catch up with the demand.

The scheme was announced in late April, as reported on Divernet, as part of a 2.25-million euro tourism-recovery plan for the Mediterranean islands. The scuba vouchers can be redeemed by visitors until the end of 2021.