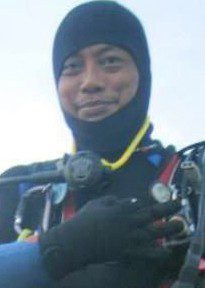 An Indonesian volunteer diver who died during search and rescue operations at the Lion Air JT610 plane-crash site off Jakarta is believed to have been a victim of decompression illness.

Rescue operations were suspended at around 4pm on 2 November as darkness fell, but Syachrul Anto had yet to surface, according to a report in the Straits Times. He was later found unconscious by fellow-divers and taken to hospital, where he was declared dead at around 10.30pm.

Syachrul was an experienced diver who had assisted with emergency operations before, including the crash of AirAsia QZ8501, also into the Java Sea, in 2014.

He had only recently returned to his home to Surabaya, Java, after taking part in the earthquake relief operations at Palu in North Sulawesi, and had volunteered to help with the JT610 operations using borrowed diving equipment.

Lion Air’s Boeing 737 Max 8 aircraft had plunged into the Java Sea shortly after taking off on an internal flight five days earlier, with the deaths of all 189 passengers.

Diving operations at depths of around 30m centred on recovering bodies and finding the black-box flight recorder, which has now been retrieved.

Syachrul’s family declined a post mortem and asked for his funeral to take place as soon as possible in line with Islamic custom.

Indonesia’s President Joko Widodo recognised the diver’s contributions to search and rescue efforts, saying: “We hope there will be no more instances of divers dying in the field.”