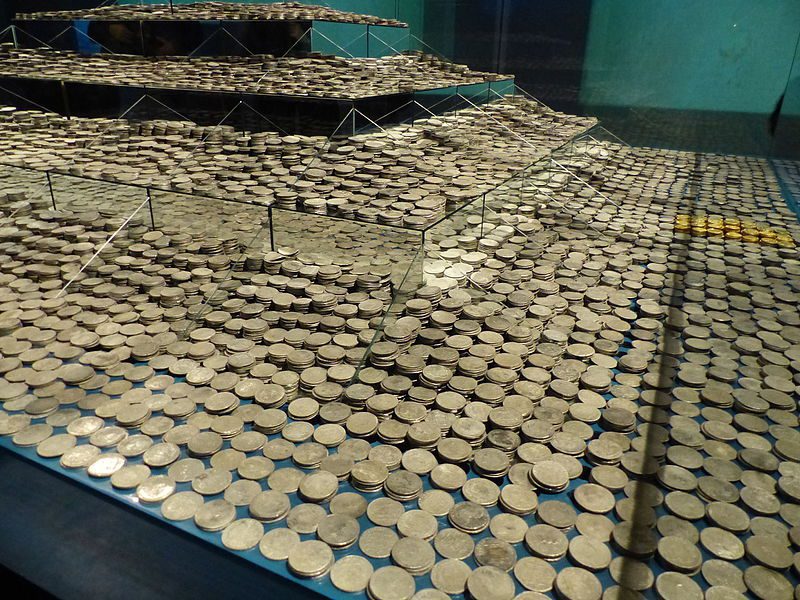 A Spanish court has rejected a criminal action against Odyssey Marine Exploration, the US shipwreck salvor that had been accused by Spanish maritime archaeologists of ruining an historic wreck-site when it stripped it of more than 13 tonnes of precious coins 14 years ago.

The Florida-based underwater exploration company raised silver and gold coins worth an estimated US $500 million from the wreck of the Nuestra Senora de las Mercedes, which it had discovered in 2007.

HMS Amphion had sunk the Spanish navy frigate off Portugal’s south coast on 5 October, 1804 during the Battle of Cape Santa Maria, although the two nations were at peace at the time. Of the 301 Spanish crew, only 51 survived the sinking.

The frigate had sailed from Uruguay as part of a small flotilla and was carrying 574,553 silver and 212 gold coins minted from metal mined in Peru.

Spain, and for a time Peru, disputed Odyssey’s claim to the treasure, and after a protracted legal battle in the USA Odyssey was forced to return it to Spain in 2012.

In 2016 a separate case against Odyssey alleging criminal damage of the wreck-site was overturned, and now an appeal against that decision by Spanish archaeologists has also been rejected, according to Associated Press.

A panel of three judges sitting in a Cadiz court ruled that a five-year statute of limitations applied to the case, making their decision final. However, they expressed regret that a 2013 request to the USA for Odyssey’s owners to submit to questioning had been ignored.

The treasure is held at the National Museum of Underwater Archaeology in Cartagena in southern Spain.