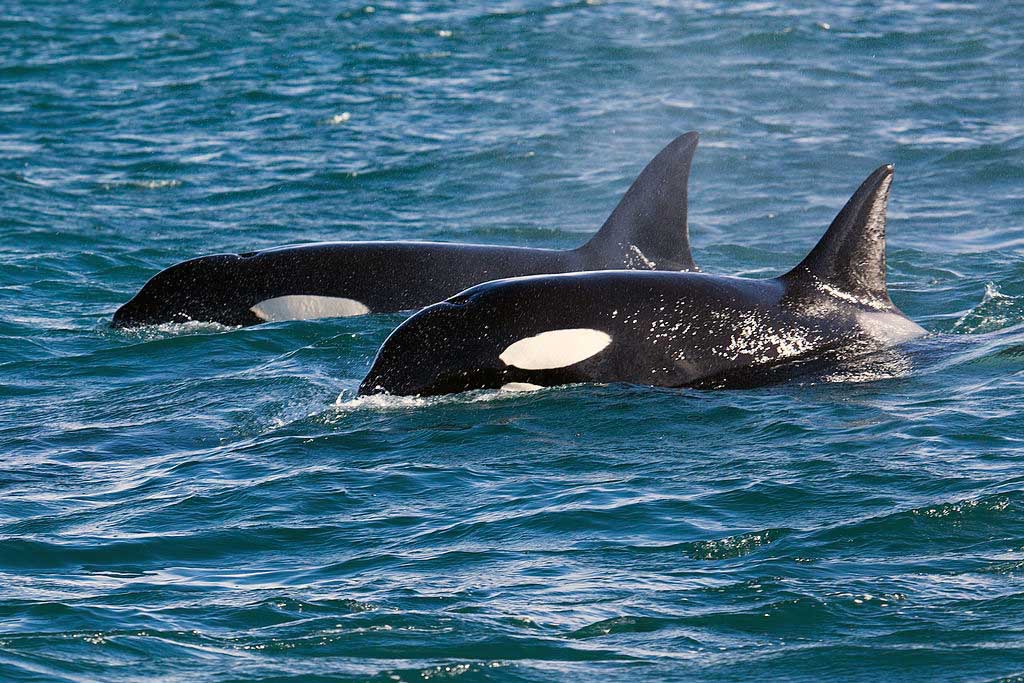 Unprecedented drone footage has revealed that individual orcas form close personal affinities with others – and that their pods tend to be run by the younger and female whales.

Researchers tracked a single pod of 22 southern resident killer whales (Orcinus orca) for 10 days in the Pacific, in an aerial monitoring exercise on a scale not attempted before. The resulting study was based on almost 11 hours of video footage.

Orcas live their entire lives in the pod into which they are born, but the researchers noted that in the time they were under observation their inter-relationships seemed to ebb and flow.

Most orcas showed a preference for the company of particular individuals, and this could be recorded because they would surface with them and touch them more often than others. Often they would be of similar age or the same sex, and the signs of co-operation they exhibited implied a close bond.

The study, led by the University of Exeter, was built on more than four decades of data collected by the Centre for Whale Research on southern resident killer whales, a Critically Endangered population.

“Until now, research on killer whale social networks has relied on seeing the whales when they surface, and recording which whales are together,” said lead author Dr Michael Weiss.

“Looking down into the water from a drone allowed us to see details such as contact between individual whales. Our findings show that, even within these tight-knit groups, whales prefer to interact with specific individuals.

“It’s like when your mum takes you to a party as a kid – you didn’t choose the party, but you can still choose who to hang out with once you’re there.”

Patterns of physical contact suggested that younger orcas and females played a central social role in the group, and that the older the whale the less central its role became.

“We were amazed to see how much contact there is between whales – how tactile they are,” said Prof Darren Croft. “In many species, including humans, physical contact tends to be a soothing, stress-relieving activity that reinforces social connection. We found fascinating parallels between the behaviour of whales and other mammals.”

One of the drones used was bought through a crowd-funding campaign. The research is published in Proceedings of the Royal Society B.

*****  ANOTHER newly published study has revealed that individual bull sharks also seem to form affinities with each other, showing a preference for certain sharks while avoiding others.

International researchers led by Dr Thibaut Bouveroux of the Dauphin Island Sea Lab in the USA analysed data based on 3000 shark dives carried out by Beqa Adventure Divers over 13 years on the Shark Reef Marine Reserve off the island of Viti Levu in Fiji.

They were looking for long-term associations patterns in the behaviour of the 91 individuals that could be identified through fin damage or scarring.

Bouveroux said that while the word “friendship” could be applied only to humans, affinities and avoidances did seem to occur among the bull sharks. It was however emphasised that because the data all derived from baited shark-feeds at a single site the conclusions should be treated with caution.

The research is published in Frontiers in Marine Science.