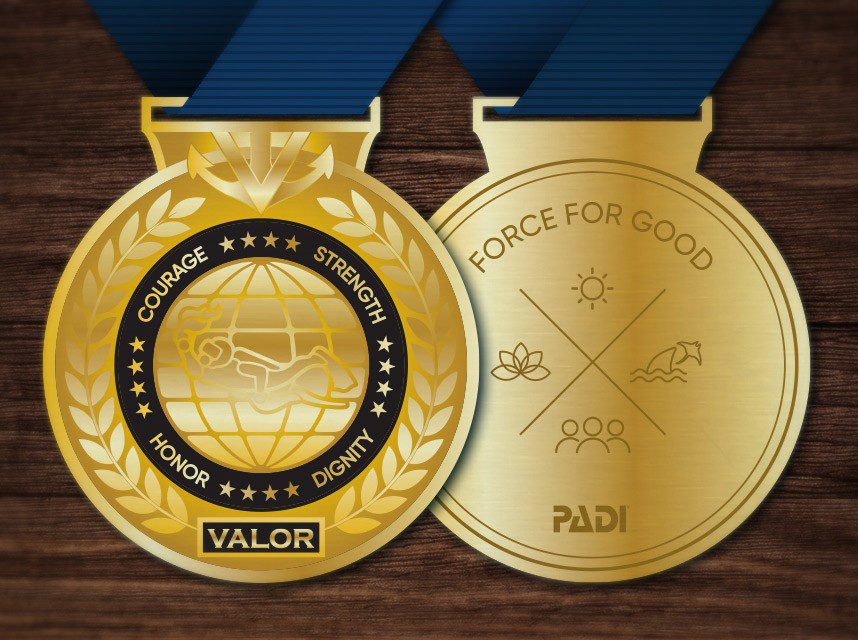 British cave-divers Rick Stanton, John Volanthen, Jason Mallinson and Chris Jewell and Australian diver Dr Richard Harris are to be the first recipients of a specially created PADI “Medal of Valor”, in recognition of their rescue of 12 boys and their soccer coach from the flooded Tham Luang cave in Thailand this summer.

PADI says that “the courage, strength, honour and dignity displayed during the rescue operation” led it to create the medal to commemorate “one of diving’s greatest moments in history”.

Stanton and Mallinson will travel to the USA to accept the medal on 13 November, during the annual DEMA dive-trade show in Las Vegas.

For 18 days in June and July the international rescue effort involved more than 1000 individuals.

“It was an awe-inspiring example of humanity at its best, focused on a single noble purpose,” says Drew Richardson, President and CEO of PADI Worldwide. “This complex rescue operation demonstrated action and focus propelled by the unshakeable conviction that those boys would not die on diving’s watch.”

Richardson said that everyone involved had faced and accepted the difficulties, dangers and risks inherent in the rescue. “On behalf of the entire PADI family, it is an honour to recognise these heroes and extend our immense gratitude for representing diving’s finest hour.”

Stanton and Volanthen, who have led a number of high-profile cave-rescue attempts in the past, were the first to discover the soccer team after they had been trapped for nine days. They were also responsible for bringing out four trapped rescue-workers in the early stages of the operation, a further exploit revealed only later.

They led the dive rescue and extracted all the boys safely along with Mallinson and Jewell, who also worked to carry food to those trapped. Dr Harris also played a critical role in the rescue, says PADI, administering sedatives to the boys to facilitate their extraction.

“Their daring mission is a wonderful opportunity to show the world what the diving community is made of, and what can be accomplished through a combination of proper training, trust, courage, passion and perseverance,” says Richardson.