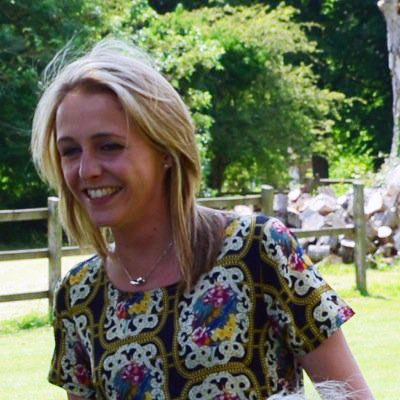 A newly graduated British doctor died on Mexico’s Yucatan peninsula during an open-water course dive – and her instructor called for her phone to seek advice rather than trying to rescue her.

That was the claim made at an inquest held in Bristol this week (24 November) into the death of Dr Olivia Byrom on 8 June, 2018.

Shortly after the fatal incident, a friend of Byrom’s contacted DIVER magazine to say that her family had been left in the dark about the circumstances of her death. DIVER subsequently contacted the main dive-centres in the Tulum area for information but there appeared to have been a news black-out.

PADI told DIVER at the time that a report had been filed and was under review, and that “there will be Quality Management action taken as a result of an incident occurring while the victim was in training”.

Byrom, 29, had gone travelling in Mexico with friend and fellow-doctor Olivia Bird soon after completing her six-year medical degree at Bristol University.

Bird was a qualified PADI diver, though it is unclear to what level. She had enrolled on a refresher course and Byrom on a five-day entry-level course in the resort town of Tulum, though the name of the dive-centre was not given in reports on the inquest by the Bristol Post and Daily Mirror.

Coroner Jason Pegg heard that Byrom had dived on 5 and 6 June without issues, but had taken the following day off after showing signs of heatstroke. Feeling better on the day of the incident, she had gone for an 18m dive with her friend and an instructor named only as Peggy.

It was not clear from the reports at which point if any on the dive the instructor had left the other two divers. Bird told the coroner that Byrom “was ahead of me all the time, and I was conscious that when diving you need to be close to each other”. They had ascended a buoyline and carried out their 5m safety stop, during which she said Byrom had “seemed fine”.

They had stopped again 1.5m below the surface, and Bird said she had given the OK signal to Byrom before completing the ascent, but that she had shaken her head.

“I was quite confused, I didn’t really know what was wrong,” Bird told the coroner. “She then turned away from me as if she was fiddling with something.” At the surface she realised that Byrom was no longer with her, and looking down could see her descending “almost horizontal – on reflection, I wonder if she was unconscious”.

At the surface Bird had alerted the instructor, who she described as “confused”. She said that instead of diving in to look for her friend she had asked someone to fetch her mobile phone from her car so that she could call a superior for advice.

Byrom’s body was later found by another diver on the seabed at a depth of 25m. A post mortem showed that she had died from drowning, and that there were no other medical conditions. No problems were found with her BC or other diving equipment.

The coroner commented that, although he would normally have the power to make a report to avoid the risk of future deaths of this sort, his jurisdiction did not extend to Mexico.

“There was a delay in seeking assistance for Liv, the instructor didn’t go down to seek to rescue Liv and the safety system in place was inadequate,” he said, concluding that Byrom died of drowning caused by a scuba-diving accident. “I find the procedures in place, the safety mechanisms, were inadequate and that did play a part in Liv’s death.”