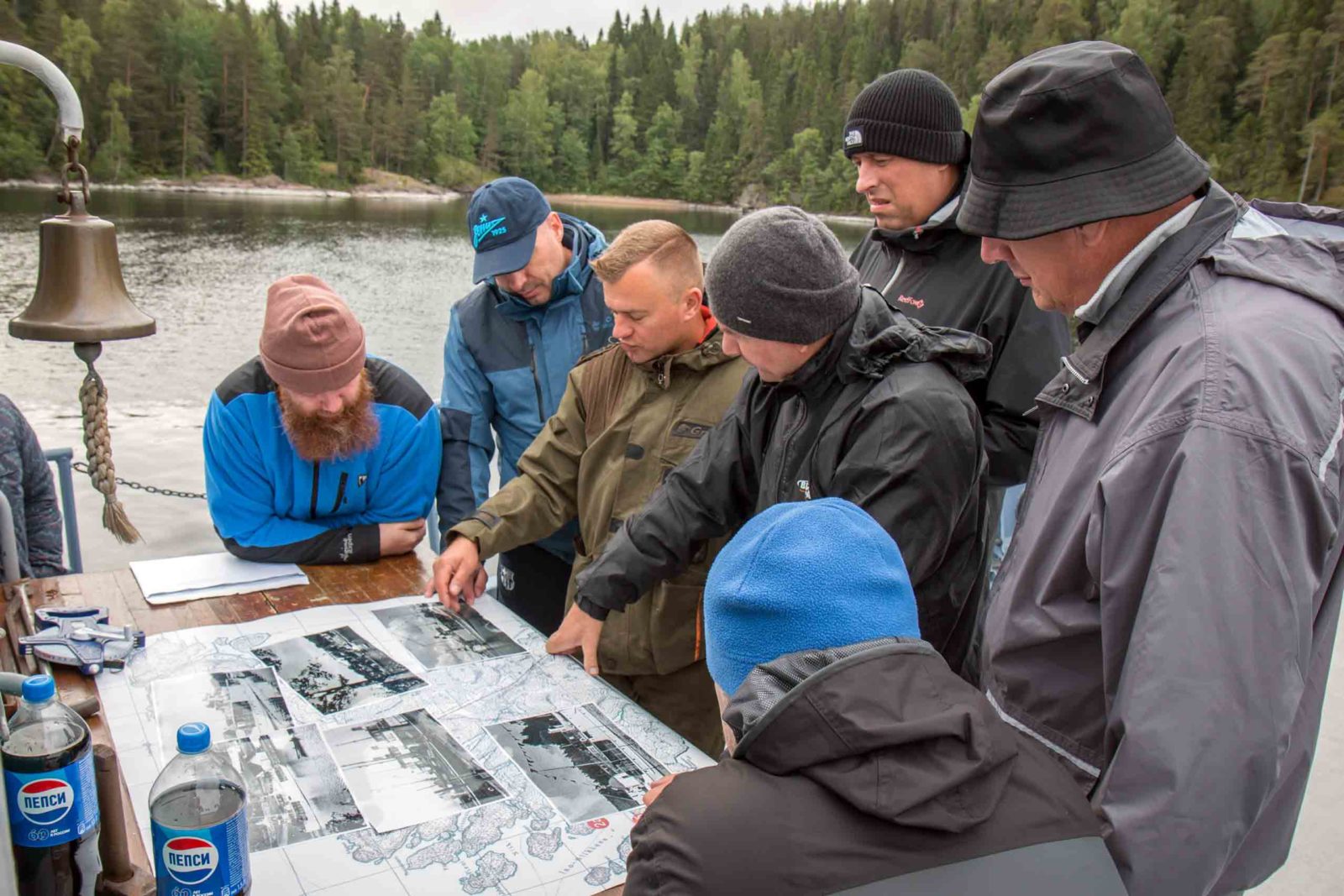 Russian scuba divers have identified a 160-year-old steamship called the Walamon Luastari that sank in Lake Ladoga in a 1940 air-raid – and have told Divernet that they believe their discovery is one of the most significant to be made in Russia in recent times.

Ladoga is Europe’s largest freshwater lake, and Russia’s second-biggest after Lake Baikal. It lies in Karelia in the north-west, bordering Finland.

With low visibility and very cold water the lake presents a challenge for divers, and although it is believed to hold many shipwrecks and remains of military equipment it has not been extensively explored.

Members of the Divo diving club, from further south in the Oryol and Voronezh areas, first visited the lake in search of wrecks in 2017. They came across the remains while carrying out a side-scan sonar survey, and returned last year in a bid to dive and identify the wreck.

The 30m Walamon Luastari started life in Sweden in 1860 as the Gusraf af Klint and from 1889 came under Finnish ownership as the Kjell.

After 70 years of service carrying passengers and goods in the Baltic, and reportedly maintained in excellent condition, it began work on the Valaam-Lahdenpohya route on Lake Ladoga in 1931 under its new name Walamon Luastari, which means “Valaam Monastery”.

The boat became a victim of a bilateral conflict known as the Winter War, which began when the Soviet Union invaded neutral Finland three months into World War Two. Part of Ladoga belonged to Finland at the time, including the island of Valaam where the wreck was found, and all the lake vessels including the Walamon Luastari were requisitioned by the Finnish Navy to form a war flotilla.

On 22 January 1940 the vessel, which was being used as an unarmed transport vessel, was attacked in Nikonovsky Bay by three Soviet bombers. One bomb struck the stern, where fire broke out, and was followed by three more direct hits.

The crew managed to escape in lifeboats and within 75 minutes the vessel had sunk in a depth of 12m. It was the only combat loss among the flotilla during the six-month conflict.

The Divo club divers had initially believed they had found the wreck of a vessel called the St Sergius, but their dives revealed a Walamon Luastari nameplate on the wreck.

“Participation in this expedition was a rare opportunity to touch history,” club-member Stanislav Trofimov told Divernet. “For me, diving in difficult conditions with poor visibility and low temperatures was a first. There was solid darkness around and at first I was confused, but then I saw in my torchlight the side of the ship.

“I saw well-preserved hemp ropes and masts fallen slightly to one side. I tried to investigate each porthole to see what was inside. The charred timbers reminded me of the fire that had occurred on board in distant 1940 – it was like a time capsule.

“Nothing seemed to have changed in 80 years, apart from the accumulation of sediment.”

Find more about the expedition in the March issue of DIVER.