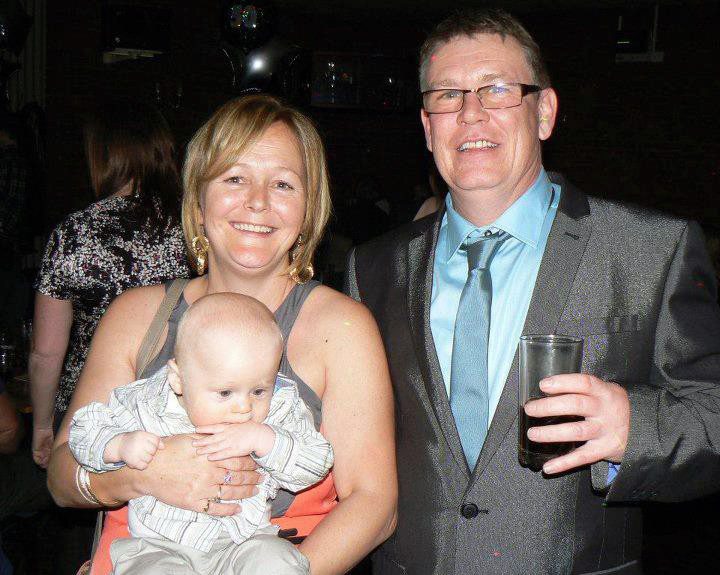 In a landmark legal action likely to have serious ramifications for dive-charter businesses, the nine-year-old son of Lex Warner, the technical diver who died in Scotland in August 2012 following an injurious fall on a boat-deck, has been awarded £290,000 in compensation.

A judge at the Court of Session in Edinburgh finally ruled yesterday (3 September) that Andy Cuthbertson, proprietor of Orkney-based Scapa Flow Charters, had done too little to minimise risks to divers moving around his dive-boat Jean Elaine while wearing fins.

When an earlier legal action for negligence brought by Warner’s widow Debbie was time-barred, the UK Supreme Court ruled three years ago that she could bring the £500,000 suit again as guardian of the couple’s son Vincent, then aged six, as reported in 2018 on Divernet.

The case was heard by Lord Sandison this July after delays caused by the Covid pandemic. He had then decided to take additional time to consider before announcing his verdict.

Warner, 50, was an experienced technical diver and instructor from Sutton Coldfield who worked as an industrial cleaning contractor. He was part of the Dark Star dive group, which had chartered the Jean Elaine for a week’s wreck-diving at Cape Wrath off Sutherland.

He was moving kitted-up with his rebreather and bail-out stages from his seat to enter the water when he fell and sustained what later turned out to be a serious liver injury.

After other instructors had lifted him up he had insisted that he was OK to dive and the go-ahead was given for him to enter the water for the 88m dive. However, at depth he began to feel unwell and tried to return to the surface.

Analysis of Warner’s dive-computer showed that he had reached his maximum depth after 9min 20sec and started ascending at around 7m a minute, reaching two other divers who reported that he seemed distressed.

He had stopped breathing by the time he was brought back to the Jean Elaine, and resuscitation attempts failed. The inquest into his death at Birmingham Coroner’s Court in 2014 returned a verdict of accidental death caused by drowning, combined with traumatic liver injury.

The Marine Accidents Investigation Branch (MAIB) had stated at the inquest that there had been no evidence of a formal risk-assessment being carried out for a kitted-up diver moving between seat and entry-point. Cuthbertson said at the time that he was satisfied with safety measures on his boat, and felt that nothing could have been done differently.

The MAIB inspector had also stated that Warner’s injury was so severe that his condition would have reached emergency level even had he not dived.

This July the family’s claim that Scapa Flow Charters had failed to take reasonable care for Warner’s safety was countered by the operator’s insistence that after sustaining his injury he had elected to carry on with the dive. Once kitted up and wearing fins, it maintained, Warner had a duty to walk across the deck carefully.

In Lord Sandison’s written judgment, he agreed with the family’s contention that the most likely cause of Warner’s decision to ascend rapidly was pain. He said that the diver had died because while at 80m he became aware of pain as a consequence of the “intra-abdominal haemorrhage suffered as a result of his fall on deck”.

The “anxious and ultimately panicked” state in which he had started the ascent had affected Warner’s breathing, stated Lord Sandison: “He became unconscious or otherwise unable to retain his breathing mouthpiece, which fell out of his mouth, causing him to drown.

“The injury suffered by him in the fall materially contributed to the sequence of events leading to his death.”

He concluded that Cuthbertson had been guilty of fault and neglect “in that he failed to recognise that the system of dive preparation he had set up or allowed to develop permitted or even encouraged divers to walk on deck in fins, and that that was an inherently risky activity.” He should have considered putting in place mechanisms to eliminate such a risk or “at least bring it under close control”, stated the judge.

Referring to earlier MAIB reports of other such falls on decks by technical divers, he said that the risk that such a fall could cause injury was already well-recognised in 2012 and should have been appreciated, “given that it would involve a diver laden with heavy and solid equipment coming into contact, quite possibly uncontrolled and hard contact, with an unyielding surface (be that the deck, the boat’s superstructure, or the equipment itself) without the benefit of any protective garb”.

A system “for the promotion of safer fin practices” could have been applied where necessary without a “single and inflexible system of operation” needing to be implemented on every trip regardless of individual circumstances, said the judge.

Had such a system been in place, he considered that Warner would not have fallen or, if he had, would not have sustained such a serious injury, because the force could have been broken by him “holding onto a handrail or being supported by the deckhand”.