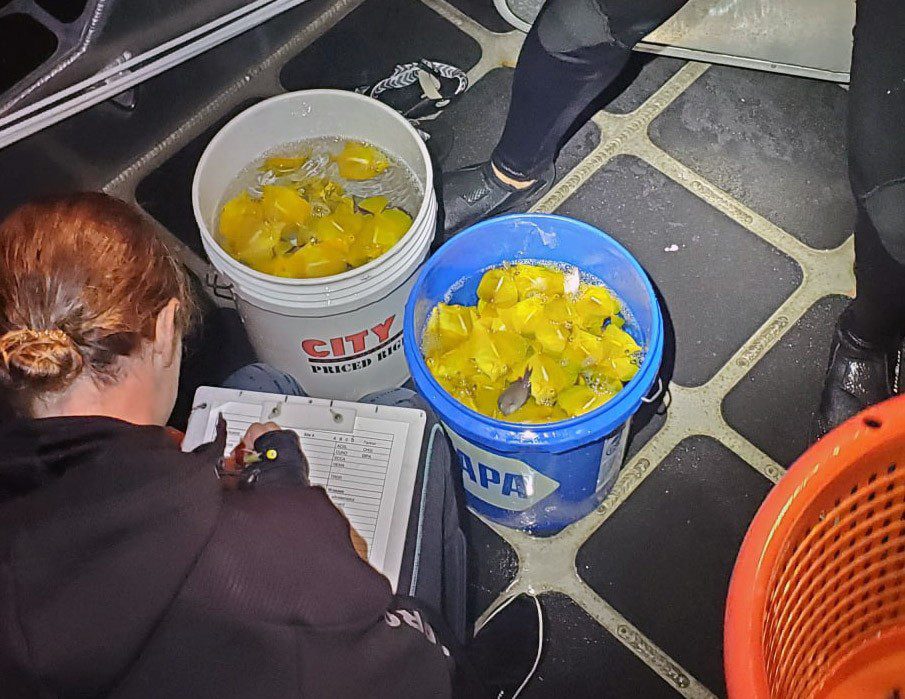 Two scuba divers were abandoned in open water off Hawaii, after their dive-boat had been intercepted for illegal collection of fish for aquaria and sent back to harbour. Now the married couple responsible for the poaching have been fined a record US $272,000 – and that’s before the case even reaches the criminal courts.

The incident occurred within the West Hawaii Regional Fishery Management Area, off the town of Kona on Hawaii Island, on 15 September last year. The civil fine has been imposed on Stephen Howard and Yukako Toriyama following a unanimous vote by Hawaii’s Board of Land and Natural Resources (BLNR).

Howard, described as an “aquarium collector”, had left Honokohau harbour and dropped off his wife and an unnamed female dive-buddy to collect the fish. Officers from the Division of Conservation & Resources Enforcement intercepted the boat following a tip-off and ordered him to take it back to shore, which he did – leaving the divers in the water.

The other woman told investigators that the pair had surfaced to find Howard and the boat gone. A multi-agency marine search and rescue operation had been mounted when it was realised what had happened, only to be called off late that afternoon when the women were found on land with their dive gear. They had made it back to Kona and were spotted at a filling station.

Biologists from the National Oceanic & Atmospheric Administration’s Office of Law Enforcement and Hawaii’s Division of Aquatic Resources checked the 235 fish that the divers had already caught and left on the boat. They identified 10 species with an estimated retail value of $24,730, and later returned the fish to the sea.

Howard was fined for 16 fishing and boating violations, and Toriyama on nine Hawaii Administrative Rules (HAR) counts. The couple are now preparing to face criminal charges in Hawaii District Court.

“I hope anyone engaged in illegally depleting Hawaii’s natural resources will realise the cost of breaking the law, based on the high fines levied in this case,” commented BLNR chair Suzanne Case.

*****  IN FLORIDA, a female scuba diver disappeared around 10am yesterday morning (2 March) while diving the Vandenberg military transport wreck, a well-known artificial reef that lies in 45m depth off Key West.

Florida Fish & Wildlife Conservation Commission reported that it had been searching the area all day with the help of a US Navy helicopter, special forces divers and the Monroe County Sheriff’s Office dive-team.

The woman has not been named, and it was not known whether or not she was diving alone, but according to the Miami Herald she had entered the water from a 12m dive-boat run by Dive Key West.