Recently at a local dive-site, I saw a pair of divers come to the surface in such a way as to make me wonder whether they thought that the dive had ended when they left the bottom. The creation of a large Jacuzzi a few seconds before one of the diver’s heads broke the surface grabbed my attention first.

That he arrived on the surface with his BC already inflated only confirmed my suspicions that this was not a perfect ascent. A couple of rapid 360s, combined with a “where am I?” expression on his face, was followed up with a half-hearted “I’ve made it back alive so I must be OK” signal. His buddy arrived on the surface a few seconds afterwards – I don’t think his ascent skills were any better.

It’s true that for most of us, the descent and the exploration at the bottom is the exciting part of the dive. But in terms of what’s about to happen in your body, the ascent is where it’s at.

Expanding air will be trying to escape from your BC, drysuit, middle ears, sinuses, lungs, and even your teeth. Nitrogen bubbles might try to form in body tissues – and probably will, in most cases.

As well as having an awareness of the problems these can cause in the back of your mind, you will be controlling your posture in the water, maintaining contact with your buddy, monitoring your ascent rate, and venting air from your BC and drysuit. For some divers, operating a surface marker buoy and performing decompression stops as well could be a task too far.

The one device that can help enormously with an ascent as well as a descent is a shot-line, a temporary anchor-line that you can use as a visual and tactile datum. This gives you an immediate visual reference for both orientation and ascent rate and can help keep a buddy-pair together.

A shot-line needs to be set up before a dive and good dive-boat skippers are well practised at providing them. The other device worth its weight in gold is a dive-computer with a clear ascent-rate display, and even clearer ascent-rate warning.

Before I ascend from any dive, I like to pause for several seconds to think about it and stow equipment that I won’t need during the ascent. If I am planning to use a delayed SMB, I’ll need even longer to get organised. I might want to adjust my buoyancy slightly as well.

In other words I like to clear my head, so that every ascent is a considered and relaxed event entirely separate from the rest of the dive. With deeper dives involving mandatory decompression stops, I believe this approach to be vital, especially because the duration of the ascent and decompression stops could be several times longer than the time spent at the bottom.

Also on Divernet: Night Diving, Developing Core Skills, Coldwater Diving, Caring For Diving Equipment, Calling A Dive, Connecting On The Dive, Dealing With Surge & Swells, How To Stay In Shape 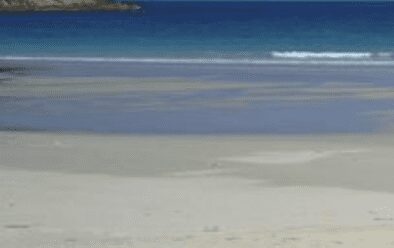