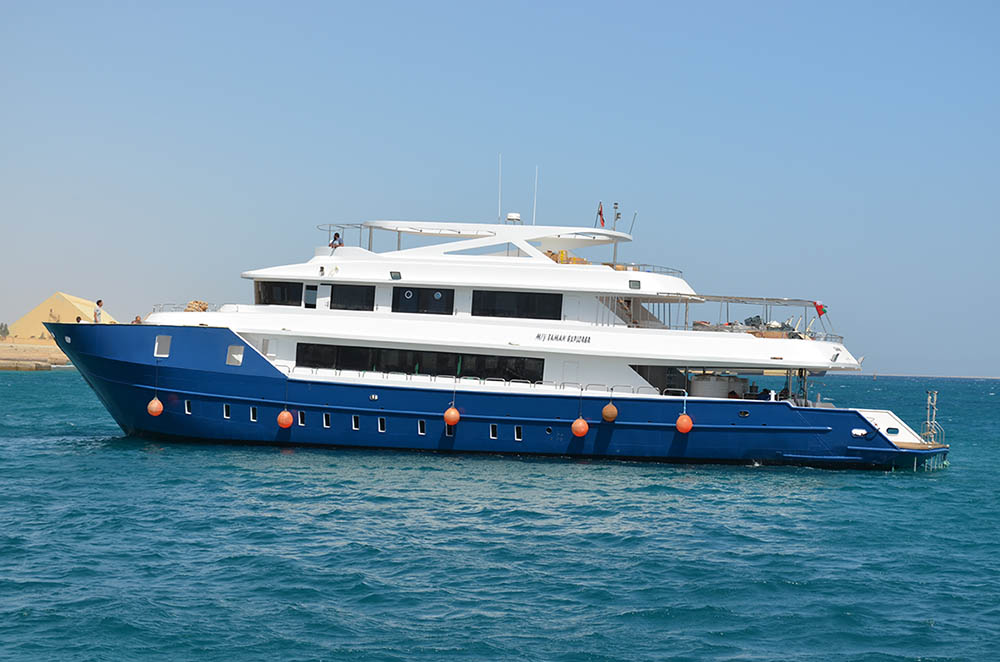 The 140m City of Winchester wreck in southern Oman is open to divers again, exclusively for guests aboard the Oman Explorer liveaboard.

The wreck is that of the first British merchant navy vessel sunk in WW1, but diving there has been forbidden  by the Omani government in recent years. The concession has been granted after long negotiations

Returning from her maiden voyage, the steamer was captured and sunk by the German Navy in August, 1914.

The crew of the 6608-ton ship had disembarked but the cargo of tea and antlers was sunk with the vessel 30m deep near the Hallaniyat Islands, and lay undisturbed until 1986 when Omani divers chanced upon it.

It was finally identified in the late 1990s by British diver Steve Dover, who wrote about it at the time in DIVER.

History apart, grouper, barracuda and schools of jack inhabit the wreck and dolphins and humpback whales have been known to pay it visits.

Book through Extra Divers Worldwide – a seven-night Hallaniyat Islands trip on Oman Explorer out of Mirbat starts at 1850 euros pp, including airport transfers.