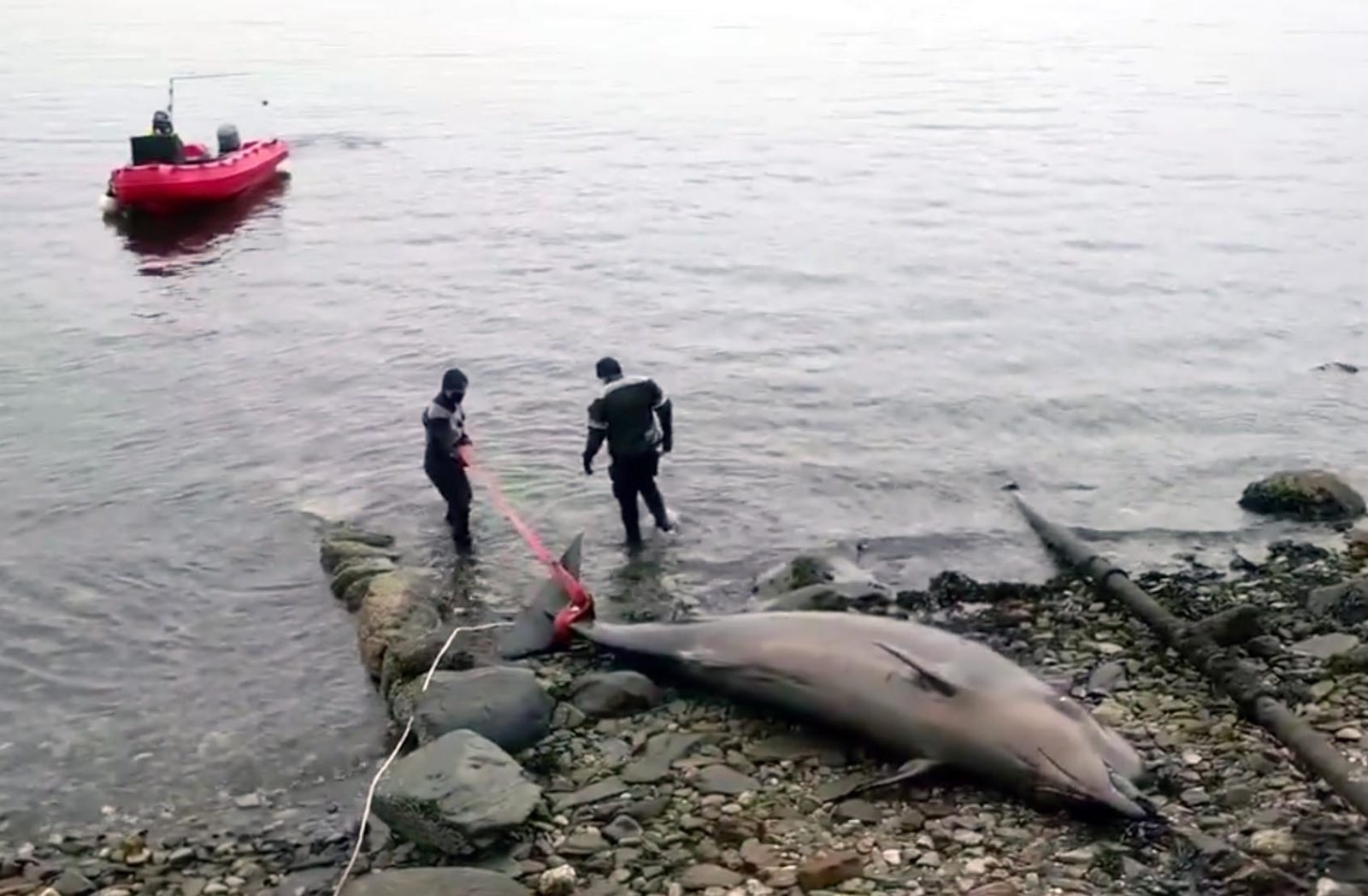 A spate of whale strandings investigated by the Scottish Marine Animal Strandings Scheme (SMASS) has been linked with October’s Joint Warrior war games around Scotland’s north, north-west and north-east coasts.

The exercises are the biggest held regularly in Europe, usually each spring and autumn, and involve the Royal Navy, RAF, British Army and armed forces from other nations. This year 11 countries took part, and 28 warships, two submarines and 81 aircraft were involved along with some 6000 military personnel.

SMASS has described the known deaths of five whales as an “obvious cluster of unusual cases”.

In the first two cases, young male Sowerby’s beaked whales had stranded on the Lothian coast, with post mortems revealing more nitrogen bubbles than could be explained by decomposition – indicating decompression illness as the cause of death.

It’s believed that sonar can scare deep-diving marine mammals into surfacing too quickly, with effects similar to those a scuba diver would suffer on a fast ascent.

“Given how sensitive beaked whales are to underwater noise, specifically naval sonar, we have to consider noise-mediated DCI as a possible cause for these two strandings,” stated the SMASS, which has requested information about Joint Warrior’s activity logs from the Ministry of Defence.

With the help of British Divers Marine Life Rescue volunteers and the National Museum of Scotland, SMASS then investigated three strandings of young northern bottlenose whales in the Western Isles and Clyde sea lochs, although more advanced decomposition in these cases made it more difficult to determine the cause of death.

Meanwhile the Hebridean Whale & Dolphin Trust (HWDT) had been carrying out an acoustic survey while monitoring Joint Warrior from the research vessel Silurian, and expressed concern about how the exercises could be affecting whales as well as dolphins and porpoises.

“Military sonar used during these exercises can disturb cetaceans, who live in a world of sound, relying on their hearing to navigate, find food and communicate with one another,” it said. Using hydrophones it was able to detect marine mammals while also monitoring the military sonar to assess its effects.

Sonar could be heard consistently for four days after the Silurian arrived in Hebridean strait the Minch, and the scientists reported being able to hear it through their headphones “without even putting them on – from the next room! We could even hear sonar when we were stormbound and tucked away in the Summer Isles.”

Over 550 nautical miles the researchers gathered more than 85 hours of acoustic recordings, recording military sonar on 14% of the track-lines conducted on the survey.

In an impact assessment for Joint Warrior issued in September, the Ministry of Defence stated that, following standard operational mitigation, it had been assessed that there was “no environmental impact greater than ‘MINOR’ throughout the JW exercise”.