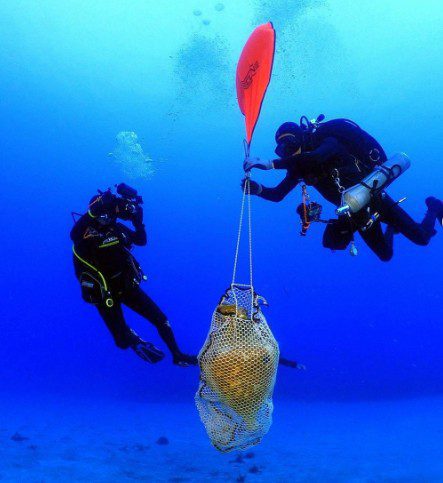 Significant ancient shipwreck discoveries have been made by scuba divers off the remote island of Kasos, according to Greece’s Ministry of Culture & Sports.

The finds were made by archaeological divers between 23 September and 14 October last year, though they have only now been announced.

The Dodecanese island of Kasos, part of the Karpathos region, is the southernmost in the Aegean Sea. The ministry descibes it as having been a “crossroads of civilisations, but also an important navigation centre from Antiquity to recent years”.

The most significant find was reported to be a Roman shipwreck site dating to the 2nd-3rd century AD, identified from its cargo of oil amphoras made in what are now Spain and Tunisia.

A fourth shipwreck was described only as being from “modern times”.

Since 2019 Kasos has been the subject of systematic underwater archaeological research for the first time. The dive team, working for the ministry’s Ephorate of Underwater Antiquities, have been collaborating with the National Hellenic Research Foundation on a three-year project due to be completed this year.

Twenty-three scientists with various areas of expertise took part in what was the second expedition in the programme. They carried out some 100 group dives, studying the seabed remains and recovering artefacts for around 200 diver-hours.