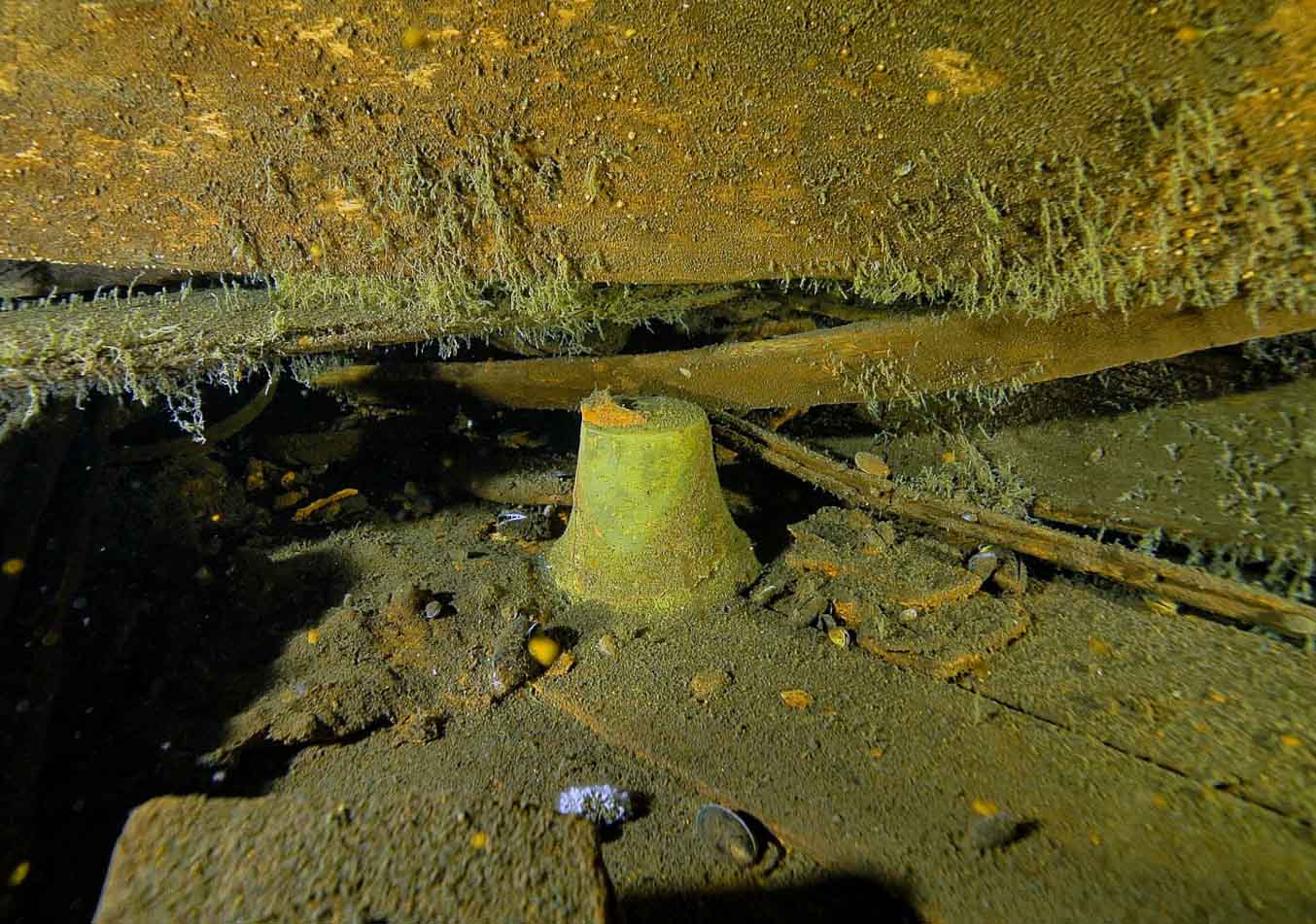 Ten days after finding the bell of WW2 wreck the Frankfurt, the Baltictech dive group says it has come across another bell on a different Operation Hannibal wreck, the Goya, which lies at a depth of 76m.

More than a million German troops and East Prussian civilians were evacuated by sea during the first five months of 1945 as Soviet forces swept west, though the Germans lost 247 vessels during the operation.

Baltictech has been trying to locate the last five Operation Hannibal wrecks to remain undiscovered, of which the Frankfurt was one, as reported on Divernet.

The Goya was a Norwegian motor cargo ship pressed into service as a troop transport for the Kriegsmarine.

Attacked by Soviet submarine L-3 while packed with refugees on 16 April 1945, her sinking was one of the biggest maritime losses of life in history, with only 183 survivors from some 6700 passengers and crew.

The Goya has been dived since 2002, but the divers came across the bell while carrying out a regular wreck inventory in co-operation with Poland’s National Maritime Museum in Gdansk and Maritime Office in Gdynia. Recreational divers are normally forbidden to dive within 500m of the war grave.

The wreck is said to remain in good condition, preserved by the cold Baltic waters.

“This time we focused on the stern part and cargo bay,” says Baltictech. “On the way back we swam through the mess-hall, where Jacek Kapczuk saw and Marek Cacaj filmed a small bell on the floor.”

It wasn’t the ship’s bell, but a smaller one used to summon the crew for meals. “Nevertheless, our hearts beat faster,” said the dive-team. The artefact was left where it lay on the wreck.