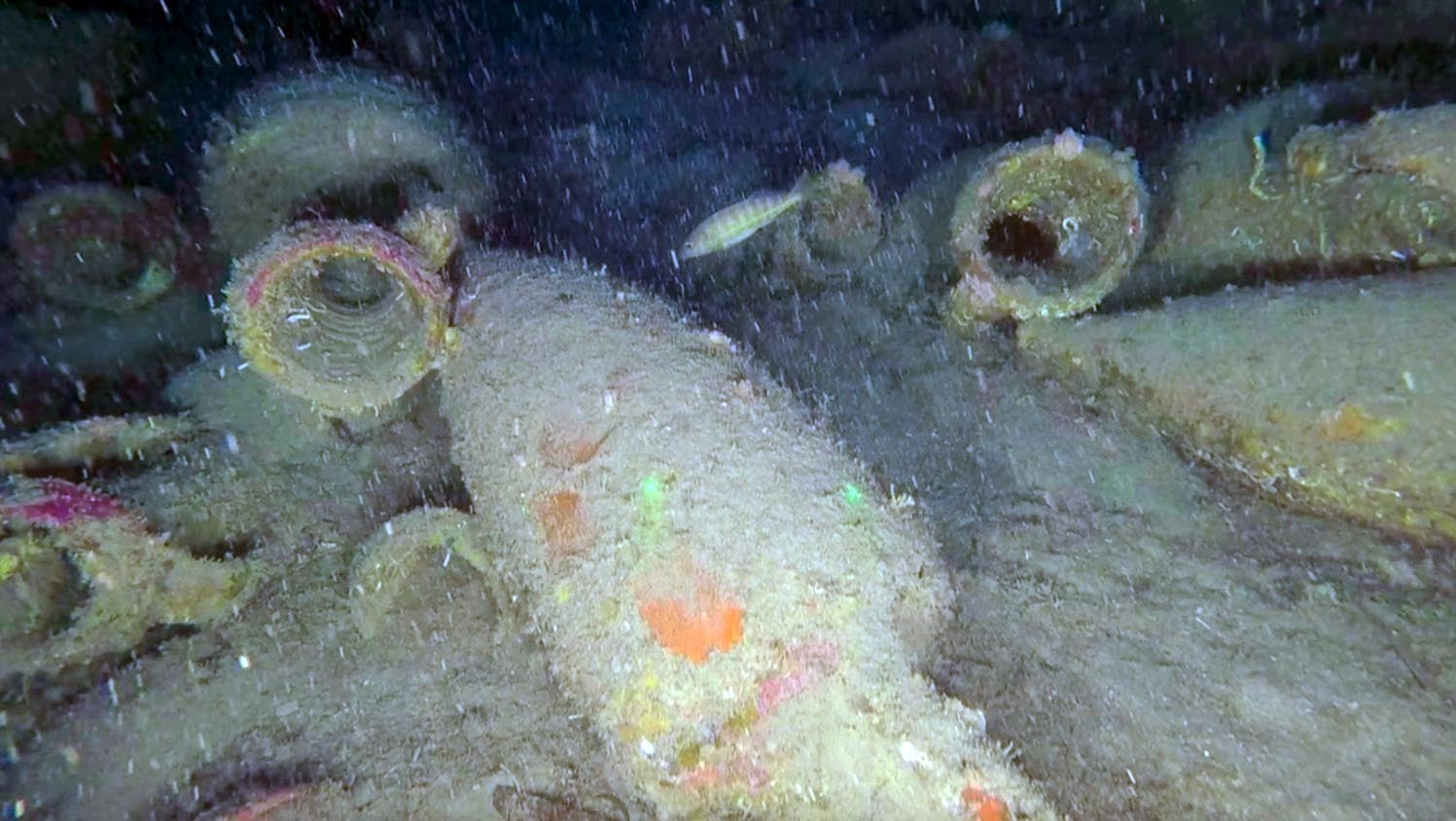 Amphoras from the Isle of Women wreck. (Picture: Superintendence of the Sea)

Roman shipwrecks have been found at two locations to the north of Sicily, reflecting the good reputation earned by the Italian island’s wine in ancient times.

The first site was discovered 80m deep off the small island of Ustica, 32 miles north of Sicily, and has been investigated by technical divers. The operation, co-ordinated by the regional Superintendence of the Sea or SopMare, the equivalent of the Receiver of Wreck, began in May.

The dive-team was led by underwater documentary-maker Riccardo Cingillo and Prof Timmy Gambin of the University of Malta, in collaboration with Ustica’s Mare Nostrum dive-centre and the Coast Guard of the Guardia di Finanza.

Italy’s financial crime investigation unit is involved in such surveys because of growing concerns about black-market trade in artefacts illegally salvaged from ancient wrecks.

The site consisted of heavily concreted amphoras concentrated in a small area, with broken ceramics dispersed over a 14m-wide debris field. The main body of jars are thought to lie on top of more compact layers buried in the sand.

Two of the wine-carriers, variants of the Dressel 1 style of amphora, were recovered and dated to between the end of the 2nd and the middle of the 1st century BC. Dressel 1 amphoras are tall and cylindrical with angular shoulders, long straight handles and a collar rim. The recoveries are being conserved in Palermo on Sicily.

More recently in late July a 2nd-century BC Roman ship was discovered at a depth of 92m near the Isola delle Femmine (Isle of Women) just north of Palermo. It was inspected by an ROV following sonar scanning by SopMare and Arpa Sicilia, which monitors the marine environment, using the oceanographic vessel Calypso South.

Again the wreck was identified by its large cargo of amphoras, thought likely to have held wine and of the earlier Dressel 1A design.