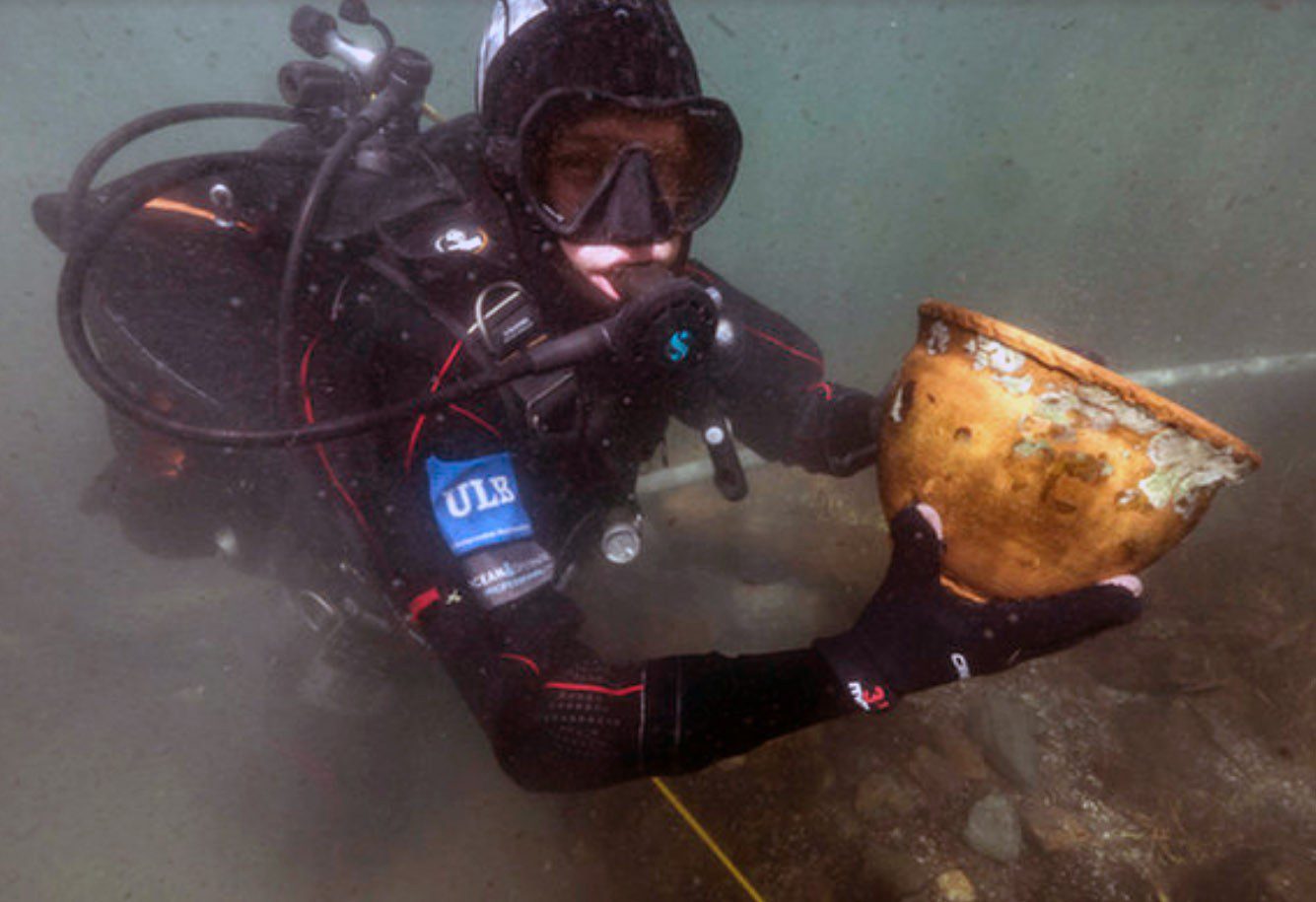 Divers have investigated a South American repository for offerings to the gods – in what they say is the first methodical archaeological excavation of a site in the world’s highest large lake.

The team found a range of valuable items at Khoa Reef, north of the Island of the Sun site in Bolivia’s Lake Titicaca.

The slightly saline “inland sea”, which lies in the Andes 3800m above sea level, was revered by early Andean people as the birthplace of the sun. They once used the island, which today lies at depths of 5m or more, for their ceremonies to propitiate the gods.

Discoveries included ceramic cat-styled incense-burners and metal, shell and stone ornaments, including a lapis-lazuli puma, a turquoise pendant and gold medallions engraved with a ray-faced god. The artefacts were made by the Tiwanaku people for rituals they carried out between the 8th and 10th centuries AD.

Also revealed were the bones of domestic juvenile llamas, which would have been used as sacrifices, and the shells of a warm-water oyster that must have been obtained through trade, possible with Ecuador.

The high-altitude underwater excavation was led by Christophe Delaere from the Oxford Centre for Maritime Archaeology.

He and colleagues José Capriles and Charles Stanish say that the “high-value offerings of vessels, gold, shells and lapidary stones” illustrate how power was consolidated in what was one of the earliest Andean states – the Tiwanaku nation existed between the 5th and 12th centuries AD.

The altitude presented problems for the dive team.

“We work and dive in extreme conditions in hypobaric hypoxia in the heart of the Andes Mountains,” Delaere told Divernet. “In concrete terms, we have 14.7% oxygen and 85.3% nitrogen.

“The problem is not the lack of oxygen but the excessive amount of nitrogen. In terms of decompression, a 30m dive at Titicaca is equivalent to a +/- 60m dive in the sea, which has an impact on the work and duration of the dive.

“For example, we found a 30m-deep site, but in the absence of equipment such as a chamber or nitrox we’re working without decompression stops (only a safety stop) so diving there would give us only eight minutes’ bottom time.

“Water temperature is 10-12 degrees C, and we dive in drysuits for 60-75 minutes before risking hypothermia. The main risk at altitude is shortness of breath, which comes very fast and very hard. A Hyperbaric Operation Manager, Arnaud Bourguignon, supervises our safety and diving protocols.”

Amateur divers first discovered artefacts at Khoa Reef in 1977, and further expeditions during the 1980s and ’90s revealed nearly 400 gold, silver, bone, stone and ceramic items, made not only by the Tiwanaku but also by the Inca people.

Divers made further finds in 2013, including charcoal remains suggesting that the Tiwanaku offered the gods animal sacrifices, but the recent series of dives is claimed to have been the first systematic underwater excavation to be carried out by archaeologists in the lake.

Their study is published in Proceedings of the National Academy of Sciences.